Scientists: Bowhead Whales Are ‘Jazz Singers of the Arctic’ 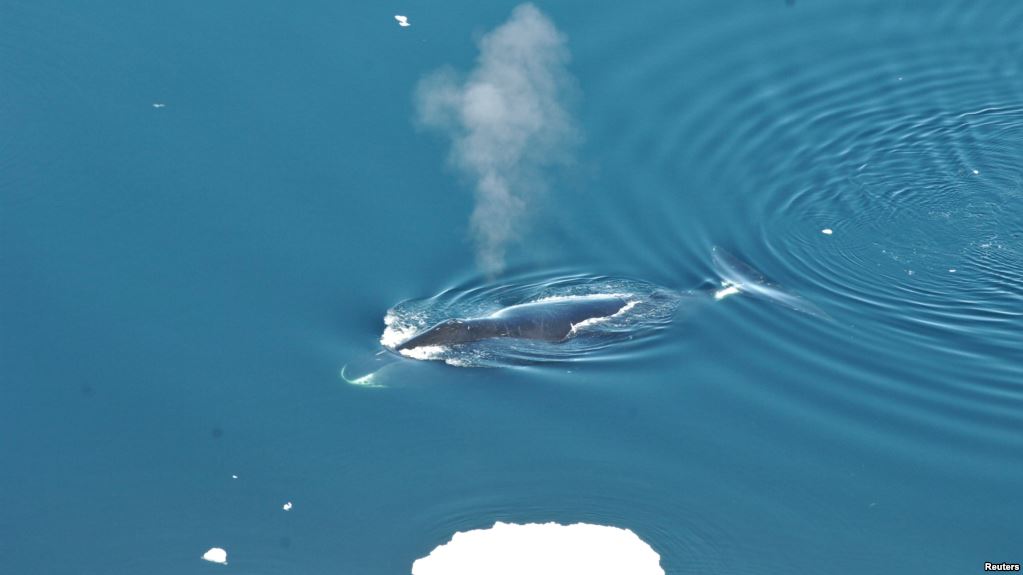 Bowhead whales have many unusual qualities. They can live for 200 years. They have the largest mouths of any living animal, yet only eat very small ocean creatures through a filter-feeding process. They have the thickest blubber, or fat covering, of any whale.

Another interesting quality? Their underwater communication style has scientists comparing them to “jazz” artists.

Researchers this week published findings of an intensive study of the vocalizations, or whale singing, of about 300 bowhead whales. The population they studied lived in waters east of Greenland.

The researchers made the recordings from 2010 to 2014. They used an underwater microphone to gather the largest-ever collection of bowhead sounds.

The recordings show many kinds of vocal sounds that changed often. The researchers identified 184 different songs within the population.

Whales use sound to get around, communicate, hunt for food and find mates. Sound travels easily underwater.

Among the world’s whales, only bowhead and humpback whales produce a wide variety of songs. Other filter-feeding baleen whales, like the blue, fin and minke whales, produce much simpler songs. And their songs stay nearly the same each year.Kate Stafford is an oceanographer at the University of Washington. She described humpback songs as very orderly, like classical music. But the songs of bowhead whales are freer, she said. They do not appear to follow a clear set of rules. Stafford and other scientists compared the bowheads’ songs to jazz music.

“Bowhead whales are the jazz singers of the Arctic. You don’t know what they’re going to do,” she told the Associated Press.

Scientists think only male bowhead whales sing and that they are singing to find a mate. And the males “improvise” their songs to attract females. Improvisation in jazz means to perform a part of a song without preparation.

Kit Kovacs is a scientist with the Norwegian Polar Institute and Norway’s University Centre in Svalbard. She said whales sing to show “readiness to mate.”

“The song is usually only performed by males to communicate both with other males – ‘I am bigger, stronger, et cetera…— and to females — ‘I am big, strong and highly motivated,’” Kovacs told the Reuters news agency.

Kovacs described the bowheads’ sounds as “highly varied.” Some sound “haunting,” she said. Others sound “wild.”

The research was published Wednesday in Biology Letters. It confirmed that bowheads’ songs changed completely within and between years, Stafford said.

Stafford admits that the whales’ jazzy sounds are not for everyone.

“I find the songs to be quite beautiful, but some people compare them to fingernails on a chalkboard,” Stafford told the AP.

One of Stafford’s favorite bowhead songs has repeated sounds of “woo-woo-woo.” Sometimes, the scientist said, she will listen to the songs through her cell phone just to enjoy them. 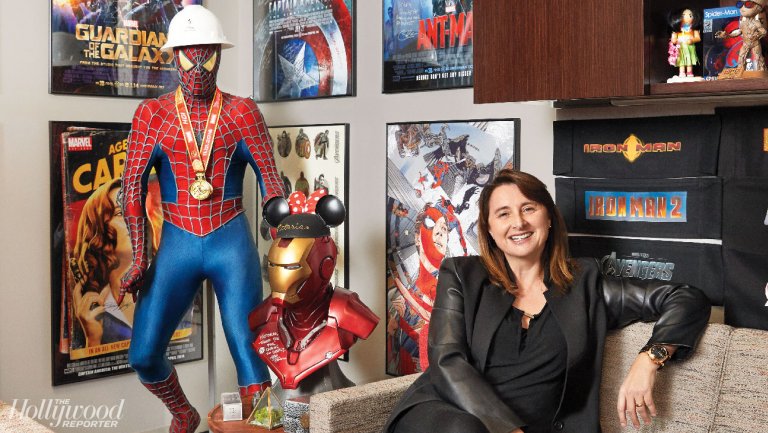 Marvel’s Production Chief: How I Keep the ‘Avengers’ on Schedule and on Budget

Victoria Alonso also discusses the Time's Up movement and how Georgia's flirtation with discrimination against same-sex couples could affect the company's future there. When Victoria Alonso, executive vp physical production for Marvel Studios, walks into any meeting, the first thing she does is tally the number of men and women in attendance, and at the end, she announces the stat.Alonso, 52, first arrived in L.A. in 1990 to pursue acting, but […]