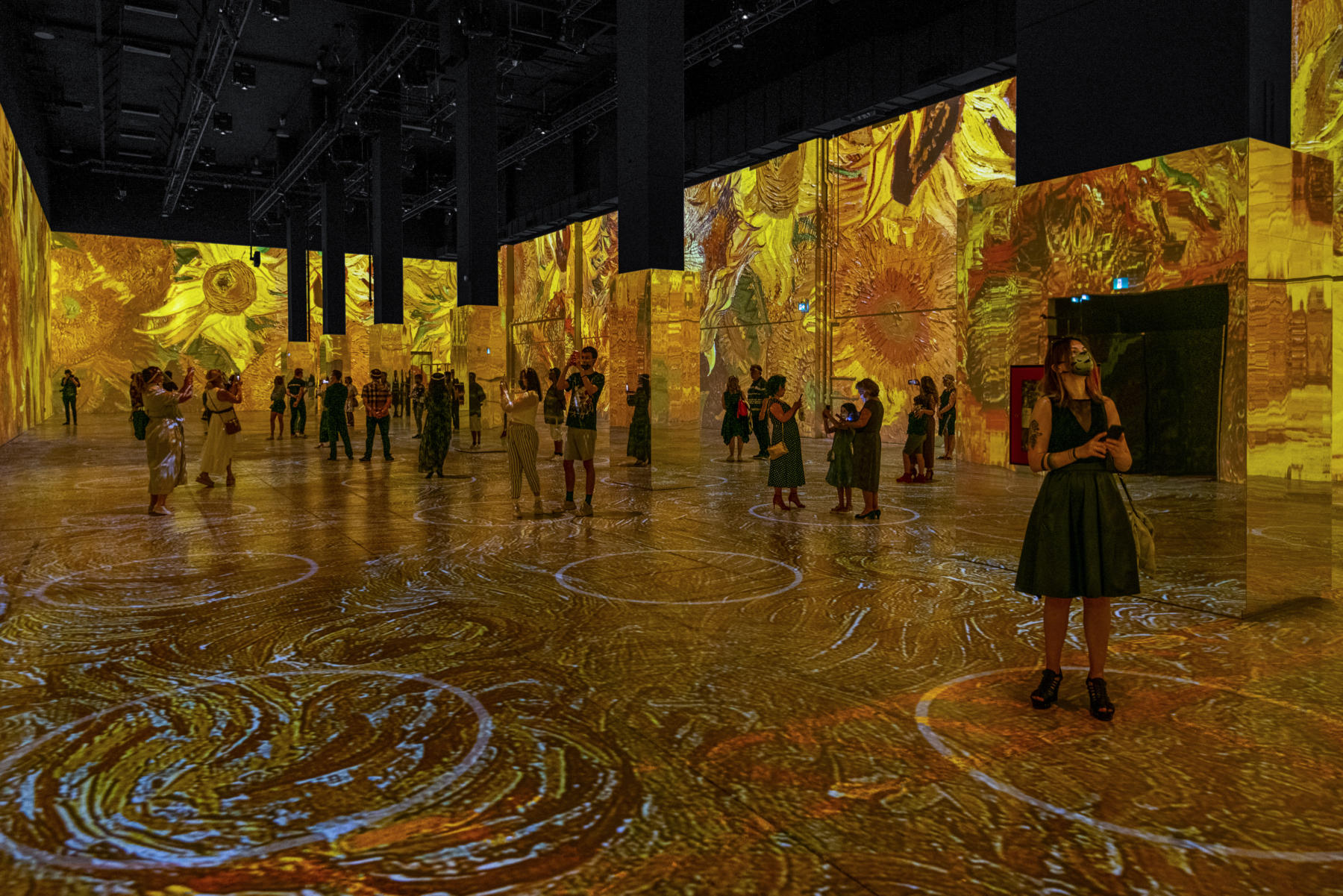 An immersive art experience that has sold out in cities like New York, Los Angeles, San Francisco and Toronto is coming to San Antonio

The Immersive Van Gogh Exhibit has added Alamo City to its list of locations where visitors will be able to walk through animated projections that bring to life the masterpieces of world-renowned artist Vincent van Gogh.

KSAT previously spoke with a spokesperson for the exhibit who said 60,600 video frames totaling 90,000,000 pixels and 500,000+ cubic feet of projections are used to bring Van Gogh’s oeuvre to life.

“We’ve created a unique and enthralling production that functions beautifully no matter what the parameters,” said co-producer, Svetlana Dvoretsky.” It is an honor to bring the arts back into peoples’ lives during these recent challenging times.”

The walk-through experience is limited to an hour with timed entry to help keep the experience contactless and adhere to health and safety guidelines. Visitor capacity to the exhibit is also being limited in accordance with local protocols – making it safe to “Gogh.”

The exhibit will feature a curated selection of images from van Gogh’s 2,000+ lifetime catalog of masterpieces, including Mangeurs de Pommes de Terre (The Potato Eaters, 1885), Nuit étoilée (Starry Night, 1889), Les Tournesols (Sunflowers, 1888), and La Chambre à coucher (The Bedroom, 1889), according to the spokesperson.

Paintings are being presented in a way that shows how Van Gogh originally saw the scenes, based on moving landscapes and active life that he turned into art.

Only a limited number of tickets will be available for the exhibit and dates have yet to be announced. You can sign up for first access to tickets here.

Van Gogh was born on March 30, 1853 and died on July 29, 1890. Aside from his art, he is somewhat infamously known for cutting off his left ear during an argument with fellow artist Paul Gauguin, according to Van Gogh Museum Amsterdam. He would later recall nothing about the event.

Don’t think you can make it to the exhibit?

Check out the video in the media player at the top of the article to get an inside look.

Broadcast on ITV, the event marked the first live large-scale indoor event since March last year. Proceedings got off to a fun start with a Line of Duty skit from host Jack Whitehall. Meanwhile, there were performances from Coldplay, Arlo Parks, Dua Lipa, and Elton John and Olly Alexander, not to mention a swear word-filled appearance from Lewis Capaldi. Female Solo Artist Arlo Parks Celeste Dua Lipa – WINNER Jessie […]