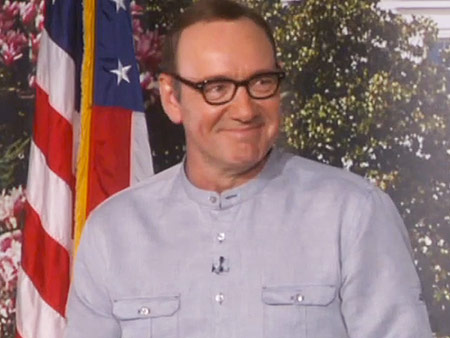 Frank Underwood just got outsmarted by a 5-year-old.

Macey Hensley, an adorable preschooler with an encyclopedic knowledge of presidential history, crushed House of Cards star Kevin Spacey, 55, in a game of White House trivia on The Ellen DeGeneres Show Tuesday.
The little genius stunned Spacey – who plays the commander-in-chief in season 3 of the hit Netflix show – and the audience by correctly answering obscure questions like “Who was the first president to have electricity in the White House?” and “How many rooms are in the White House?” (The answers are Benjamin Harrison and 132, respectively – if you didn’t already know.)
Hensley first started learning about the presidents at the age of 4 by identifying them on money, and her memory bank has continued expanding ever since.
After her TV debut on the talk show in February, Ellen DeGeneres gifted her with an Abe Lincoln costume and her first-ever trip to the White House.
Already an expert on the office, the Kansas-born prodigy hopes to be president herself one day. 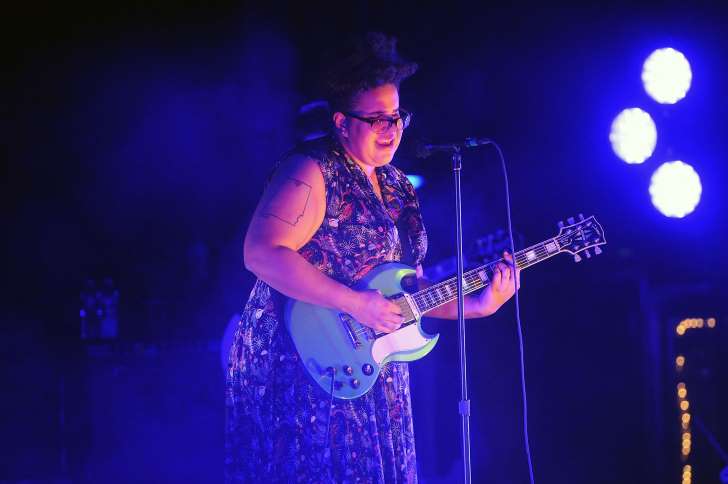 ‘Alabama Shakes’ Scores Its First No. 1 Album on Billboard 200 Chart

Rock band Alabama Shakes earns its first No. 1 on the Billboard 200 chart as its new album,Sound & Color, arrives in the top slot. The set, which was released April 21 on ATO Records, moved 96,000 equivalent album units in the week ending April 26, according to Nielsen Music. The Billboard 200 chart ranks the most popular albums of the week based on multi-metric consumption, which includes traditional album […]