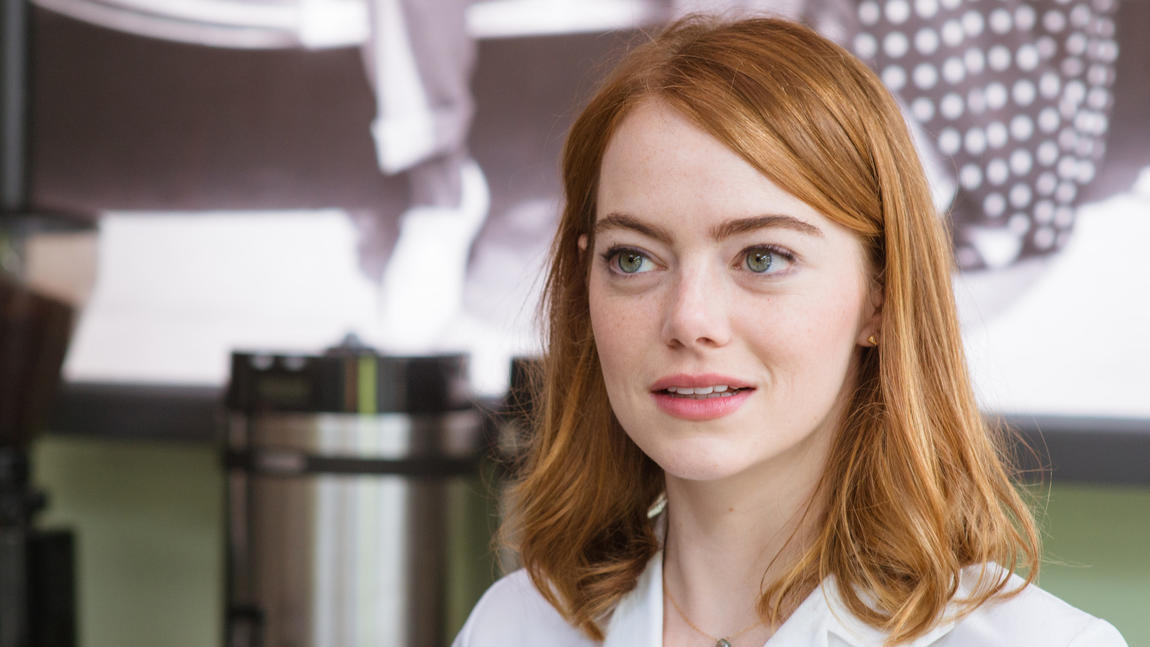 If, as expected, “La La Land” wins the Oscar on Sunday, it would be the first best-picture winner since Clint Eastwood’s “Million Dollar Baby” to feature a woman nominated for lead actress.

Let that rattle around your brain a minute.

That’s 12 years of kings and compromised cops, angst-ridden actors and Afflecks without a best-picture Oscar winner that focused on telling a woman’s story.

If you’re looking for a symbol of where women stand in movies right now, that’s a pretty good place to start, particularly after the Equal Employment Opportunity Commission announced last week that it’s now engaged in settlement talks with studios to settle allegations of systemic discrimination against female directors.

While academy voters have long been fixated on giving the best-picture Oscar to movies telling the stories of great (or greatly compromised) men, there have been stretches where films spotlighting women have won too. (Look at the ’90s run of “The English Patient,” “Titanic” and “Shakespeare in Love” or the five-year stretch that started with Vivien Leigh’s Scarlett O’Hara in 1939’s “Gone With the Wind” and ended with Ingrid Bergman’s Ilsa in “Casablanca.”)

Lately though, movies focusing on women — “Jackie,” “Carol,” “Wild” and “Gone Girl” to name a few — have been overlooked in the best picture category, though their actresses have found favor with the academy.

And none of these films was directed by a woman.

“It’s the latent sexism that’s the biggest problem,” says Angie Fielder, a producer on the Oscar-nominated drama “Lion.” “It’s there. It’s under the skin of everything.”

Yet Fielder and the producers of the year’s other best-picture Oscar nominees express an optimism that change is not just on the horizon but here. And that next year, when San Diego State’s Center for the Study of Women in Television & Film puts out its annual Celluloid Ceiling study, there will be a jump in representation. OK, maybe not a jump, but perhaps a small step forward from this year’s findings that women comprised just 17% of all the directors, writers, producers, executive producers, editors and cinematographers working on the 250 top-grossing movies.

Why the hopefulness in the face of numbers that have remained static for so many years? For starters, the commercial success of female-driven movies such as “Hidden Figures” and “Arrival” have some believing that studios, financiers and agencies will let go of the fallacy that films starring women don’t make money.

There’s also the fact that in the past year, Walt Disney Studios has hired two women — Ava DuVernay for “A Wrinkle in Time” and Niki Caro for “Mulan” — to direct tent-pole movies sporting $100 million-plus budgets. And this too: Five of the nine movies nominated for the best picture Oscar this year have female producers.

But mostly, these producers say, the optimism comes from what they’re doing with their own hiring power.

“It’s a conscious decision to really question each hire that you make and consciously try to bring people in that don’t look like you,” says “Moonlight” producer Adele Romanski. “That’s how you start to have a ripple effect.”

Adds Theodore Melfi, producer, co-writer and director of “Hidden Figures”: “Everyone has to take responsibility for it themselves. You can’t just talk about it.”

For “Hidden Figures,” the rousing period drama about the African American women mathematicians who helped the space program in the early 1960s, Melfi hired a crew that was 35% female, including cinematographer Mandy Walker.

Likewise, when putting together the production team for “Fences,” director (and star) Denzel Washington and the film’s producers hired cinematographer Charlotte Bruus Christensen as well as women for the key jobs of line producer, art director and set decorator, among others.

“You have to look to find them,” Washington says. “But these women are there. And they’re ready.”

Beyond these conscious choices, there’s evidence in the Disney hires that the studio mentality that ignores women or limits their choices of projects may be beginning to change, though not as quickly as most would like.

“There’s such a thing where we’re so narrowly focused on women directing female-driven stories,” “Hell or High Water” producer Julie Yorn offered at a recent producers panel that I led at the Santa Barbara International Film Festival. “Why aren’t they directing the big action movies?”

“I heard they don’t want to,” Romanski jokingly replied.

That institutional bias against women directing genre movies — horror, thriller, action and science-fiction — is a long-standing problem, but obviously, given the grim annual employment numbers, far from the only one.

Lower-budget indie films provide a place for new talent to emerge and different stories to be told. But “La La Land” producer Jordan Horowitz notes that’s its often hard to find financing for female-driven movies because international sales are predicated on what’s worked before. And if the opportunities haven’t been there, that sort of precedent hasn’t been established.

“In the TV space, they’re hungrily looking for stuff that’s female-driven or made by creators of color,” Horowitz says. “And I’m starting to sense that in the film space too, but it’s still a tricky conversation. You have to bang pretty hard at the institutions — agencies, management, studios — to get them to champion people and material that’s new.”

Horowitz knows this from experience, running a production company, Original Headquarters, with his wife, Julia Hart. They have written two movies together — “Miss Stevens,” a charming, well-reviewed drama centered on a female high school teacher that premiered last fall, and the upcoming thriller “Fast Color,” which will begin filming next month. Hart directs both films.

“Fast Color” stars Gugu Mbatha-Raw as a woman forced to go on the run when her superhuman abilities are discovered. It’s a genre movie, an origin story of a woman with supernatural powers that’s in conversation with genre films of the past. In that respect, Horowitz says, it’s like “La La Land,” a synthesis of old and new. But because it’s told and directed by a woman, he adds, it feels fresh simply because it’s coming from a different angle.

DuVernay recently told me much the same thing about her take on “A Wrinkle in Time,” an adaptation of Madeleine L’Engle’s classic fantasy novel.

“Nobody who looks like me has ever made a movie like this, a movie this size before,” DuVernay says. “And because I am black and because I am a woman, I’m going to bring a different perspective — because I’m an artist and I’m doing what artists do. I’m bringing myself.”

Dozens of women directors will be doing just that in movies coming out this year — Kathryn Bigelow (still the only woman to win an Oscar for directing), Sofia Coppola, Sally Potter, “Broad City’s” Lucia Aniello, Patty Jenkins and Caro, who helms an adaptation of Diane Ackerman’s bestseller “The Zookeeper’s Wife.”

“The momentum’s there,” says Kimberly Steward, who earned an Oscar nomination this year for “Manchester by the Sea,” the first movie she has produced. “Women are in the conversation everywhere. I’d like to think it’s more than just lip service.”

Adds Horowitz: “Let me put it this way: I don’t think we’re going to have to wait another 12 years for a best picture winner to focus on a woman.” 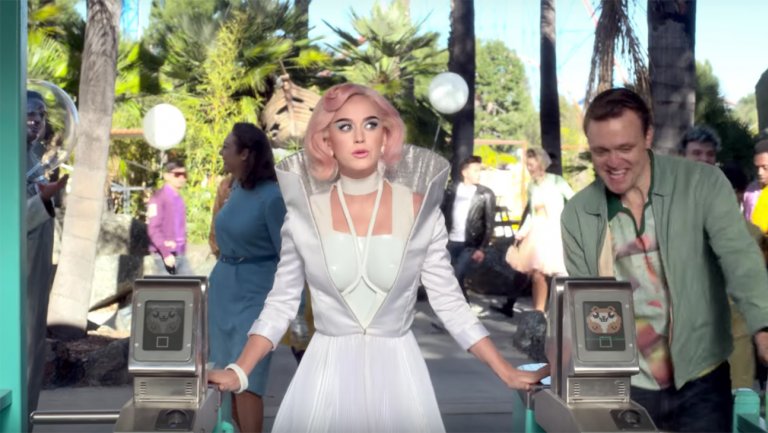 Katy Perry opened the gates to her space-age fun park in the video for her latest single, "Chained to the Rhythm." Wearing a Judy Jetson-worthy white metallic dress and sporting bright pink hair, Perry is seen walking though the gates of the happiest place on Earth, where cotton candy is served in portions the size of giant umbrellas. The video was directed by Mathew Cullen (Jay Z, Taylor Swift) and […]