Ant-Man and The Wasp sets up two Marvel teams

Ant-Man and the Wasp may have chronicled the story of Scott Lang, Hank Pym and Hope van Dyne attempting to rescue the long-lost Janet van Dyne from the Quantum Realm, but along the way it also subtly sowed seeds for the debut of two teams from Marvel’s comics — teams that could be part of the as-of-yet unrevealed Phase 4 of the Marvel Cinematic Universe. 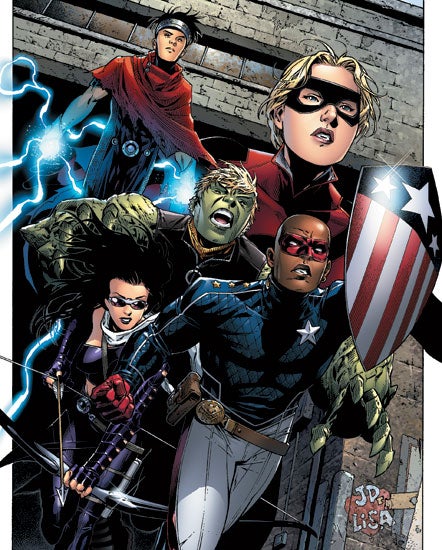 After the day was won, Scott and Hope took a well-earned break to enjoy a movie with Scott’s daughter Cassie. The youngster expressed how she wanted to be her father’s crime-fighting partner because she wanted to help people, just like him. (Awww.) In the comics, a teenage Cassie joins the Young Avengers as the superhero Stature, using powers absorbed from her father’s size-altering tech to fight evil as a towering titan, so there’s a precedent for Cassie to eventually suit up and be a hero like dear old dad.

Marvel head honcho Kevin Feige acknowledged the potential for Cassie to suit up as Stature in an interview with Screen Rant, saying, “Clearly, anything from the comics is our inspiration going forward. We love that Cassie in this movie in particular is inspired by her father, wants to do good. Certainly, we’re following that trend. Where, when, how, we’ll see, but I think it would be cool.” Given Feige’s penchant for planning far in advance, it seems like a safe bet he used Cassie’s seemingly innocent comment to open the door for her heroic transformation and with it the potential debut of the Young Avengers.

The Young Avengers came about at a time in Marvel’s publishing where the Avengers were in a state of turmoil, so a group of teen heroes banded together to fight evil in their place, taking on names and costumes that paid homage to the classic Avengers. Eventually they came into their own their own and, instead of imitating the Avengers, they rebranded themselves with new names and looks unique to their personal identities. In addition to Cassie, members include Patriot (Elijah “Eli” Bradley), Hawkeye (Kate Bishop), Iron Lad (Nathaniel Richards), Hulkling (Theodore “Teddy” Altman), Wiccan (William “Billy” Kaplan), Speed (Thomas “Tommy” Shepherd), and new version of the Vision.

As you might have picked up on, the Young Avengers fit right into where the Avengers will seemingly leave off after Avengers 4 concludes. With some original Avengers likely departing the MCU, it leaves the door open for some new faces, like Kate taking over as Hawkeye for Clint Barton and Vision being rebooted as a new model that still has some growing up to do. Eli has an origin tied to Captain America that could expand that hero’s legacy despite Chris Evans reportedly leaving the role. Billy and Tommy are the children of Vision and Scarlet Witch, created with a little help from her trippy powers, so they could carry on in their stead. Iron Lad is actually a younger version of Avengers villain Kang the Conqueror, so his inclusion could set up the debut of an iconic Marvel villain. Teddy is a member of the alien race known as the Skrulls soon to be introduced in 2019’s Captain Marvel. And it’s worth noting that Billy and Teddy go on to become a couple, which would mark the first-ever gay characters to be acknowledged in a MCU movie. 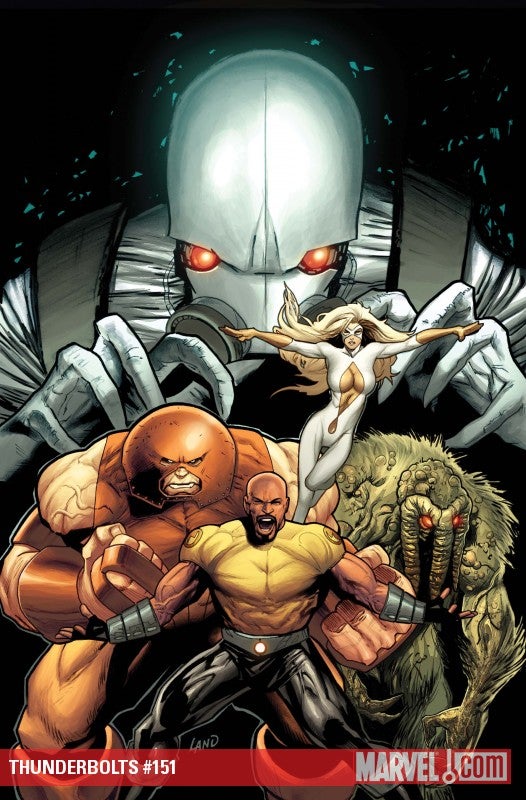 This next team wasn’t as overtly set up in Ant-Man in the Wasp, but it’s still worth mentioning. In the comics, Ghost was a member of the Thunderbolts, a team not unlike DC’s Suicide Squad mostly made up of bad guys doing good in order to earn time off of their prison sentences. More often than not, MCU villains end up dying at the end of their respective movies, so it was a bit of a surprise to see Ghost survive. If you ask us, the reason Ghost’s life was spared was because they’re saving her for an eventual Thunderbolts team-up movie, and to make that work, they need to start building up a roster of villains who aren’t six feet under.

Baron Zemo is another key member of the Thunderbolts in the comics — their leader, in fact — and you’ll remember that he was imprisoned at the end of Captain America: Civil War. Given how dangerous he proved to be in that film, it might seem crazy for anyone to think it’s a good idea to give him his own squad of super-powered soldiers, but hey, they made it work in the comics, so it shouldn’t be too hard for the brains behind the MCU to come up with a reason they’d let him out of his cage. After all, the MCU is inevitably going to experience a sea change after Avengers 4, so maybe there will be a lack of heroes and the government will need to rely on villains it can extort and control. Or maybe they want to use the Thunderbolts to carry out black-ops missions that they’d rather the heroes not know about.

Another option is for General Thaddeus “Thunderbolt” Ross to head up the team. It actually makes a whole lot of sense. After feeling powerless to stop Thanos in Avengers: Infinity War and being forced to rely on heroes who don’t respect him, Ross might use his position of power to assemble a squad of villains who answer only to him. That way, he’s prepared the next time there’s a crisis and he won’t have to turn to the Avengers for help. Ross even headed up the Thunderbolts in the comics as the Red Hulk, so maybe some super powers are in Ross’ future, as well. Regardless, simply the fact that his nickname is “Thunderbolt” should make him an easy sell for being a part of this team.

And before you say that Ghost couldn’t be a part of the Thunderbolts given how the movie ended, consider this: even though she was “cured” of her powers, the mid-credits scene showed Scott going back into the Quantum Realm to gather more healing Quantum Energy, presumably to continue treating her, meaning that Janet’s healing touch only provided temporary relief and Ghost is still able to use her phasing. Also, even though she runs away with Bill Foster and escapes law enforcement, she could still wind up in jail between movies, or be tracked down by Ross and forced to join the team in order to make up for her past misdeeds. And speaking of Bill, a different Goliath was part of the Thunderbolts, but we don’t see any reason this version couldn’t fill that role and finally use his size-altering powers like in the comics. He was helping Ghost do some pretty bad things, and now he’s harboring a criminal, not to mention he’d want to keep an eye on his pseudo-daughter Ghost to lookout for her well-being, so that’s just enough for Ross to hold over him and get him to join the team.

Other notable Thunderbolts members include MACH-I (Abner Ronald Jenkins), Moonstone (Karla Sofen), Songbird (Melissa Joan Gold), Satana, Boomerang (Frederick “Fred” Myers), and Troll (Gunna Sijurvald). Ross’ version of the team also employed Hulk villain the Leader, who was set up in The Incredible Hulk and could now finally be used. Hawkeye (Clint Barton) and the Winter Soldier (James Buchanan “Bucky” Barnes) were also members at different points in the comics; oftentimes a hero with a dark past of their own has been put on the team to help keep the bad guys in line.

One final note before we conclude: Luke Cage was once leader of the Thunderbolts in the comics, but it’ll likely never happen given how determined Marvel seems to never have the movies mix with the TV shows, even when there are cool comics that could be brought to life if they did. Still, we thought it was worth at least a mention.

Arctic Monkeys, Nick Cave And The Bad Seeds and Noel Gallagher's High Flying Birds kicked off Poland's legendary weekender last night (July 4) Of Arctic Monkeys’ twelve thousand festival dates in 2018, Open’er will make them feel most at home. It’s the closest the European festival circuit has to a Tranquility Base Hotel + Casino. Set on a glitzed-up landing strip in northern Poland, it’s a place where surreal high art meets […]