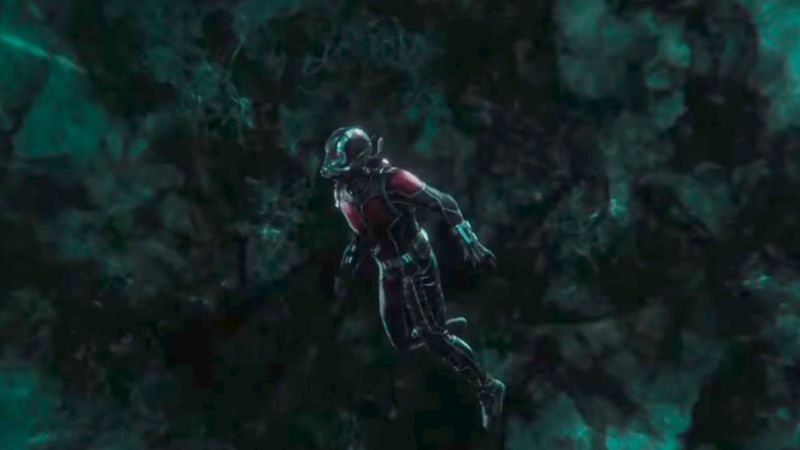 When you see Ant-Man and the Wasp, keep your eyes peeled on the Quantum Realm. It may hold the keys to the future.

“Like the first movie there are clues in the Quantum Realm to other possibilities and things,” Marvel Studios president Kevin Feige told io9. “I’m talking frames [of film].”

In the first Ant-Man, fans long believed that when Scott Lang (Paul Rudd) went into the Quantum Realm, there were a few frames of Janet Van Dyne, a.k.a. the Wasp, in there. The theory was, because she popped up, she’d play a role in the sequel. While it was incredibly subtle, Feige and Ant-Man and the Wasp director Peyton Reed both confirmed that was true (see the image here)—and in the sequel, they did something similar.

“We have definitely laid some groundwork for some stuff down there… similar to what we did in the first movie,” Reed said. “[In the first movie,] it was not until really DVD or Blu-ray release when people started freeze-framing it like ‘Wait a second. There’s a reflection. Is that Wasp down there? Is it Janet?’”

It was. But, of course, neither Feige or Reed would say what is teased this time around, or when to find it. Either way, one thing is certain. There’s a lot more Quantum Realm this time around.

“The Quantum Realm was daunting because the good news is the bad news,” Reed said. “Which is it’s infinite and can be whatever you want it to be.”

For Ant-Man and the Wasp, that infinity had to even stretch beyond what audiences saw in the first film. Last time, Scott made it down into a place Reed calls “The Void,” which was dark, silent, and felt impossible to escape from. He did get out, though, and that’s where the design and thought process began this time.

“[By] creating this logic that it’s possible to come back, the wheels have started turning with Hank and Hope that maybe you’ve got to get through that Void,” Reed said. And, maybe, that’s where they’ll find Janet, who has been lost for a long, long time.

Since we know Michelle Pfeiffer is in Ant-Man and the Wasp, and that Janet was teased in the last one, it’s not a spoiler to say they do find her in some capacity. Anything more specific than that is best left for the theater. Nevertheless, very special care was put into designing the Quantum Realm beyond the Void, because the possibilities are endless.

“It feels like a more desolate, maybe less traversed, part of the Quantum Realm,” Reed said. “It leaves the audience, hopefully, with this idea of ‘Okay, what’s further down?’” 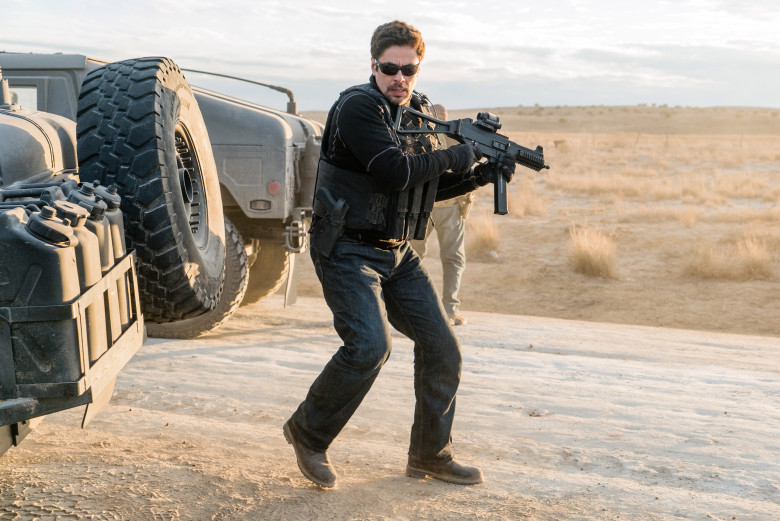 ‘Sicario: Day of the Soldado’ Overperforms at Box Office, like Other Summer Sequels

Summer 2018 shows signs of strength beyond the usual blockbusters. But will the box office sustain beyond its great first half? It depend how one defines sustain. The biggest openings — including Marvel’s “Ant-Man and the Wasp” next weekend — are likely behind us and make up the bulk of the long haul. It will take some better-than-expected results from the rest of the forthcoming releases to keep up the pace. Two […]