In what I would argue is a refreshing display of restraint, we are only now, exactly five months until its release, getting the first trailer for Warner Bros./Time Warner Inc.’s Aquaman. There has been a lot of talk over the years about how soon to start the marketing bandwagon for these big tentpole movies. It doesn’t help that several the movies that started late (Dark Shadows, Ghostbusters and Solo: A Star Wars Story come to mind) turned out to be relative disappointments.

To be fair, 3.5 months would have been plenty of time for Solo had it been more eagerly anticipated. And, for the record, a $212 million domestic total would be fine for most big franchise-y flicks. And depending on how well it’s received, I would argue that $212m would be okay for Aquaman too. Yes, it would be lower than the rest, but at this point, good reviews and a leggy run are more important than overall box office figures.

Starring Jason Momoa, Amber Heard, Patrick Wilson, Nicole Kidman and Willem Dafoe, Aquaman represents something of a clean slate for the DC Films brand following their… rocky Phase One. With Justice League out of the way, Warner Bros. can focus on just making and releasing DC Comics adaptations that happen to belong in the same brand but offer must-see value outside of the overall IP. Yes, Aquaman is a name (and really, the majority no longer think of him in terms of Super Friends), but this will be as much about “Come to see James Wan direct an underwater Lord of the Rings!” as it will be “Come to see another DC Films flick!”

And, yeah, the trailer looks pretty entertaining, with plenty of big-scale action, razzle-dazzle visuals and solid actors maintaining their dignity in the Thor-ish narrative.  The plot looks like Mad Libs origin story stuff (complete with a reluctant hero needing a pep talk from the arguably more qualified-to-lead female lead), but I’m down for underwater animal action. Again, my optimism about this one has always been that A) James Wan knows how to make these kinds of movies, and B) Wan is the only director in the DC stable powerful enough to kick micromanaging WB executives out of the editing room.

Yes, it is beyond odd that the current slate of DC Films flicks will be distancing themselves from the super-duper team-up adventure, but that’s the way the cookie crumbled. If Aquaman works and if Shazam is at least a jolly good time, then WB and DC will essentially have three solid DC flicks between December of 2018 and November 1 of 2019. Yes, I’m assuming Wonder Woman 1984 will be solid.

Under this scenario, the next year will make-or-break this post-Justice League phase of the brand. If the three superhero movies work, it won’t matter if Joker works as an against-the-grain crime drama. And, most importantly, if Aquaman is a hit, if Shazam scores and if Wonder Woman 1984 breaks big again, the brand won’t be relying on Batman to save their butt. ‘

And, yeah, it will be beyond ironic that DC Films will have been “rescued” from Superman and Batman whiffs by the likes of Aquaman, Wonder Woman and Shazam. Either way, Aquaman opens Dec. 21, 2018. Hold your breath, because this is going to be very interesting. 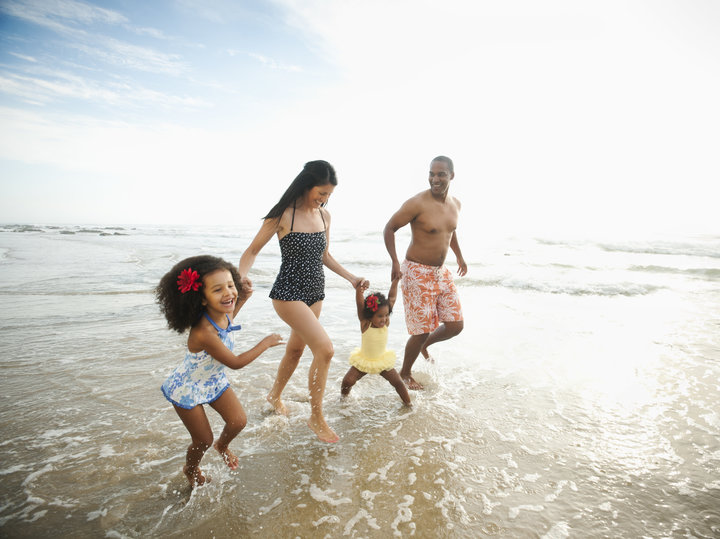 How to plan a family vacation according to travel experts

Summertime is just a few weeks away, which means family vacations are likely on the brain. The idea of planning a vacation with kids in tow can be intimidating. Sure, the actual vacation is supposed to be relaxing (or as relaxing as a vacation with kids can be!), but getting to that point can be a maze of hotel recommendations, travel blogs, flight seat selections and more. So we chatted […]