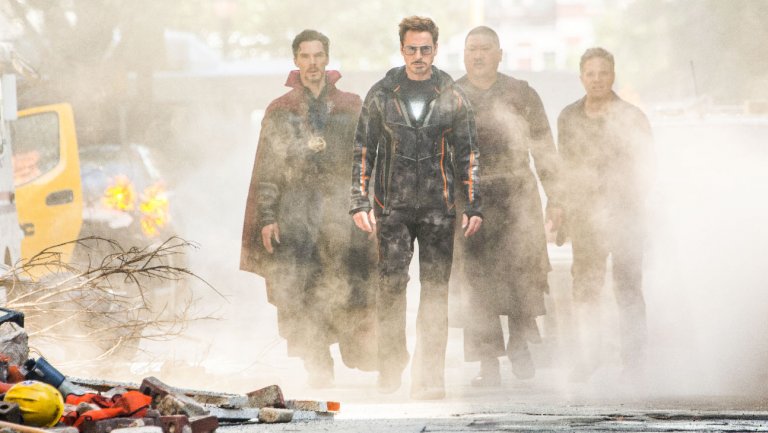 share close
email
‘Black Panther,’ an A CinemaScore and the unrivaled Disney/Marvel machine were all contributing factors.
On the afternoon of April 27, early Friday returns suggested that Disney’s and Marvel’s Avengers: Infinity War would debut in the $225 million to $235 million range domestically, not enough to set a new opening record and best the $248 million debut of fellow Disney title, Star Wars: The Force Awakens.

Everything changed over the course of the next 24 hours as word-of-mouth ignited. Infinity War posted the biggest Saturday and Sunday ever at the North American box office on its way to record-shattering $258 million weekend, according to final numbers. (That’s up from Sunday’s estimated $250 million.)

The mega-Marvel superhero mashup also shattered records on the world stage. It launched to at least $640.9 million — $100 million more than the previous champ, The Fate of the Furious ($541.9 million).

Below, The Hollywood Reporter looks at key reasons why The Force was with Infinity War.

Infinity War opens almost exactly 10 years after the Marvel Cinematic Universe kicked off with the release ofIron Man, a surprise hit that set the course for Kevin Feige’s vision. “Marvel spent 10 years methodically and carefully creating a universe of characters, worlds and stories that all led to this and, in doing so, created an event unlike anything the business has ever seen,” said Disney distribution chief Dave Hollis.

All but one of the 19 MCU titles — the first Thor — have received some variation of an A CinemaScore. Two have received a coveted A+; Black Panther and The Avengers. And with the release of Infinity War, the last 11 films have all received an A.

As a way of comparison, the rival DC Extended Universe is still working on improving its grades. Three of the five titles — Batman v. Superman: Dawn of Justice, Suicide Squad and Justice League — received some variation of a B. Wonder Woman fared the best with an A, while Man of Steel earned an A-.

More often that not, sequels open behind previous installments in a franchise. Marvel has largely bucked that trend. Subsequent outings in the stand-alone Iron Man, Captain America, Thor and Guardians series all opened ahead of previous outings. Avengers: Age of Ultron ($191.3 million) did open behind The Avengers ($207.4 million), but now Infinity War has come along to outperform both.

Analysts agree that Black Panther, released in February, lifted Infinity War to greater heights than it might have reached otherwise. Black Panther, the first big-budget Hollywood movie to feature virtually an all-black cast, debuted to $202 million in mid-February on its way to becoming the top-grossing superhero of all time in North America ($688 million) and the No. 9 film of all time globally $1.333 billion (over the weekend, Black Pantherovertook Star Wars: The Last Jedi).

“To call Black Panther the best lead-in ever would be the understatement of the year with that film essentially supercharging the enthusiasm for Infinity War that added countless dollars to the bottom line,” says box-office analyst Paul Dergarabedian of comScore.

Case in point: Moviegoers created their own Black Panther–Infinity War double feature over the weekend. While most films got pushed to the side by Infinity War, Black Panther moved back up the chart in its 11th weekend from No. 8 to No. 5, something Disney didn’t even anticipate.

Late in the game, Disney relocated the release of Avengers: Infinity War from May 4 to April 27 out of concern that spoilers would diminish the movie, which had always intended to begin its international run the week of April 23.

“Disney did a great job keeping many parts of the movie a secret. It was smart move to push the North American opening to the 27th to avoid leaks coming out of Europe,” says Eric Handler of MKM Partners.

The move also means that Infinity War has an extra week of play in North America before Fox’s Deadpool 2opens May 18.

For rival Hollywood studios, the debut of Avengers: Infinity War is another reminder of Disney’s domination and marketing prowess. The film studio, led by Alan Horn, now has bragging rights to nine of the 10 biggest domestic openings, not adjusted for inflation. The list is led by Infinity War, Force Awakens and The Last Jedi, and also includes Black Panther, the first two Avengers movies, Captain America: Civil War, Beauty and the Beast and Iron Man 3. The lone non-Disney title is Universal’s Jurassic World (No. 4).

Thanks to Black Panther and Infinity War, Disney crossed $1 billion at the 2018 domestic box office in 117 days. The studio’s summer slate also includes Lucasfilms’ Solo: A Star Wars Story (May 25), Pixar’s The Incredibles 2(June 15) and Marvel’s Ant-Man and the Wasp (July 6).

Disney and Marvel shot Infinity War back to back with a second Infinity War film that’s set to hit theaters May 3, 2019. The first movie cost roughly $300 million to produce before a major marketing spend. The question now is how fast it hits $1 billion.

“It’s unbelievable how big these numbers are,” says Handler. “And it makes you wonder what next year’s film does with the conclusion.” 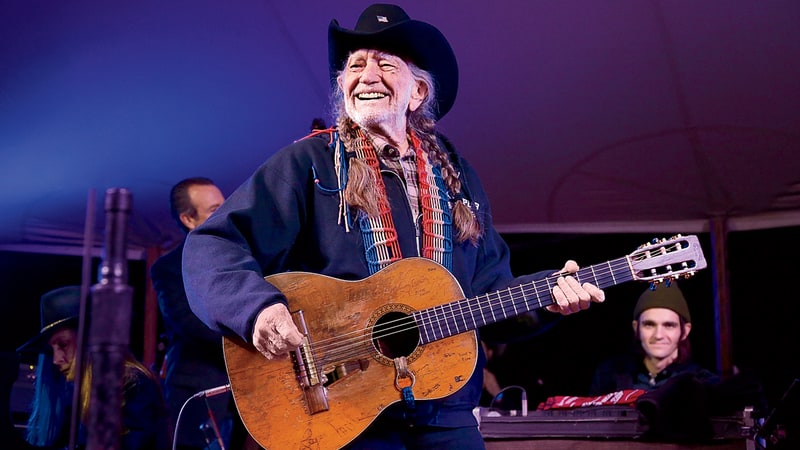 Willie Nelson at 85: A Visit With the King of Night Life

As he reaches his 85th year, Nelson is writing, touring and smoking more than ever. His band and family members weigh in on what drives the Red Headed Stranger. "What else we got?" Willie Nelson asks. He's sitting with his famous battered guitar Trigger at his recording studio, located on the Cut 'N Putt golf course he owns in Spicewood, Texas. He's deep into a session of Frank Sinatra covers for […]