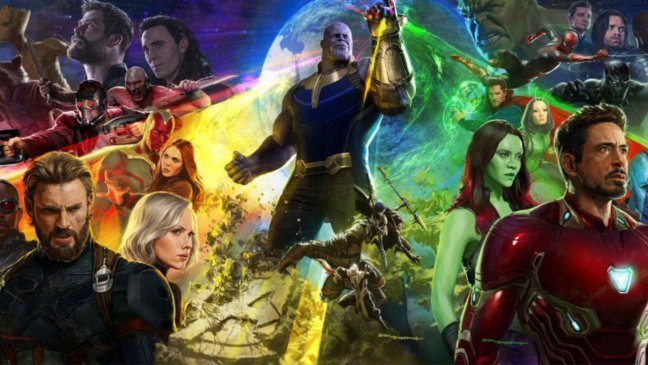 share close
email
Is it too early to start speculating about Thanos’ gauntlet and what that means for ‘Avengers 4’?

The trailer for one of the most ambitious blockbusters of all time has finally arrived, and Heat Vision is here to take a closer look. Does the Avengers: Infinity War trailer live up to the hype? Is it surprising that Thanos only has two stones in his Infinity Gauntlet? And is someone going to die?

Aaron Couch: This successfully puts some of the “new kids” (Black Panther, Doctor Strange, Spider-Man) front and center while letting the old guard be the seasoned heroes and in the spotlight as they should be. Tony Stark is the first through the door at the Sanctum Sanctorum when there’s trouble in New York. Black Panther issues perhaps his most important command, “Get this man a shield,” and Captain America is soon leading troops into battle. Just as Civil War truly was a Captain America movie (no matter how many Avengers were in it), this trailer signals that no matter how many newer characters there are, the Avengers we started with years ago are going to get their due.

Ryan Parker: I love this trailer. It was all I wanted it to be. With the introduction of each new character, I moved a little closer to the edge of my seat.  And I love the callback to Nick Fury’s previous speech in Avengers.

Graeme McMillan: I am the misery guts who was left going, “Yes, this was pretty much what I expected,” but left mostly unstirred. It hit all the necessary beats, but didn’t really offer anything surprising beyond that. It was … good, I guess? But I was hoping for the “What is that? I can’t wait!” feeling I got from the first Last Jedi trailer, perhaps unfairly, and I didn’t get it.

Couch: I guess someone has to be the grump, Graeme. People complain Marvel doesn’t have memorable music, but I was struck by what they did with the Avengers theme — the lone piano notes underscoring Nick Fury’s “There was an idea …” monologue. It may have taken a few films, but can we admit now the Avengers theme really does have some emotional currency?

McMillan: If you hear something enough times, the Pavlovian response will eventually kick in, Aaron. (I’m being unjustly snarky; the Avengers theme is one of the few recognizable Marvel themes, so it deserves some credit.)

The cast and director of 'The Last Jedi' on the story's secrets, a disaffected Skywalker and a death in the family A long time ago, a grade-schooler got his hands on a spaceship. He followed the assembly instructions as best he could, snapping on the cannons, the landing gear, the tiny interstellar-chess table. Soon enough, Rian Johnson was holding his very own Millennium Falcon. "The first thing I did," he […]