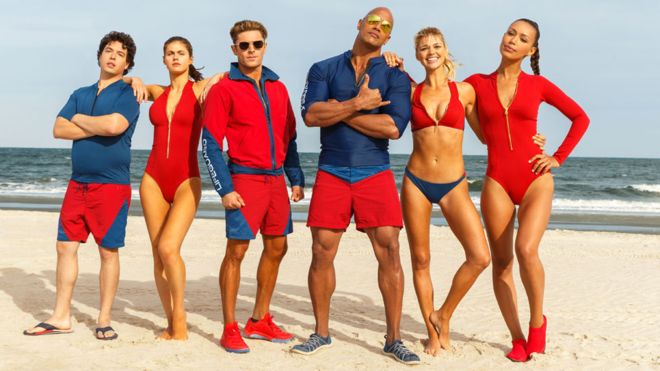 It’s strange to go to the cinema and come out feeling like you’ve seen an utterly brilliant film and a truly awful film at the same time – but the new Baywatch really does tick both boxes.

There’s no getting away from it – the big-screen adaptation of the 1990s TV series is simply two hours of pure entertainment.

The action sequences are huge, the soundtrack is awesome, and the people are ludicrously good looking.

But it’s also just totally ridiculous, which may not surprise those who have seen the trailer. Or read the somewhat less-than-kind reviews.

Dwayne Johnson – the highest paid (and most annoyingly likeable) movie star in the world – takes the lead in the reboot as Mitch alongside Zac Efron, who plays Brody.

Kelly Rohrbach, Alexandra Daddario and Priyanka Chopra also star, and there are, most importantly, cameo appearances from David Hasselhoff and Pamela Anderson.

(I would’ve thought they’d want to keep those as a surprise, personally, but their names appear in giant letters at the beginning alongside the rest of the cast.)

But this incarnation of Baywatch is much more knowing and tongue-in-cheek than it was in Hasselhoff and Anderson’s day.

The film itself is long – presumably to allow for the slow-motion button to be used to its full potential when any character is running down the shoreline.

Those who lived through the TV show will remember the appeal of such bouncy scenes, which were a key part of helping the series become a worldwide phenomenon.

And a phenomenon it was. Baywatch became the most-watched television show in the world at the time and represented a huge cultural shift. 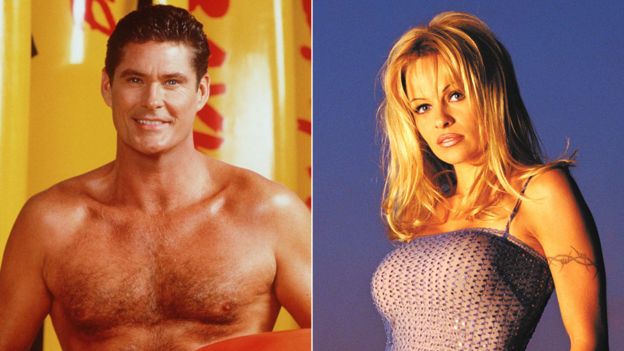 Anderson was the embodiment of a look which rose to prominence in the 90s – skinny, blonde, and enhanced by plastic surgery.

But strangely, the show arguably also had a moral compass, which may help explain why it got its early evening slot on TV.

The lifeguards were portrayed as something of a family, working as a cohesive team and looking out for each other while saving lives.

A lot of the storylines felt wholesome and saw characters doing the “right thing” – an odd juxtaposition with the highly sexualised elements of the series.

Mitch’s relationship with his son is a good example – Hasselhoff’s character is seen as a model single father to Hobie, doing his best to raise him with good morals and life skills despite the absence of the boy’s mother.

But in many other ways, Baywatch is rather problematic.

It goes without saying that, in real life, very few of us indeed look as good as the Baywatch lifeguards as they dash down the beach in their orange swimsuits.

The male characters played by Johnson and Efron are muscular to a borderline unhealthy degree, while the women are tanned, big-chested and and impossibly skinny.

Nearly 30 years on from the show’s TV premiere, you’d like to think we’ve come further than still accepting these as beauty ideals.

Stars such as Lena Dunham and Sarah Hyland have started to hit back at “body shaming” in recent years – a term which barely existed when the TV show aired.

Social media has helped drive a movement of being proud of who you are and how you look, and there’s now a bigger fightback against the concept of the “perfect” body than there ever was in the 90s.

But you get the impression that everyone involved in the project totally gets and even embraces how unrealistic some elements of Baywatch are.

And at least the film knows how to make fun of itself.

Mitch mocks Brody’s boyband-level good looks throughout the film, referring to him invariably as “One Direction”, “Bieber”, and “High School Musical” instead of by his actual name.

And at one point, Brody tells Mitch that the concept of lifeguards investigating crimes “sounds like an entertaining but far-fetched TV show”.

But does such a show still have a place in 2017? Realistically, it probably shouldn’t.

We arguably should be over beautiful people running along a shoreline making immature jokes and getting involved in such obviously contrived storylines.

Since the TV series, life has happened. The internet has happened. Our tastes should have become more refined as the amount of choice available to consumers has exploded.

But Baywatch remains stupidly entertaining, one of those junk food films which is perfectly enjoyable provided you aren’t going in expecting to see the next best picture winner.

You might feel guilty watching it, but the 2017 incarnation of Baywatch is, quite simply, unfiltered escapism – and there are far worse things in the world than that.

Baywatch is released in UK cinemas on 29 May. 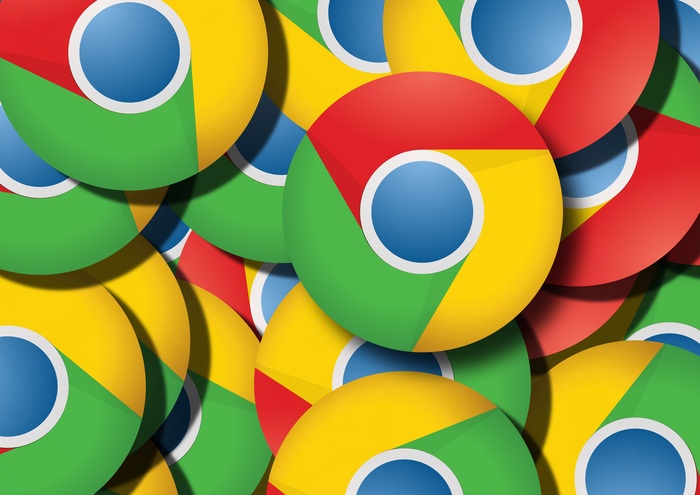 While Google has long offered a way to block pop-ups in Chrome, it’s never been a feature that's been very easy to find. To turn it on you’ll need to dig deep into the settings, and most people who use the browser probably don’t even know it’s there. But now Google is finally getting serious about annoying ads. And that includes their own. In a blog post, Sridhar Ramaswamy, senior […]