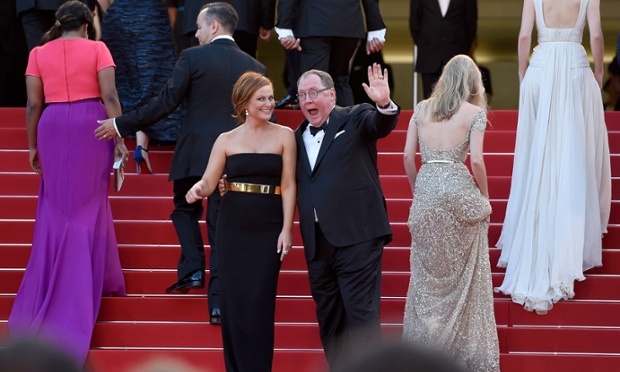 Grief, racial profiling and gender bias will be among the topics popping up on the Disney Pixar slate in the coming years. John Lasseter, chief creative officer of Disney, which bought Pixar in 2006, presented details of new films including The Good Dinosaur, Zootopia and Moana to journalists at the Cannes film festival today. Lasseter, in Cannes with Inside Out, about four emotions who control a young girl on the cusp of puberty, reconfirmed his company’s commitment to making films that appeal to all ages. “Parents, kids, millennials, college students. As long as you’re living, you’re an audience member,” he said.

First to lumber out of the gate at the two-hour presentation was Pixar’s The Good Dinosaur, which Lasseter said “tackled the greatest ‘What if?’ of all time: What if the asteroid that wiped out the dinosaurs actually missed earth?”

The answer was perhaps not as outlandish as you’d hope. The Good Dinosaur is about Arlo, a knobbly-kneed Apatosaurus who is separated from his family after the tragic death of his dad. Thanks to that cosmic near-miss, he’s able to bump into Spot, a prehistoric human who has also lost his family and acts like a dog. “It’s a boy and his dog story,” Lasseter said. “But the roles are reversed.” Arlo and Spot share their grief, come of age, grow to love their imperfections etc, etc on their journey home. It all looks a little rote: The Lion King wandering in The Land Before Time. After delays that lead to Pixar jettisoning 5% of their workforce in 2013, The Good Dinosaur will finally be out in the US on 25 November.

Disney prospect Zootopia, directed by Byron Howard (Bolt, Tangled), Rich Moore (Wreck-It Ralph) and Jared Bush, seems more lively. The trailer, voiced by Jason Bateman, introduces us to an Earth where humans never happened (“so the world is modern and civilised”) and animals are anthropomorphic (“a big, fancy word meaning they stand up straight”).

Animals wear clothes and follow human routines. They flick through the Wall Street Gerbil or Entertainment Squeekly while they take their wildly different sizes of subway car to work. Natural enemies live side by side, and ingrained prejudice is rife. Judy (Ginnifer Goodwin) is the first bunny to join the Zootopolis police force. The old hands – buffaloes, elephants and rhinos – think she’s too fluffy for the job, so she gets consigned to traffic duty. Judy’s determined to break down the stereotypes about what a species should be, so when a twist of fate gifts her a missing persons case, she sets out, with a wily fox called Nick (Bateman), to prove the doubters wrong.

The clips Lasseter showed suggested Zootopia’s script’s a zinger, full of allusions to grownup left-field cop dramas (LA Confidential, Inherent Vice) and packed with sight gags – the population counter on the sign welcoming visitors to The Burrows, the suburb where the rabbits live, is automated and ticks steadily upward.

Another scene, still unfinished, showed Judy and Nick entering a club where animals have rejected clothes and decided to return to a “natural” way of life. “This is Disney animation’s first nude scene,” said Lasseter as Judy prudishly picked her way through the cavorting pigs, giraffes and bison. “It’s been a long time coming.” 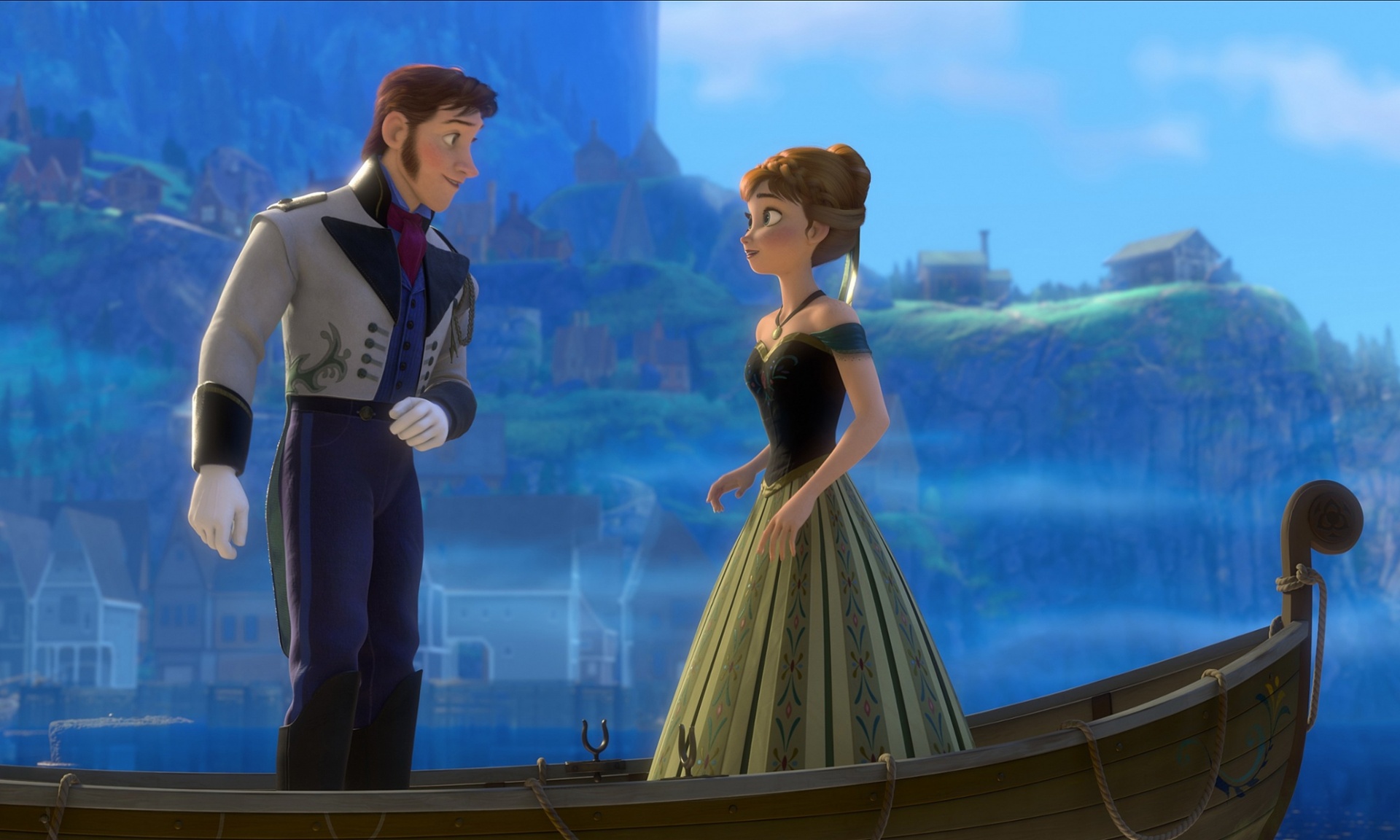 Confidence at Disney is at an all-time high after the gargantuan success of Frozen, said Lasseter. “It was quite broken when we came in,” he said, referring to his arrival at the studio 10 years ago, after a period in which his predecessor, Michael Eisner, had clashed with shareholders and Roy E Disney, Walt’s nephew. “Morale was really low,” said Lasseter, who detailed how he had restored the faith in his creative team by “changing the model from executive-driven to creative-driven”.

Last among the original new properties was Moana, a Mulan-style musical jaunt from Disney, inspired by a studio trip to the South Pacific. It’s titular character is a Polynesian princess who defies her father’s wishes by setting out on a boat to find a new island for her tribe. Moana teams up with the demigod Maui, a cute pig called Pua and a cranky rooster called Hei Hei to take on a wicked island spirit. Lasseter screened a clip showing “the ocean as a character”. A young Moana chased after a shell that was spinning in the surf. The ocean drew back and allowed her to walk into a tunnel of water, revealing fish and a giant turtle. The ocean teased and tickled Moana, changing her hair style with a splash, before sending her back to land on a coconut husk. It was a cute scene, visually remarkable thanks to Disney’s work on animating fluid dynamics, but the prospect of the film as a whole felt a bit wet.

Also in the works (and the water) is Finding Dory, the sequel to Pixar’s 2003 hitFinding Nemo. Ellen DeGeneres will return as the forgetful surgeon fish, who, after a treasured memory suddenly floats into her head, is convinced she must set out to find her parents, played by Eugene Levy and Diane Keaton.

Directed by Wall-E’s Andrew Stanton, Finding Dory will feature new characters, including Destiny (“a whale-shark who thinks she’s a whale, but she’s a shark,” Lasseter said), a “ridiculously cute” unnamed sea otter and Hank, a grumpy octopus. Lasseter described animating an octopus as a challenge and detailed how the Pixar team had been testing out the animals’ abilities for inspiration. “They can get out of anything,” he said. “The only thing that stops an octopus is astro-turf.” 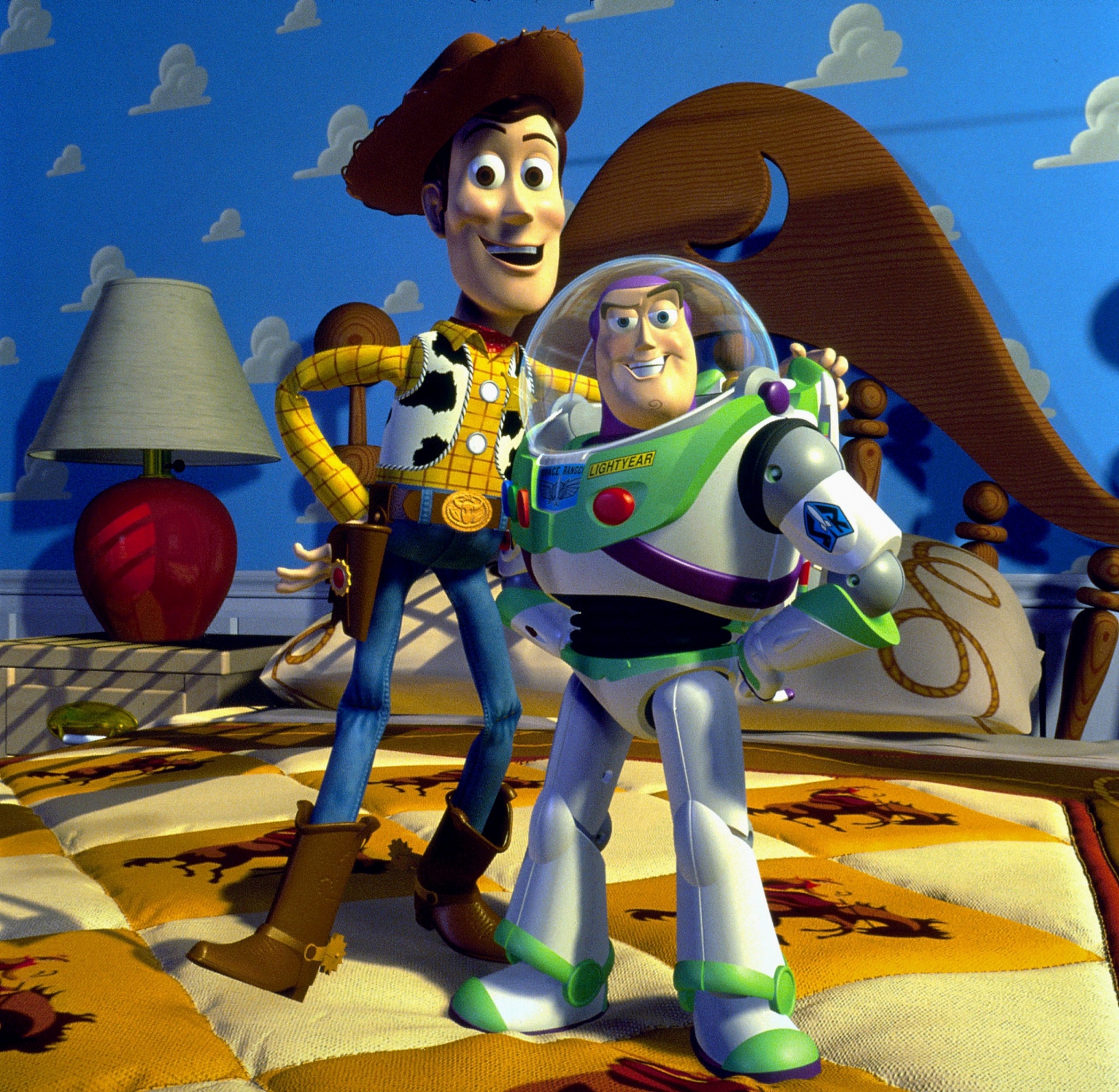 Finally, Toy Story 4 got a brief mention. Lasseter confirmed that the latest in the franchise, about toys that come to life when humans are absent, will be a brand new chapter, not a continuation of the previous storyline. Lasseter had little extra to share on the new film, but did remark that it’s 20 years since the original Toy Story revolutionised the animation industry by becoming the first feature-length CGI animation. He said he was amazed that time had passed so quickly. His son voiced the baby Molly in Toy Story. “He graduates from college in two weeks,” he said.