When Daryl Hannah, Neil Young and the son of Willie Nelson made a Netflix movie in three days 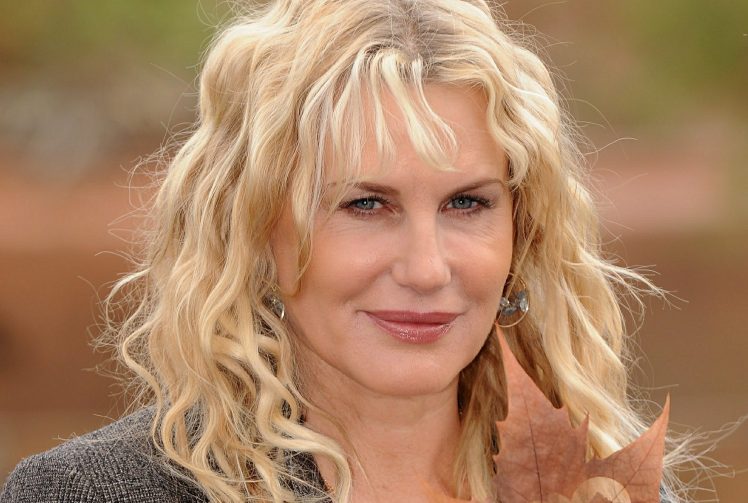 On the big screen, Daryl Hannah stands out for her roles in “Splash,” “Wall Street” and the “Kill Bill” movies. But it has been more than a decade since audiences last watched the striking 5-foot-10 blonde strut across the screen in a formidable role. Perhaps that was because she rebuffed Harvey Weinstein in a harrowing encounter that likely cost her many future opportunities, as she revealed to the New Yorker in October.

Although admittedly shy, Hannah didn’t shrink away from public view entirely. While continuing to work, with bit parts in small movies, the actress became fiercely involved with environmental causes, eventually meeting Neil Young, as the two shared a long history of activism and attended the same rallies — and now share a romantic relationship. She was even arrested in the District during a sit-in protest of an oil pipeline.

Hannah didn’t stray too far away from acting, however. She eventually made her way to Netflix, first through the Wachowski sisters’ “Sense8” series in 2015 and now in her directorial debut, “Paradox,” which premiered Friday on the streaming service, and which she filmed very quickly in Colorado before a concert there by Young and the band Promise of the Real. “We had three days of downtime where we said, ‘Wait a minute: Everyone’s gotta be hanging around to adjust to the altitude, so let’s make a movie!’ ”

In early March, in a hotel suite overlooking Austin’s riverside before the film’s premiere at South by Southwest, two of the actors — Micah Nelson (son of Willie Nelson) and his girlfriend, Alex Dascalu — joined Hannah to talk about “Paradox.” They recalled how the costumes and props were sourced from local vintage stores, thrift stores or Hannah’s closet. “We had no crew, no budget,” Hannah said. “We just did it ourselves.”

“The teepees are mine; I used to live in one of them,” she added. “The tent we rented, so that they [the band] could rehearse and learn a couple of Neil’s new songs.”

Hannah, who also wrote the film, created a loose musical journey that follows a pack of musicians — including Young — in steampunk and western attire, traipsing through gorgeous strips of the American West in a post-apocalyptic future. The troubadours are played by the band, while Young plays the ominous “man in the black hat.” Willie Nelson shows up later in the film for a delightful cameo at his ranch, known as “Luck, Texas.”

“When they’re walking into the tent, that’s the first time they’ve ever played that song with Neil,” Hannah said. She’s proud when she says it, knowing well that she caught something special on camera. “That was the only obligation they had, that they had to play an hour for two days.” Since the band needed to rehearse for their upcoming show, Hannah worked that into the story line of her movie.

In spirit, “Paradox” is not unlike Joss Whedon’s “Much Ado About Nothing,” for which he gathered his friends in a house in Santa Monica, Calif., and quickly made a movie. Hannah’s film, however, was not full of professional actors. Just a band and their friends. “I had to be hands-on, because there wasn’t anybody else,” Hannah said. “It was also improvisational, because we made stuff up as we went along.”

Hannah had to be resourceful. She reused her main cast again as extras, pointing to Nelson and Dascalu as examples. “When we shot the scene in Luck with Willie, these guys were the townsfolks. And then, Micah also painted the seedbank set. Everybody has to do everything.” Hannah ordered everyone to “keep hold of your props, keep track of your costume, drag your own furniture.”

The hands-on coaching proved useful. “I don’t act,” Dascalu said. “This isn’t a thing I do, but it was so easy with Daryl. I knew exactly what she wanted and not wanted me to do.”

Micah Nelson enjoyed a similar experience. “We didn’t think too much about things,” he remembered. “That was Daryl’s job. The rest of us were just kind of playing cartoon versions of ourselves.”

“It’s pretty mind-boggling to watch that movie,” he said. “It’s just Daryl with her camera yelling, ‘Okay, let’s all go over here! Okay, no, turn that around!’ ”

“That was the hardest thing, watching the dailies,” Hannah said. “I’m yelling all the time. I hated that!”

Micah assured her, “That’s not an easy thing to do, to have anything other than creativity, a camera and a bunch of weirdos.”

In the same way that activism brought Hannah and Young together, the band met Young while performing at Farm Aid and other environmental protests. It was only natural that the group’s shared passions for causes made it into the movie.

“She kind of makes films like Neil makes records,” Nelson said. “We just go into the studio, and we’ll learn the song as it’s being recorded. He loves the life in it.”

Recording live without a second take means Hannah must work around a scene’s mistakes. “There’s something kind of beautiful and inspiring about follies,” she said. “It doesn’t mean they’re worthless because they’re a folly.”

Hannah picked up a number of directing tips while working with Lana Wachowski on “Sense8,” in which she plays a mother figure to the show’s main characters, a group of eight psychics.

“We had a cameraman on ‘Sense8’ who operated the steadicam and shot everything,” Hannah said. “Lana would just attach herself to him and use and move him around. That’s sort of what I ended up doing with C.K. [Adam Vollick, the film’s cinematographer] when he was shooting.”

Hannah also learned from Wachowski that calling out directions in the middle of the scene meant she could get more in-the-moment responses from the actors. “I’ve never seen a director do that before. She just tells you to do this or look that way. So, I started doing that, which caused me a lot of problems because I don’t have the technical crew that she had to clean her stuff up,” she said and laughed. Maybe next time around.

“I’d like to make a real narrative film,” Hannah said. “Doesn’t mean that I won’t continue to make guerrilla, homespun projects, which I think I’ll always do, because who likes to ask for permission?”

Hannah has seen the difficulty of trying to do her own projects in Hollywood. She said women need “financing! Backing! I mean, everything, opportunity!” She pauses. “Patriarchy is strong, it’s fighting. It’s not going down easy.”

As Dascalu added, sitting beside her, “At least someone pushed that rock and now it’s rolling.” 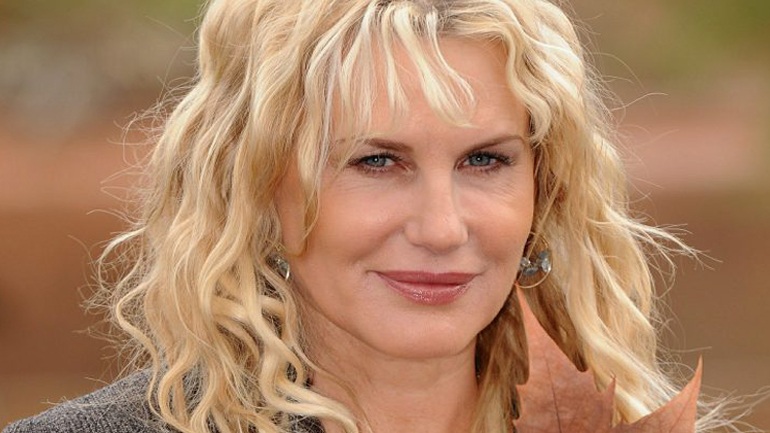