Captain Marvel will be the first Marvel film launching next year, and we already have a couple of trailers for the movie that will introduce a new key member of the Avengers team, a character who is expected to play a huge role in Avengers: Endgame. But while we’ve known for quite a while that Brie Larson plays Carol Danvers/Captain Marvel in the film, we had no idea what Jude Law’s role might be. We’ve seen rumors saying that he’s playing Mar-Vell, as well as stories saying that he’s actually playing a villain named Yon-Rogg. As with other MCU movies, both Marvel and Disney try to protect spoilers from leaking out ahead of the film’s release, but it looks like Disney messed up this time and accidentally revealed Law’s character.

Picked up by MCU Cosmic, the following screenshot comes from Disney’s website, revealing that Jude Law will indeed play “Mar-Vell, the leader of Starforce:”

At first, MCU Cosmic speculated that we might be looking at misdirection from Disney. Law could indeed play Mar-Vell, but also Yon-Rogg. That could be exactly the kind of twist the company would to hide. Over on the IMDB pagefor the film, Jude Law is billed as playing Walter Lawson/Mar-Vell.

However, Disney then edited the image above to remove the name of Law’s character, suggesting it was all a mistake. The caption now reads “Leader of the StarForce,” as seen below:

Captain Marvel takes place in the ’90s and will be the origin story for Larsen’s character, whose presence in Avengers 4 was teased in the post-credits scenes after Infinity War.

In addition to accidentally revealing Law’s character, Disney and Marvel also shared more stills from the film, based on footage from the trailers and TV spot. You can check them out at this link. 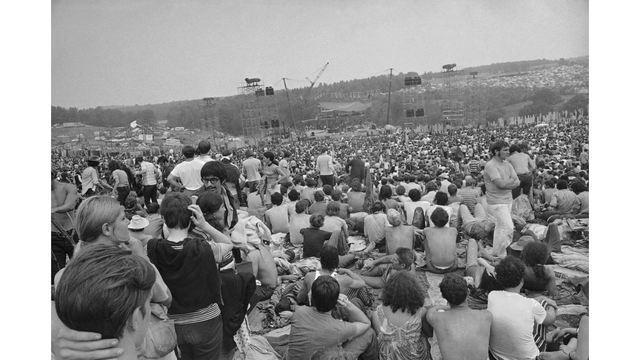 A three-day music festival will be held in August 2019 at the original Woodstock concert site to mark the 50th anniversary of the historic event. The Bethel Woods Center for the Arts, a concert venue built on the original Woodstock site, announced Thursday that it will host the golden anniversary event Aug. 16-18. The center says performers will include "prominent and emerging artists spanning multiple genres and decades." The venue […]