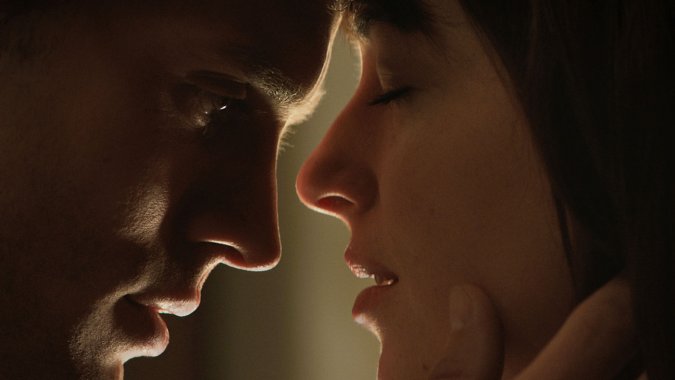 A version of this story first appeared in the June 12 issue of The Hollywood Reporter magazine. To receive the magazine, click here to subscribe.

On June 1, EL James announced a spinoff of her Fifty Shades of Grey trilogy: Grey, which will retell the kinky tale from Christian Grey’s perspective.

But will the book migrate to the big screen, too? Sources say Universal owns the rights to adapt Grey for film given that it controls the characters.

But sources say neither Dakota Johnson (who plays submissive heroine Anastasia Steele) nor Jamie Dornan (billionaire S&M enthusiast Grey), who are contracted to star in three Fifty Shades films, have spin­off language in their deals. Furthermore, neither had any idea that the Grey novel, which would likely serve as the fourth film in the Fifty Shades oeuvre, was in the works.

The studio declined comment on any plans it might have for the project, but sources say a Grey movie is a no-brainer considering the huge box office generated by the first film ($570 million worldwide). Fifty Shades Darker and Fifty Shades Freed, the second and third installments of James’ trilogy, have already been dated for Feb. 10, 2017, and Feb. 9, 2018, respectively.

For the moment, Universal chairman Donna Langley is putting aside Grey matters and is focused on the sequel Fifty Shades Darker, which is seeking a director (the studio, which hired James’ husband, Niall Leonard, to adapt, is expected to select one within the next two months). Johnson’s and Dornan’s reps, who are looking for significant increases over the actors’ Fifty Shades paydays of $250,000 plus tiered box-office bonuses, also have tabled any renegotiation talks until a director is in place. A spinoff could be part of that renegotiation, or Universal and James could choose to recast Grey for Grey.

In the meantime, James’ voracious fans will find more Grey-Steele sexual exploits come June 18, when Grey is published in paperback and as an e-book by Vintage Books.

After all, by the end of Fifty Shades Freed, Steele and Grey are married with children and Grey’s red room of pain presumably has been turned into a nursery. Here’s one way the romance can continue for a fourth outing.