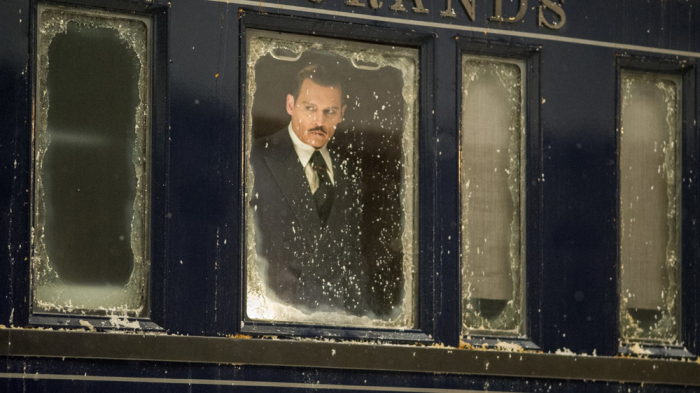 Kenneth Branagh’s take on Agatha Christie’s eccentric detective is one for the ages, though his larger-than-life persona (and mustache) upstages her most famous mystery

Over the course of his 28-year directing career, Kenneth Branagh has adapted everything from literary classics (Shakespeare’s “Henry V”) to comicbook pulp (putting a distinctive Dutch-angle slant on Marvel’s “Thor”). Now, with “Murder on the Orient Express,” the audacious multi-talent forsakes brows both high and low in favor of the most extravagant mustache moviegoers have ever seen: a flamboyant spun-sugar swirl of silvery whiskers better suited to a circus strongman, or perhaps a turn-of-the-century unicycle salesman — than Agatha Christie’s beloved Belgian sleuth.

“My name is Hercule Poirot, and I am probably the greatest detective in the world,” Branagh pronounces from behind his elaborate lip toupee — which the crew called “the Badger,” seeing as how the furry salt-and-pepper pelt transforms the actor’s mug into a muzzle of sorts. From a character perspective, such ostentatious facial hair is clearly compensating for something (not intellect, for Poirot is notoriously gifted when it comes to using his “little grey cells”), though it requires an actor who is completely confident in his own abilities to pull off, as a lesser thespian might be upstaged by it entirely.

As it happens, Christie saw Poirot’s mustache as an over-the-top indulgence, an eccentric extension of the detective’s personality, and she took great pleasure in letting various characters poke fun at it over the course of the 33 novels in which Poirot appeared. (She was reportedly never satisfied with the wax-tipped falsie Albert Finney wore in the 1974 version, directed by Sidney Lumet.) That film has its charms, among them an all-star cast ranging from Ingrid Bergman to Sean Connery, but hasn’t held up particularly well, leaving room for Branagh to give the classic mystery a fresh spin — although the undertaking also presents a formidable challenge, considering that its solution is one of the worst-kept secrets in English literature.

For those who know the outcome of “Murder” going in, the question isn’t so much whodunit as how Branagh will keep audiences guessing, and though he succeeds in creating the most memorable incarnation of Poirot ever seen on-screen (upstaging even Johnny Depp’s competing cameo), the movie is a failure overall, juggling too many characters to keep straight, and botching the last act so badly that those who go in blind may well walk out not having understood its infamous twist ending.

By contrast, the film’s opening is as elegant as they come, an invention of screenwriter Michael Green that introduces the world-renowned detective (whom Branagh plays himself) as a cultivated gentleman, obsessing over whether his Jerusalem hosts can prepare the perfect hard-boiled egg when the theft of an important relic demands his attention. In the most theatrical fashion imaginable, Poirot examines the scant evidence and delivers what for him can be the only logical conclusion to the crowd, anticipating even the guilty party’s escape plan.

This is how Branagh ought to handle the script’s central mystery — the murder of a dastardly criminal who had it coming (Depp, looking every bit the rake) — but instead he and Green seem overly worried that audiences might lose interest if they followed Christie’s clockwork-precise novel to the letter, concocting a dizzying series of diversions to suggest that the case might unfold otherwise (which, to some extent, it does). Meanwhile, the setup remains constant as Depp’s Samuel Ratchett (an alias for notorious sleaze Lanfranco Cassetti, responsible for the kidnapping and murder of 3-year-old American heiress Daisy Armstrong) dies aboard the Orient Express, stabbed a dozen times during the night by someone still aboard the train.

When a freak avalanche forces the Orient Express to stop on a precarious (and breathtakingly cinematic) stretch of track, Poirot finds the time to interview each and every one of the suspects — confined to the 12 first- and second-class passengers who might have had access to Ratchett’s cabin. Poirot, whose black-and-white worldview insists, “There is right, there is wrong, and nothing in between,” finds this to be his most difficult case yet, in part because each of these peculiar strangers could conceivably have a motive — yielding a complex dance of candor and deceit that invites audiences to test their detective skills to see who might be the most likely killer.

Among the ensemble, too many and ultimately too confusing to enumerate, are an unpleasant Russian princess (Judi Dench, all scowls and vinegar), an undercover detective (Willem Dafoe, assuming a showy Austrian accent), a fire-and-brimstone Spanish missionary (Penélope Cruz, playing the zealot) and an opportunistic widow (Michelle Pfeiffer, quite the minx), plus a handful of younger actors (Josh Gad, Daisy Ridley and Leslie Odom Jr.) who may well have been chosen to balance the studio’s potential-box-office algorithm for this pricey production — which is not to say that there’s a weak link among them. It’s just that Branagh finds himself wrangling a dozen wildly different character types, positioning them amid production designer Jim Clay’s meticulously recreated train set, and then permitting each to chew as much of said scenery as he or she can devour.

What a shame that the director, whose decision to shoot on 65mm gives the detail-oriented production a surreal (if rather unfortunate) “Polar Express”-like feel at times, wasn’t able to sustain the sense of wonder established in the film’s opening reel — especially during the pair of stunning tracking shots with which he unveils the Orient Express. For some reason, he privileges Poirot’s character (who is there to solve the case, not steal the show) and the train itself over his accomplished cast, even going so far as to invent an unnecessary love interest for the detective, deepening his character at the expense of the others, whose ostensible ties to the victim are barely explained.

As if to inject a bit of extra excitement into the whole affair, the movie manifests two weapons — a gun and a dagger — which serve to create a frisson of jeopardy while seriously undermining the solution to Christie’s intricate puzzle. When it does come time for Poirot to present his theory of what really happened, he lines everyone up like the disciples in Leonardo’s “The Last Supper” but fails to articulate how he untangled the far-fetched plot. Even Christie realized that she was going out on a limb with “Murder,” having one character exclaim: “This is more wildly improbable than any roman policier I have ever read!” But Branagh deflects, shifting the focus from the big reveal to what his character will decide to do about it, then letting him off the hook by suggesting that his skills are otherwise needed to investigate a death on the Nile — a nod to another Christie mystery that might have been better served by Branagh’s scene-stealing Poirot. 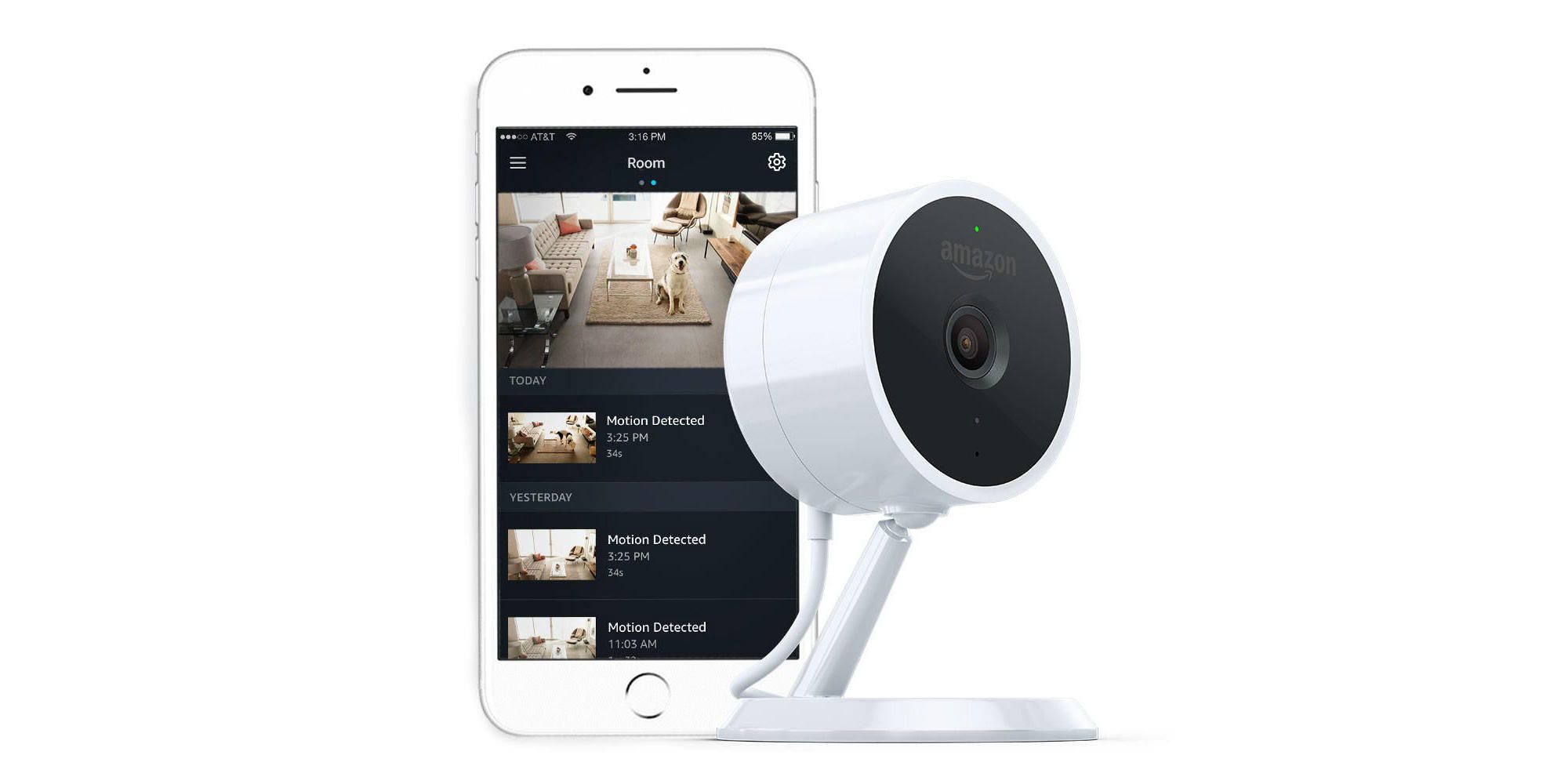 With the Pixel 2, Google joined Apple in the race to kill the headphone jack. But you can’t kill the jack if you don’t have a solid wireless solution to fall back on. Which is why, on Tuesday, Google announced that its doing a riff on one of the Apple’s coolest features, the seamless pairing of phones to Bluetooth headphones like the Apple Airpods. Now you should be able to pair your […]