‘Game of Thrones’ looks to rule the Emmys again 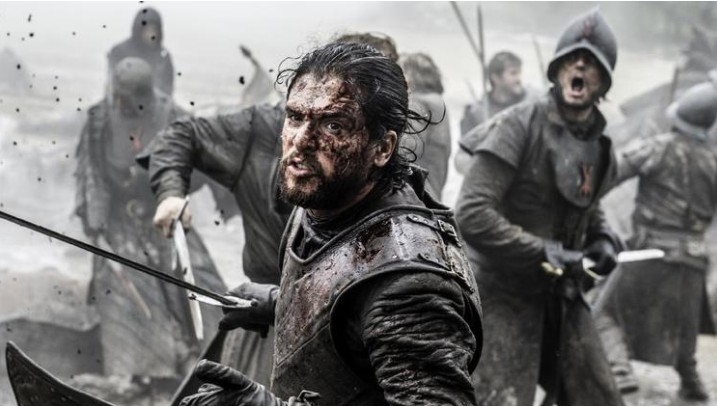 Emmy voters like reruns. Sure, new names pop up from year to year, but when it comes time to handing out the trophies, a good many old habits are hard to break.

So if you want a preview of this year’s ceremony, look up the 2015 show online. Because as you can see from the following final predictions, I’m guessing the makers of “Game of Thrones” and “Veep,” along with Julia Louis-Dreyfus, Jeffrey Tambor and Allison Janney, will need to find new ways to say “thank you.”

Analysis: With 23 nominations, including key mentions for acting, directing and writing, “Game of Thrones” is the clear favorite. Two of its main competitors — “Saul” and “House of Cards” — didn’t earn nominations for writing or directing, categories a series usually needs to win. (The last exception: “The Practice” in 1999, which somehow beat the first season of “The Sopranos.” Not one of the Emmys’ prouder moments.) Those polishing the silver and putting out the fine linen for one last “Downton” party should pay heed to the paucity of acting nominations — just one, for Maggie Smith. So unless there’s going to be adomo arigato, “Mr. Robot(o)” groundswell, “Thrones” will remain in the seat of power. 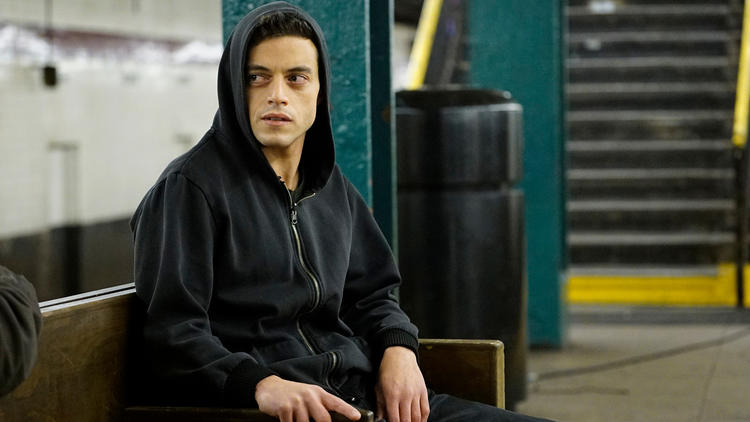 Analysis: The last three winners of this Emmy — Jeff Daniels, Bryan Cranston and Jon Hamm — are out of the picture, leaving the category open. Spacey is the safest choice, a brand name with two Oscars, along with a Golden Globe for “Cards.” But he might be the new Hamm, a perennial nominee destined to go home empty-handed until the season where Frank Underwood is assassinated or leaves Washington to open his own barbecue joint. Maybe Odenkirk wins and “Saul” inherits “Breaking Bad’s” Emmy mojo. Or maybe it’s first-time nominee Malek, arguably scoring the most degree-of-difficulty points for the many guises he puts forward as the lonely, delusional antihero in “Mr. Robot.”

Viola Davis, “How to Get Away with Murder”

Analysis: “Empire” has fallen. Danes has received her due. Russell just made the club. And I’m not convinced that many voters actually watch “Orphan Black,” as they’ve only rewarded Maslany over the years. So it’s likely between Wright, superb in this fourth season of “House of Cards,” and last year’s winner, Davis. We know by the nominations which series Emmy voters prefer. “Cards” earned 13; “Murder” just this one. With Davis already having an Emmy, look for Wright to finally win on her fourth try.

Analysis: This is Harington’s first nomination, mostly because, let’s face it, playing Jon Snow doesn’t require that much range. But the stoic character dominated “Thrones’” sixth season and all those “Jon Snow Returns from the Dead” headlines — along with Harington’s improvement as an actor over the course of the series — could be enough to earn him the Emmy. If not, perhaps Banks, who should have won last year.

Constance Zimmer talks about her character, Quinn King, from “UnReal.”

Analysis: Now might be a good time to mention that, thanks to the delay in premiering its seventh season, “Game of Thrones” won’t be eligible for next year’s Emmys.

Analysis: The same rule of thumb noted in drama series applies here: No writing or directing nom, no win. That rules out “black-ish,” “Modern Family” and “Unbreakable Kimmy Schmidt.” “Transparent” received one less nomination for its second season, which corresponded to a slight downtick in its critical reception. “Veep,” meanwhile, nearly doubled its nomination count, going from nine to 17. That also feels right, rewarding a show that didn’t miss a beat as David Mandel replaced Armando Iannucci as showrunner. With 11 nominations, “Silicon Valley” is also on the upswing with voters and newcomer “Master of None” just might be the best of the lot. But with the breadth and depth of love, “Veep” will be hard to beat this election year.

Aziz Ansari, “Master of None”

Will Forte, “The Last Man on Earth”

Will Forte talks about his TV show “The Last Man on Earth.”

Analysis: This could be a spot for voters to reward the superb second season of “black-ish” and its terrific lead. But Emmy voters do repeat themselves (Jim Parsons, Tony Shalhoub, Alec Baldwin in this category), making it likely Tambor will be rewarded again for his revelatory  work in “Transparent.”

Laurie Metcalf, “Getting On”

Analysis: Yes, that will be five in a row for the “Veep” lead. So what? Playing Selina Meyer, Dreyfus has always relished the character’s self-absorption and self-loathing but this season’s rather extreme (even for “Veep”) circumstances gave her occasion to reflect and even (just a bit) regret choices made. Dreyfus has never been better.

Analysis: Twenty-five years ago, beloved comedian Jonathan Winters won this Emmy for the short-lived series “Davis Rules.” (The show earned one other nod — for lighting.) I mention this because Anderson, another well-liked stand-up guy, received “Baskets’” sole Emmy nomination. And that scarcity rarely results in a win. But Anderson’s turn as Zach Galifianakis’ mom is a special, vulnerable piece of work and deserves the award.

Niecy Nash, “Getting On”

Analysis: Because you never pick against Janney, a seven-time winner, at the Emmys. You just don’t. 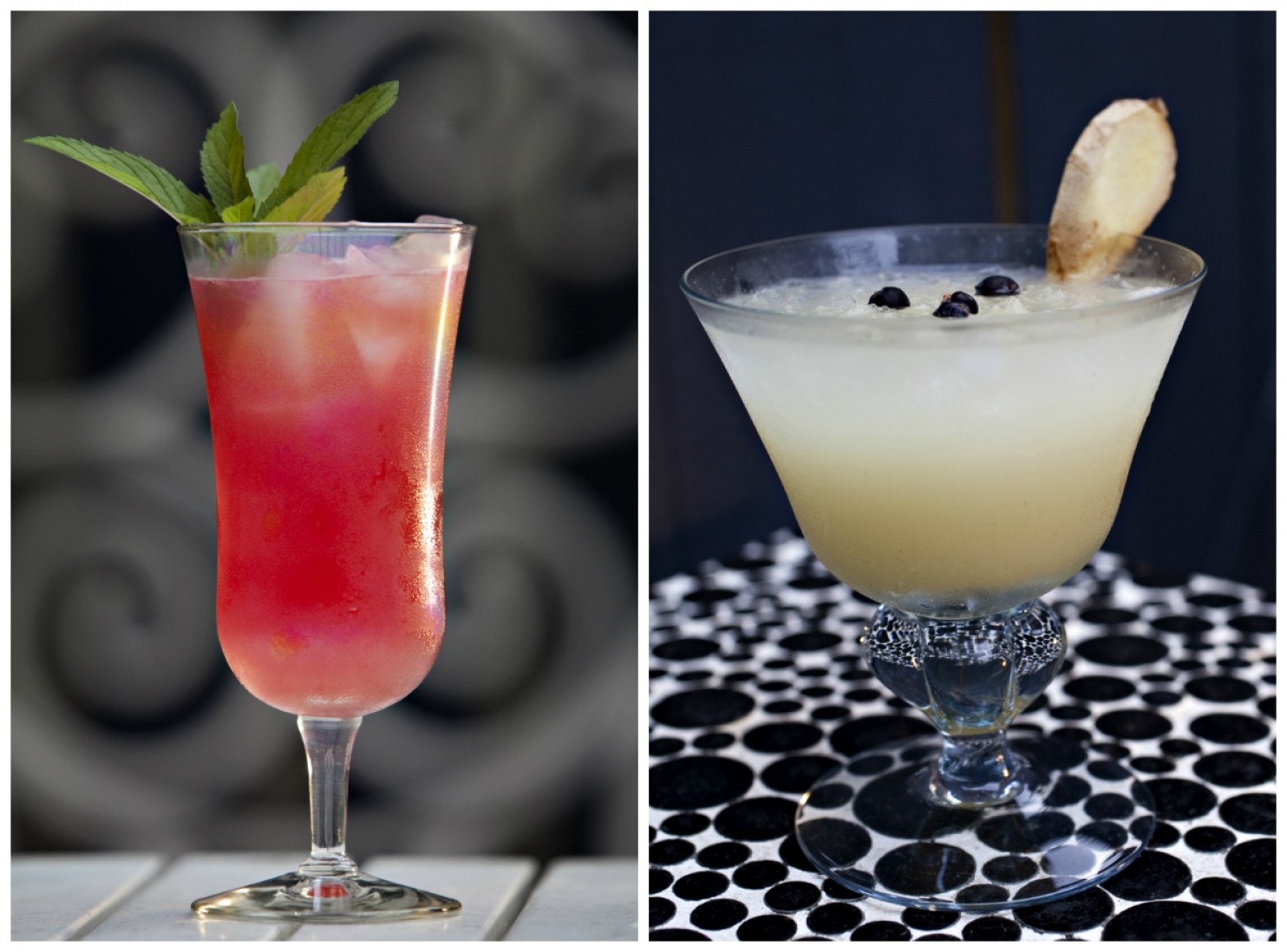 What to eat and drink while watching the Olympics

Quite a few of you were looking for ideal Olympic-watching foods in our Free Range chat on Wednesday. Looking to the flavors of Brazil for inspiration — think papaya, passion fruit, coconut and dulce de leche — we pulled together a slew of ideas from the Recipe Finder. International Salsa. It’s an international competition, so serve a dip with flavors found around the world. This one is a crowd pleaser — […]