‘Godzilla vs. Kong’ Set for 2020 as Warner Bros. and Legendary Unite Monster Franchises

Warner Bros. and Legendary are teaming up on a 2020 movie “Godzilla vs. Kong,” representing the official unification of the two monster franchises.

The companies jointly announced Wednesday that the basis for the film would be an “ecosystem” of giant super-species, both classic and new, as the Monarch organization that uncovered Godzilla in the 2014 film expands its mission in multiple releases.

The announcement noted that while Legendary maintains its new home at Universal Pictures, the Godzilla films and the Kong origin film will be distributed via Warner Bros. Production on “Kong: Skull Island,” which had been at Universal until recently, begins Oct. 19 with Tom Hiddleston, Brie Larson and “Straight Outta Compton” actors Corey Hawkins and Jason Mitchell.

“Kong: Skull Island” will be set in the mysterious home of the king of the apes as a team of explorers ventures deep inside the island. Jordan Vogt-Roberts is directing from a script by Max Borenstein, John Gatins and Dan Gilroy. Legendary’s Thomas Tull and Jon Jashni will produce with Mary Parent.

Tull said in a statement: “Audiences really responded to Godzilla. Today, I’m excited to reveal that film was only the beginning of an epic new entertainment universe. As a lifelong fan of these characters, I’ve always wanted to see the ultimate showdown, and today we’re pleased to be announcing that and more.”

Warner Bros. topper Kevin Tsujihara said in a statement: “Working with our partners at Legendary, we enjoyed tremendous creative and commercial success with ‘Godzilla.’ It’s great to be able to revisit these characters and help create a franchise with so many creative possibilities for filmmakers. Fans love these big, globally iconic films and it doesn’t get any bigger than this.”

Warner Bros. and Legendary announced on Aug. 14 that they had scheduled “Godzilla 2” for June 8, 2018, with Gareth Edwards returning as director of the monster movie sequel. At Comic-Con in July, Legendary disclosed that Godzilla would be joined by Mothra, Rodan and Ghidorah in the next movie. 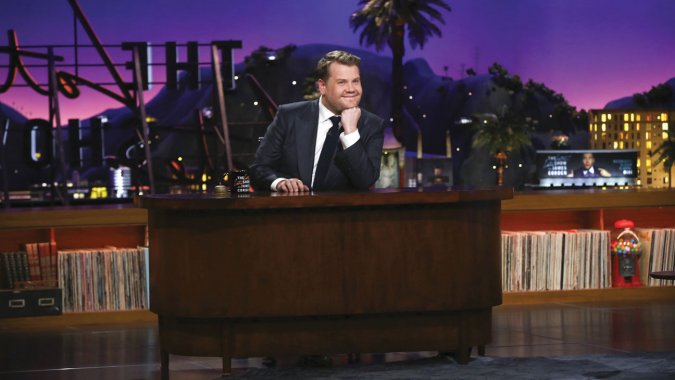 Robert De Niro, Ridley Scott and Carey Mulligan are among the ceremony's honorees. James Corden will host this year's Hollywood Film Awards. The Into the Woods actor has recently taken over CBS' The Late Late Show, following the exit of previous host Craig Ferguson. Corden will be honored at BAFTA's Britannia Awards as British Artist of the Year. Previously announced honorees at this years HFAs include Ridley Scott, who will […]