Golden Globes: What You Didn’t See on TV 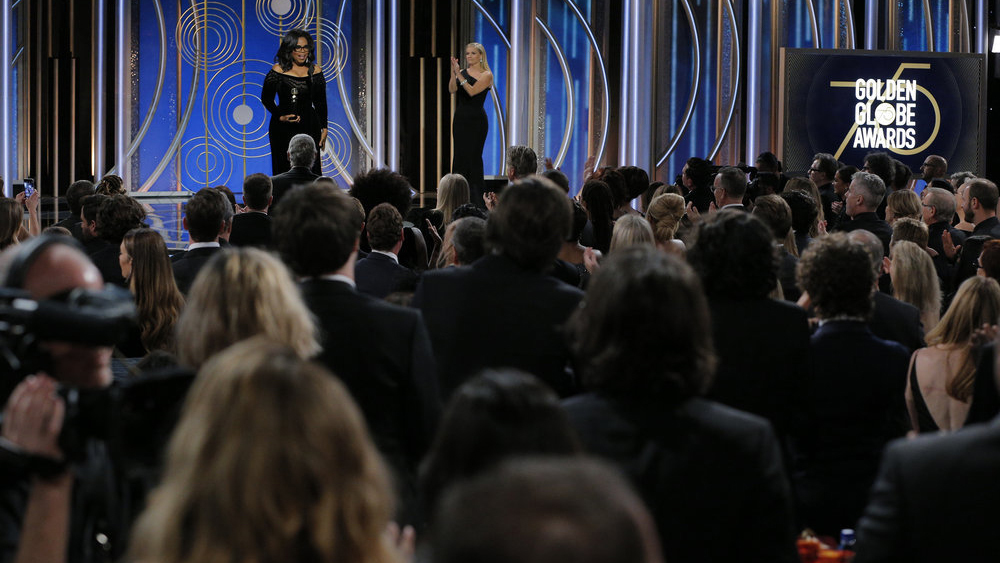 The Golden Globes always makes for one of the best televised award shows — with its heady mix of stars from film and television, unpredictable acceptance speeches, and generally raucous vibe.

Unlike the rest of the shows on the awards circuit, at the Globes, guests sit around dinner tables — rather than in rows in an auditorium — where the champagne and wine are free-flowing.

This year’s awards didn’t disappoint. But the cameras couldn’t capture all of the action in the room. During commercial breaks — and slow moments on-stage — Hollywood’s A-list headed out to the bar and the smoking patio, where they mingled over even more cocktails. Here’s what you didn’t see on TV.

The cast and creators of Netflix’s hit were mobbed by famous fans before, during, and after the show. David Harbour caught up with Bill Pullman and Alfred Molina; executive producers the Duffer Brothers chatted with “Game of Thrones” creators David Benioff and D.B. Weiss. And Harbour shared a tender moment with his co-star Millie Bobby Brown.

The worst job at the Globes must be that of the announcer, who tried time and time again to get the crowd to settle down when the show came back after a commercial break. And then there were those precious last moments before airtime, as he frantically tried to get everyone seated as the minutes clocked down to 5 p.m. Netflix chief Ted Sarandos chatted with Ron Howard, as they stood at the top of the stairs. But the biggest names were among the last to head in off the carpet, including Mariah Carey, Steven Spielberg and Kate Capshaw, Tom Hanks and Rita Wilson, Margot Robbie, and Meryl Streep.

Yes, guests do get fed at the Globes — but dinner is served while the red carpet is still in full force. By the time the stars actually sit down, the food is long gone, having been cleared away by diligent servers. Which means anyone who’s hungry has to settle for the finger sandwiches, vegetable crudites and fruit platters that are served in the bar. Only problem: by 6 p.m., the snacks were long gone.

The bar outside the ballroom is always the site of prime schmoozing, as well as the outside smoking patio. Hanks made a beeline for the bar during the first commercial break, delivering a tray of martinis to his table. Kit Harington (“Game of Thrones”) spent most of the night holding court outside. Aaron Sorkin cracked open his gold cigarette case as soon as he stepped outside. And Matt Smith (“The Crown”) tried to do a quick bar run, but quickly got mobbed.

At times, it felt like there were more people outside the ballroom than in it, but everyone rushed back inside to hear Oprah Winfrey’s acceptance speech. And she didn’t disappoint. The noisy chatter that filled the room the rest of the night quieted down as Winfrey delivered the moment of the night, saying, “I want all the girls watching here, now, to know that a new day is on the horizon” — to several standing ovations, cheers, and even a few whistles.

The audience is used to migrating back and forth between the ballroom and the bar, but at the start of the show, security insisted on keeping the doors closed during the ceremony. But the crowd wasn’t cooperating, and eventually they gave up, letting the noise and the chatter from the outside spaces filter through to the back of the ballroom.

Black is the new black

Nearly the only bright spot of color to be found at the show was the actual red carpet — most women and men alike dressed in solidarity with the Time’s Up movement. Men even traded in white shirts for black ones, like “Black-ish” creator Kenya Barris, saying, “You’ve got to show your true colors tonight.” There were a few outliers, of course — as well as a few women with impossibly long trains that kept getting trampled in the crush.

When James Franco won for best actor in “The Disaster Artist,” the crowd’s attention immediately turned to Tommy Wiseau, who rose to his feet to support the man who played him in the movie. “Tommy, Tommy,” they chanted as Wiseau was finally persuaded to join Franco on stage — although Franco didn’t let him speak.

His monologue was (mostly) well-received in the room, as he deftly acknowledged the “Time’s Up” movement as well as the the latest headlines about President Donald Trump. “He’s the perfect host for tonight,” Kevin Bacon said. But then he all but disappeared from the stage, leaving it to women and well-chosen presenters to take center stage. Surprise presenters like Carol Burnett and Kirk Douglas won full-throated support from the crowd, as well as Barbra Streisand.

Selfies were the game of the night, as stars not only indulged fans with photos — The Rock was a good sport, stopping several times on his way into the room — but also snapped some themselves to capture the historic night. 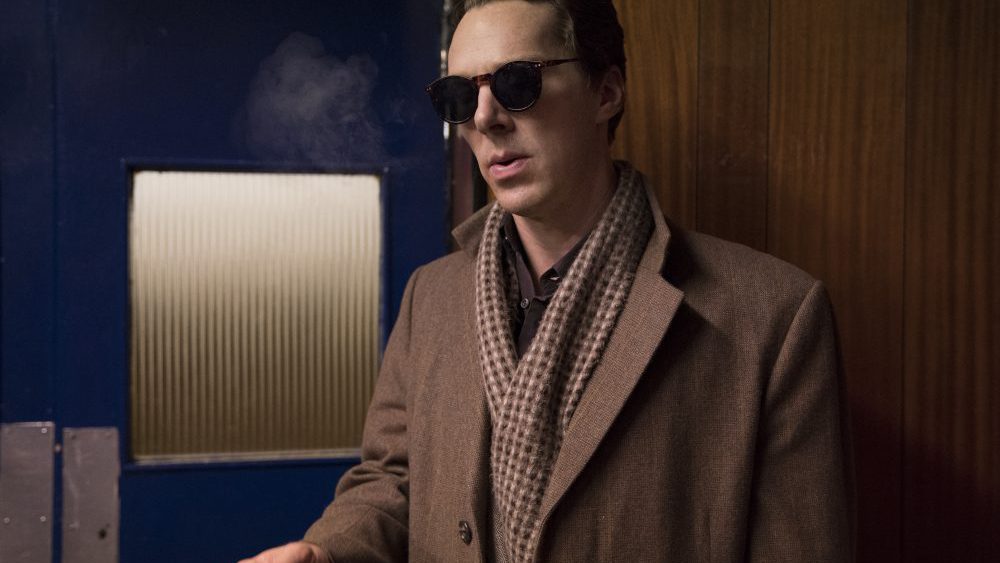 Benedict Cumberbatch explained what drew him to the title role of the upcoming Showtime limited series “Patrick Melrose” during the Television Critics Association winter press tour on Saturday. “They are the most extraordinary prose,” Cumberbatch said via satellite. “[Edward St. Aubyn is] one of the most, if not the most, extraordinary modern prose stylists working in the English language.” “At its heart the subject matter took something–a world I thought I knew and […]