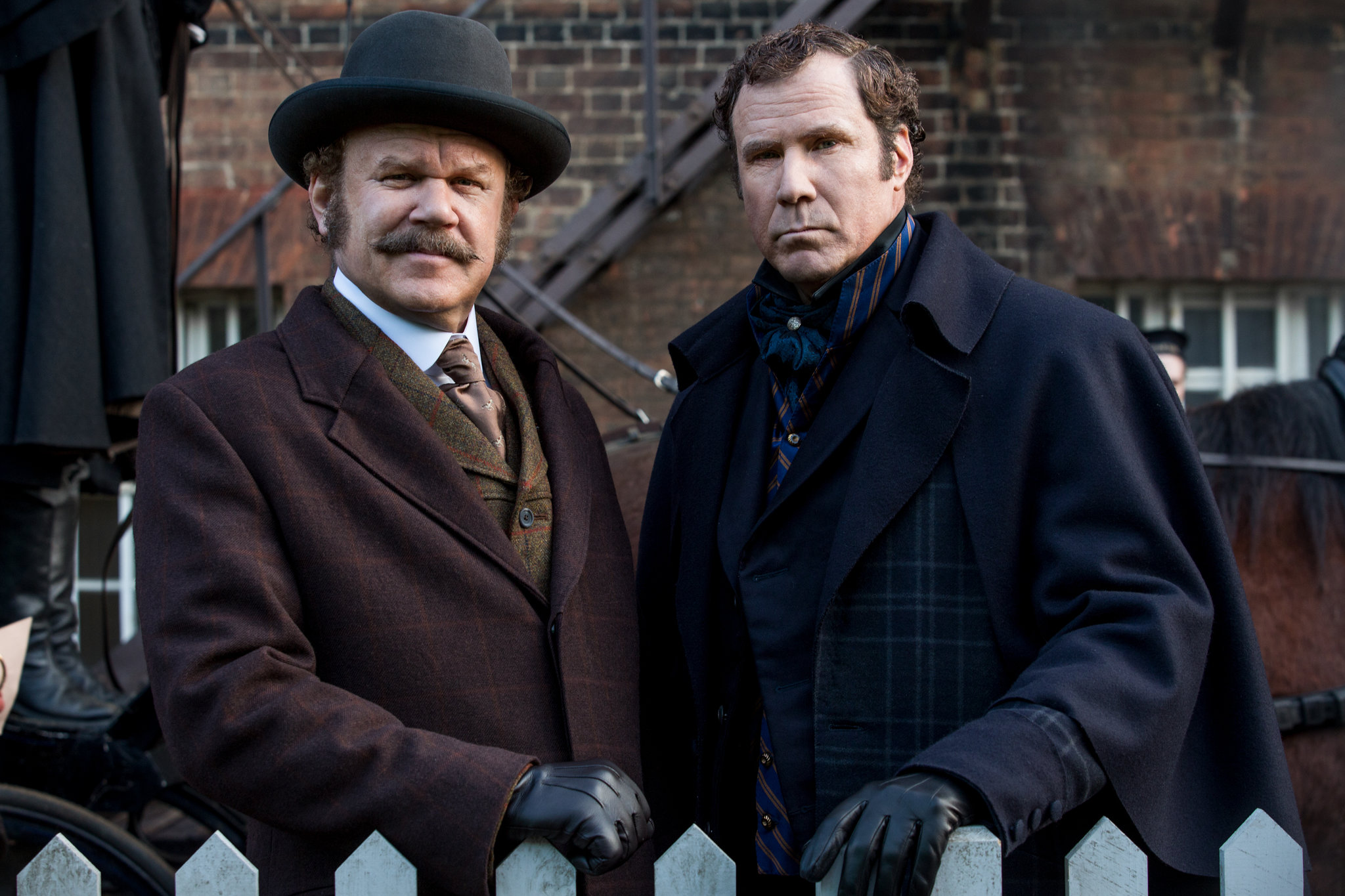 In Arthur Conan Doyle’s original telling, Sherlock Holmes indulged in morphine and cocaine because the drugs offered him a break from “the dull routine of existence.” His mind, Dr. Watson recalls him saying in “The Sign of Four” (1890), rebelled at “stagnation.” Problems, work and cryptograms: Their inspiration would permit him to dispense with “artificial stimulants.”

More laughs are all that would have been necessary to prevent the stagnation of “Holmes & Watson”; as the movie stands, smuggling in booze to dispel the sense of dull routine could only help. Sony sneaked this parody into theaters on Christmas without screenings for critics, normally evidence that the film in question is less than the work of a mastermind.

Still, a viewing of the movie doesn’t quite solve the mystery of why the distributor deep-sixed the latest chapter in an enduring partnership — not of Holmes and Watson, but of Will Ferrell and John C. Reilly. True, the almost Dadaist, apparently improvisational banter they brought to “Talladega Nights: The Ballad of Ricky Bobby” and “Step Brothers” has been tempered this time by familiarity, the constraints of the period setting and the need for the movie to follow of the contours of a lackluster whodunit.

But there is still intermittent joy to be found in their autumnal bromance, which reaches apotheosis here in a late-breaking musical duet from the show-tune veterans Alan Menken and Glenn Slater.

In this version of the story, written and directed by Etan Cohen (who directed the much-worse “Get Hard”), Holmes (Ferrell) and Watson (Reilly) are said to have met as schoolboys after a young Holmes used his powers of deduction to get their bullying classmates expelled. The relationship has grown so close that Holmes can predict Watson’s moves at rock, paper, scissors and Battleship without a game being played. They bond over the dubious wisdom of sending drunk-telegrams and the difficulty of finding Holmes the proper hat. A “Make England Great Again” fez is among the rejects.

Anachronisms give the movie its most obvious yet most effective targets — targets hit more palpably by the Brit playing an American than the Americans playing Brits. Rebecca Hall turns up as Grace Hart, a doctor visiting from Boston who throughout the movie rattles off signs of progress in the United States, from the gender pay gap (not terrible for the time!) to the right to a trial by a “jury of white property-owning men.”

One of the better bits brings her and a smitten Watson together to perform an autopsy, which turns into a re-enactment of a famous scene from “Ghost” with a cake-covered corpse instead of pottery. Lauren Lapkus, as Grace’s mute assistant, who is said to have been reared by cats, raises a few smiles as well, mostly without saying a word.

Comparably, the men’s sparring, to say nothing of the “Weekend at Bernie’s” routine they pull with the queen (Pam Ferris), looks more tired than usual, and the filmmakers haven’t remotely figured out how to use Ralph Fiennes — as either Holmes’s nemesis Moriarty or a look-alike patsy — who appears so infrequently that he could just as well have been left on the cutting-room floor. In this context, it’s not really a case worth cracking. 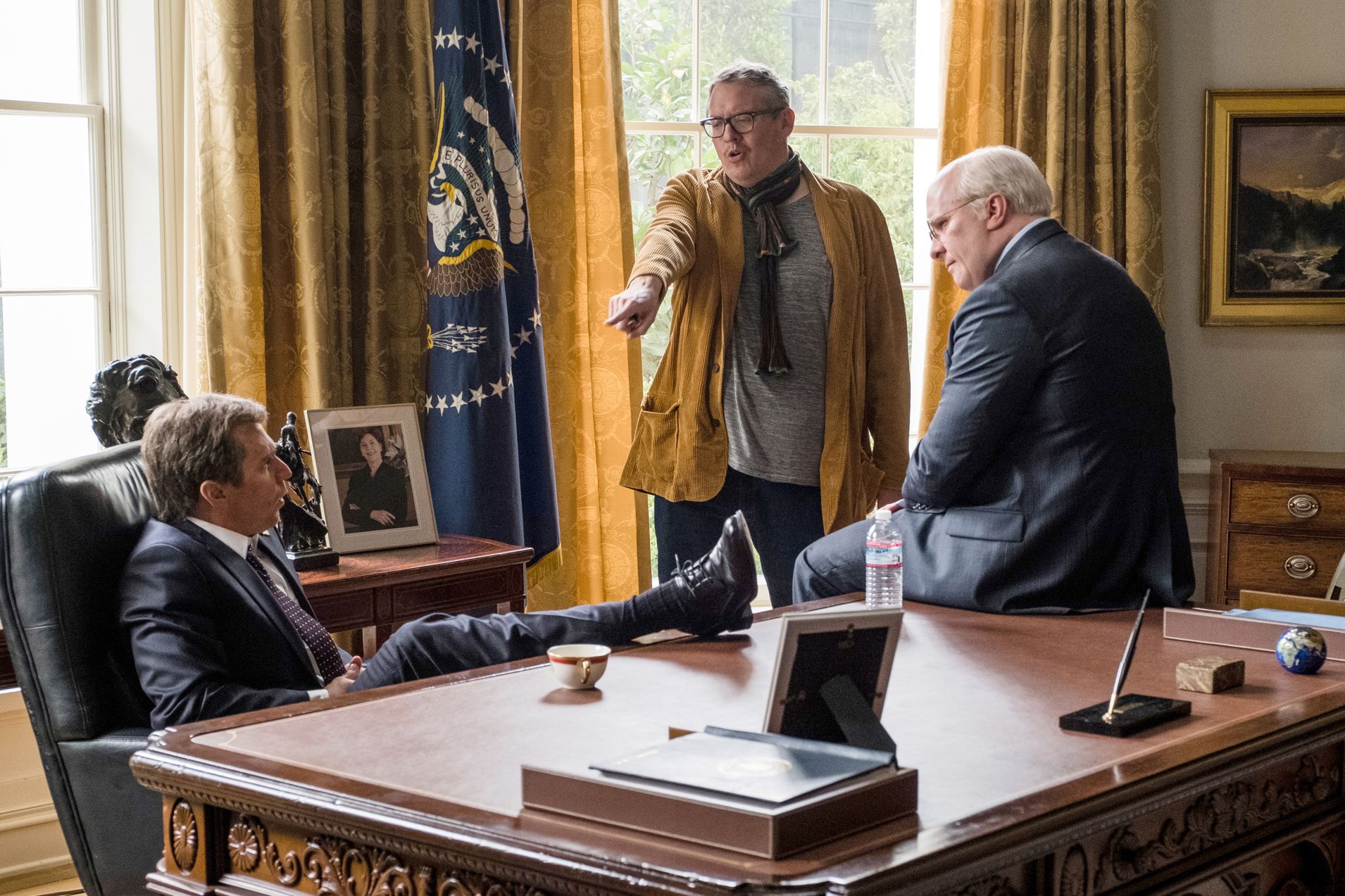 It was a fever, a bookshelf, and possibly divine intervention, that made Adam McKay realize he didn’t know Dick. In the late winter of 2016, the writer-director had just finished the awards-circuit death march for The Big Short, his look at the housing crisis. Then, a week after the Oscars, the 50-year-old filmmaker found himself laid up with what he characterizes as “the worst flu you could possibly imagine.” He’s recalling this while slumped […]