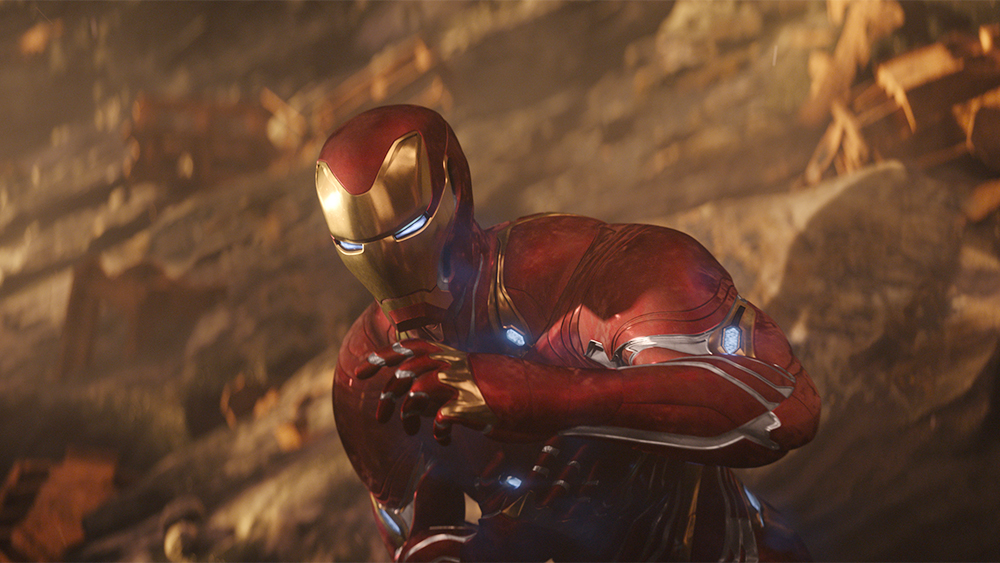 “Avengers: Infinity War” has topped the $500 million mark at the North American box office in only its 15th day — the second-fastest movie to achieve that milestone.

Disney-Marvel’s superhero tentpole grossed $16 million on Friday at 4,474 locations to reach $502 million. Only 2015’s “Star Wars: The Force Awakens” hit the half-billion dollar mark faster, needing just 10 days to do so. “Star Wars: The Last Jedi” had held the second-fastest mark at 16 days.

“Avengers: Infinity War” is dominating domestic moviegoing and should finish its third weekend with about $60 million, making it the fourth-highest grossing third frame of all time.

The opening of Melissa McCarthy’s comedy “Life of the Party” is heading for around $18.5 million at 3,656 sites, followed by the launch of Gabrielle Union’s thriller “Breaking In” at about $15 million at 2,537 venues.

Should estimates hold, “Avengers: Infinity War” will wind up the weekend at $546 million — eighth on the all-time domestic list, ahead of the lifetime total of “The Dark Knight” at $534.9 million.

“Life of the Party,” a PG-13 title from Warner Bros.’ New Line, should see its best performance on Mother’s Day on Sunday following a promotional push to get mothers and daughters to hit theaters. McCarthy plays a mom who joins her daughter (played by Molly Gordon) in college after getting divorced. McCarthy’s spouse, Ben Falcone, directed from a script he co-wrote with McCarthy.

Universal’s “Breaking In,” directed by James McTeigue, is performing in line with estimates, which had been in the $14 million to $17 million range. Union portrays a single mom who has to protect her two children (played by Seth Carr and Ajiona Alexus) after her father’s Malibu mansion is invaded by burglars.

“Life of the Party” has earned a 42% on Rotten Tomatoes, while “Breaking In” carries a 29% rating.

“Avengers: Infinity War” has already taken in more than $800 million overseas with a robust opening expected this weekend in China. First-day grosses on Friday hit $76 million.

Thanks largely to “Black Panther” and “Avengers: Infinity War,” the overall domestic box office is up 4% to $4.16 billion as of May 9, according to comScore. Overall business this weekend should be about the same pace as the 2017 frame, when the second weekend of “Guardians of the Galaxy Vol. 2” led with $65.3 million, followed by the openings of “Snatched” with $19.5 million and “King Arthur: Legend of the Sword” with $15.4 million.

Business is likely to boom in coming weeks with Fox’s “Deadpool 2” launching on May 18 and Disney’s “Solo: A Star Wars Story” opening on May 25.

The leaders of the Cannes Film Festival have signed a gender equality pledge promising to make their selection process more transparent and to push their executive boards toward gender parity. Cannes director Thierry Fremaux signed the pledge Monday in a packed tent on the Cannes beach, along with Edouard Waintrop, artistic director of Cannes’ Director’s Fortnight section, and Charles Tesson, artistic director of Critics’ Week. Watching from the front row […]