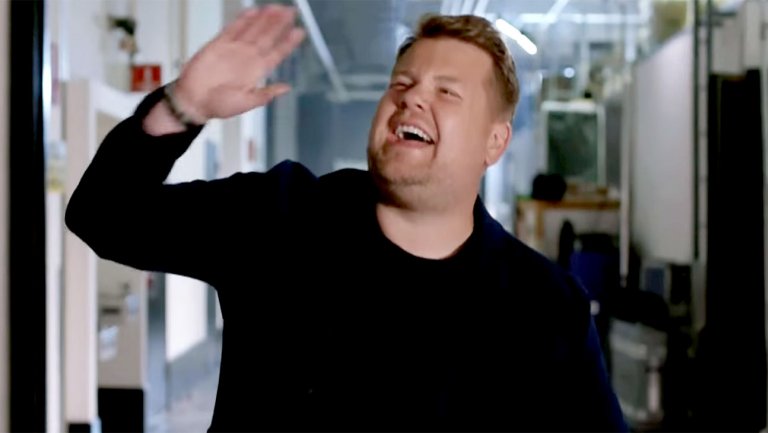 share close
email
After the horror film opened to astounding numbers at the box office, Corden evoked fear as the co-worker from hell in a spoof on his late-night show.
James Corden parodied John Krasinski and Emily Blunt’s horror film, A Quiet Place, during a Wednesday night sketch on The Late Late Show. In A Quiet Late Late, Corden plays an annoying co-worker who will barge in on group activities if he hears the slightest sound.

“If he hears you, he will join you,” the trailer warns. Indeed, when Corden hears the sound of a Late Late Showemployee biting into a chip in the breakroom, he joins his colleagues for lunch, much to their dismay. Not only does Corden steal their fries, but he incites major eye rolls when he gleefully shows off his new fidget-spinner.

Later, things get a bit more intense when his co-workers play a silent game of Monopoly — directly referencing a scene from A Quiet Place — and an employee can’t help but cheer out loud when he wins the game. “Maybe he didn’t hear,” another player whispers in fear, just before Corden pops up out of nowhere.

“You guys playing Monopoly? I love Monopoly!” he says, completely unaware of how unwanted his presence is. “I’ll be the thimble. You guys here the whole time? I didn’t even hear you.”

At the end of the clip, a co-worker’s phone rings and it only takes seconds before Corden finds him. That’s when the employee discovers Corden’s weakness: physical exertion. “He will force you to include him,” states the trailer. “Unless you run away.”

After a short sprint, Corden gives up, saying, “I’ll catch up with you later. We had fun! That’s a fun game.”

Corden’s take on A Quiet Place comes after the movie made more than $50 million over the weekend. In the film, which has earned rave reviews, Krasinski and his wife, Blunt, play a couple who live in isolation with their two children. In order to avoid being killed by spider-like monsters who are acutely attracted to sound, they make a concerted attempt to never make any noise.

The project marks Krasinski’s first screenplay and his third directorial effort since he and Blunt got married in 2010. The Paramount Pictures feature was recently cleared by China’s censors and secured a release date (May 18), which is rare for a horror film in the communist country.

Watch Corden’s sketch in the video below. 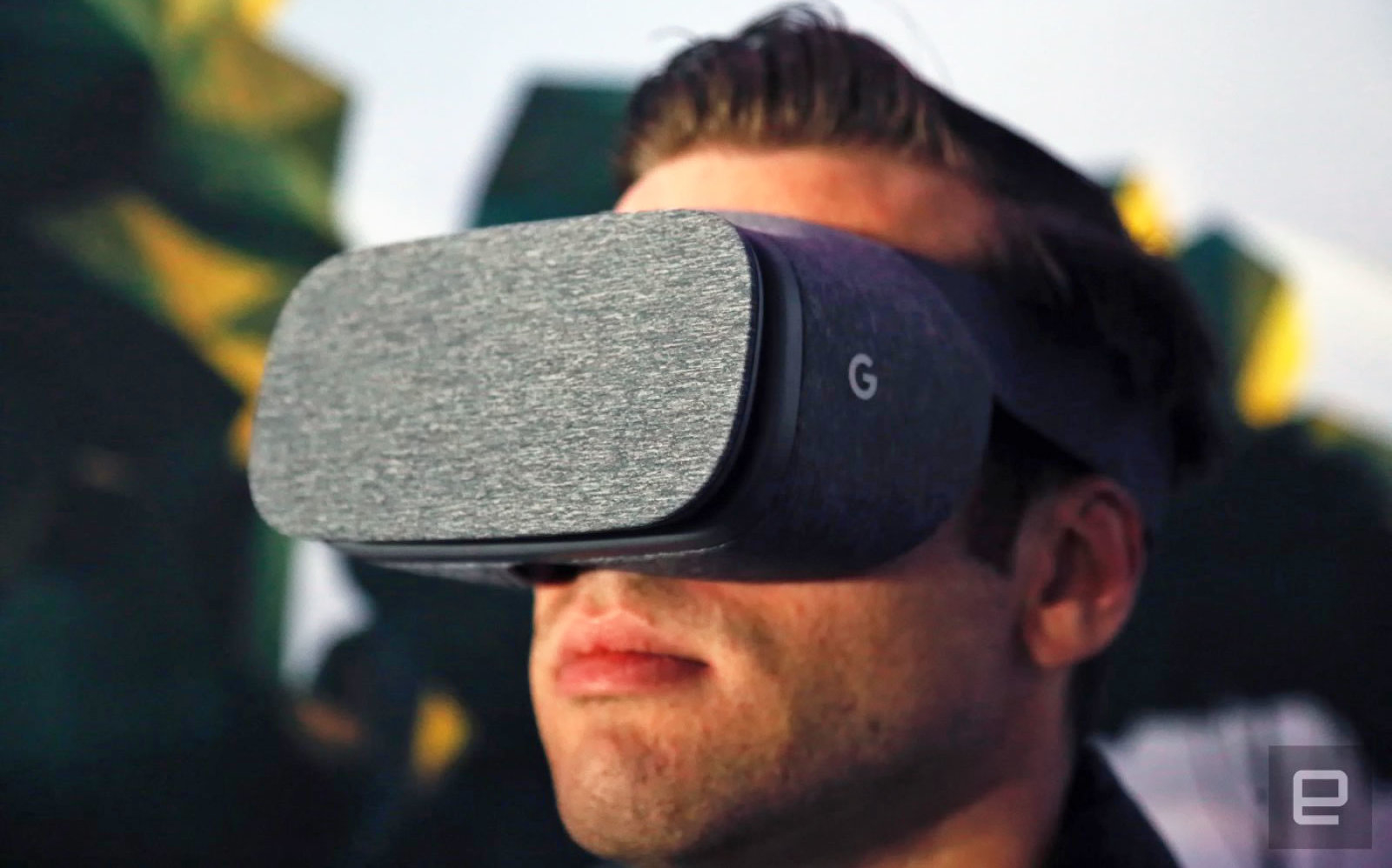 Google is opening up VR180 to hardware-makers and developers

For Google's VR180 to become successful, manufacturers and developers have to be onboard, creating devices and churning out videos and apps that use the format. That's why the tech giant is now opening it up to hardware-makers and devs by publishing the remaining details on how they can start engaging with the format and offer VR180 products. When Google-owned platform YouTube introduced VR180 last year, it introduced the format as a way for creators […]