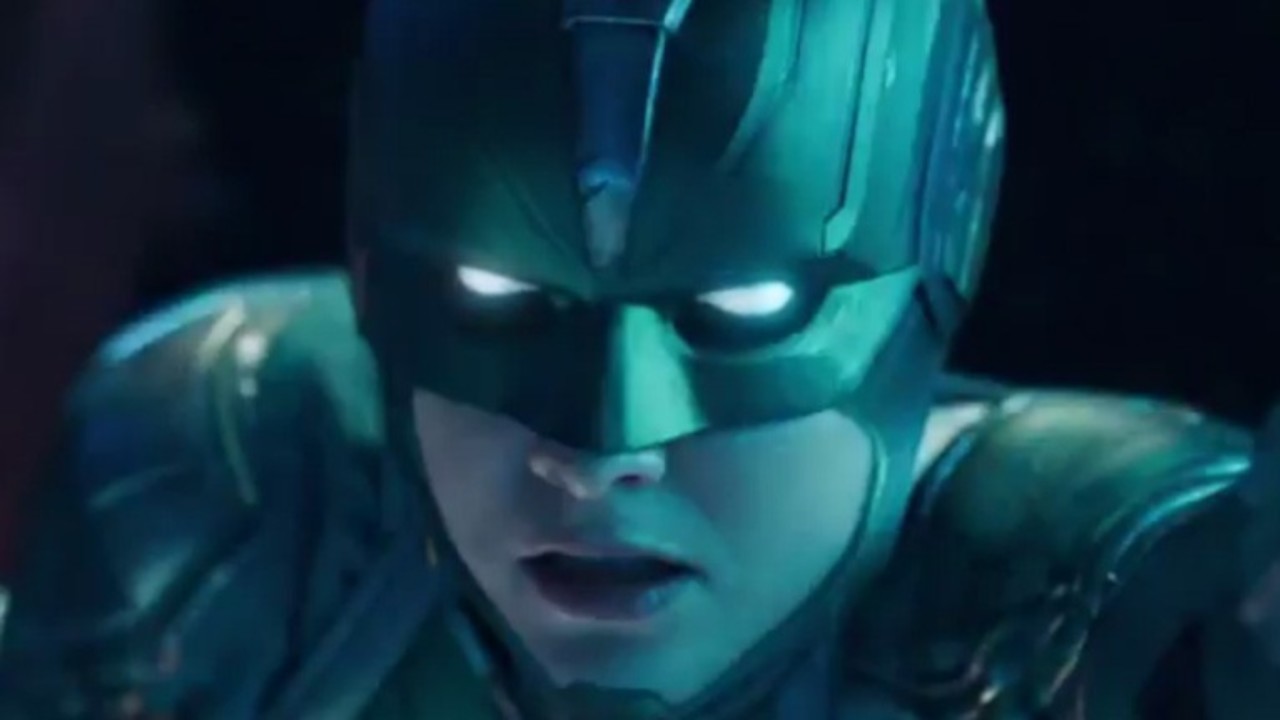 Marvel Studios released the first trailer for Captain Marvel earlier this month, and Kevin Smith was blown away.

On his podcast Fatman Beyond, Smith shared his reaction to the trailer.

“Look, my heart soared but my ego plummeted in the toilet when I saw them go ‘Her – Hero’,” Smith explained. “I have been on this best of all possible worlds 48 years and I never saw that coming. Never saw, ‘Oh my god, if you put an ‘O’ on ‘her’ it’s hero.’ F**k the special effects, thatgot me. I was like, ‘Oh my god, that’s f**king breathtaking and f**king brilliant.’

“Add to it, it opens with our main character falling through the sky into the roof of a video store and I was just like, ‘I used to work in one of those. This feels very personal. The ‘90s? I might be in this!’ We waited to see who was going to save us from Thanos and $#!+ and they finally gave us a glimpse.”

Smith also revealed his favorite specific moment from the trailer.

My favorite image in the trailer, single image…single shot was they have her wearing the helmet with the glowing f**king eyes. I took a screenshot of that and put it up on my laptop because $#!+ like that does it for me. That took me right into the comic. That took me into my childhood. Like, that looks f**ked up and wonderful and perfect and I can’t believe we’re in the world of glowing eyes on f**king helmets now. Like, oh my god, everything about this is fantastic.”

That helmet is lifted directly from the Captain Marvel comic books.

Smith also commented on how young Samuel L. Jackson looks as Nick Fury and noted how the trailer plays to comic book fans.

“The fact that they are telling a story where she doesn’t seem to remember, they’re doing the amnesia thing…is intriguing. They haven’t done that in a Marvel movie, so that means they’re not going to do a traditional origin story…so that’s exciting and they haven’t really done that yet, that I can think of, in one of those Marvel movies.

“Seeing her at the end of the trailer, of course, being in the costume that everybody knows was absolutely f**ing thrilling…We’ve seen the image of the Skrulls…which leads to, if you’re a comic book fan, a great moment in the trailer where Captain Marvel rocks some old woman in the face…I loved it”

That’s Smith’s reaction. Here’s how the rest of the internet reacted to the first Captain Marveltrailer.

Other upcoming Marvel Cinematic Universe movies include Avengers 4 on May 3, 2019, and Spider-Man: Far From Home on July 5th, 2019.

The boys are back in town. Will Ferrell and John C. Reilly reunite in "Holmes and Watson" and the comic duo are as gleefully moronic as ever. The comedy's trailer dropped Friday, giving a new spin on the famed genius detective Sherlock Holmes and sidekick Dr. John Watson — showing the two as utter morons. Look away Benedict Cumberbatch, look away. In the trailer, Holmes (Ferrell) unleashes a killer bee colony from a protective glass case with […]