How The Last Jedi Became the Sexiest Star Wars Movie Yet 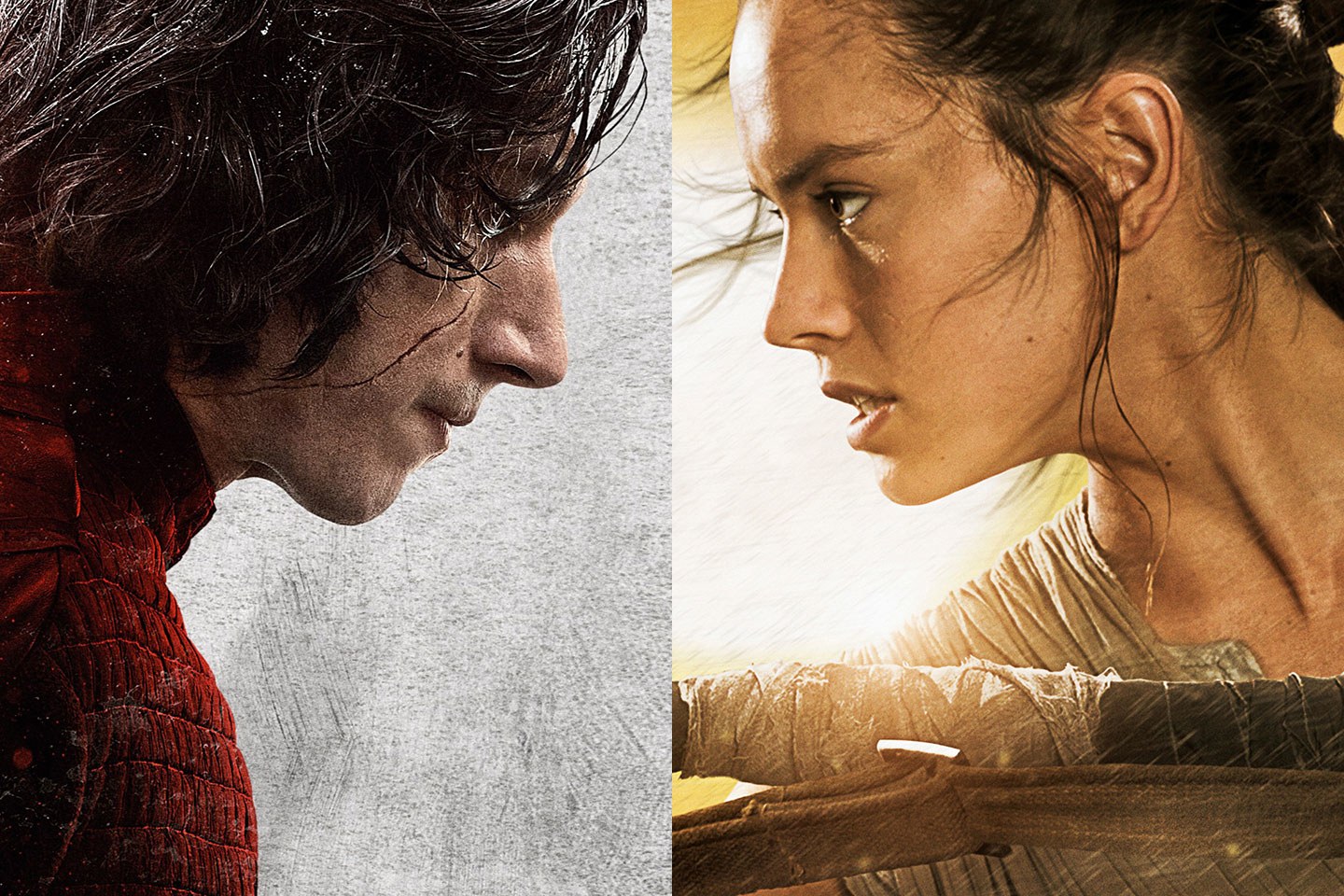 This article contains considerable spoilers for Star Wars: The Last Jedi.If you want to go into the film pure as the driven salt on the mining planet of Crait, you should wait until later to read this. Otherwise, join us for a closer look at the long-distance relationship scorching across the galaxy in Episode VIII.

There are a number of heart-stopping moments in The Last Jedi: Holdo’s last stand, the big Luke reveal, Chewie’s Porg-tastic snack. But having seen the film with a full audience three times, I can say no moment draws more audible gasps and applause than when Adam Driver’s Kylo Ren and Daisy Ridley’s Rey whirl around in brief slow-motion, stand back-to-back, and take on a room of their shared enemies together. It’s the sexiest moment in a franchise that already featured a young Han Solo answering Leia’s earnest “I love you” with a smoldering “I know.”

Two years ago, the Star Wars fans of Tumblr eagerly latched on to the Force Awakens electricity between Kylo and Rey, launching the #Reylo hashtag and inspiring an older generation of fans to caution against rooting for romance between two the leads lest they be, you know, related. But I hate to break it to you: the Tumblr fans were right. With Rey’s non-Skywalker lineage confirmed, she and Kylo burn up the screen in the franchise’s most intense relationship we can’t help but root for—even though we know we shouldn’t.

It’s tempting, at first, to deny the existence of any sexual tones in The Last Jedi. This is, after all, a franchise for kids. But sex, love, and bad or off-limits romances have always been written into the D.N.A. of Star Wars—albeit a little less lustily. It was Leia’s beauty, after all, that drew her brother (!), Luke, into his quest and inspired Han to stay. It was Anakin’s love and possessive desire for Padmé that caused him to fall. And who could forget the cheap thrills of Leia’s metal bikini?

Annihilation: Natalie Portman is on a mission in new trailer

https://www.youtube.com/watch?v=89OP78l9oF0 In the upcoming sci-fi film Annihilation, a group of scientists set out to explore an area that has been overtaken by a mysterious force and is full of strange sights — and terrors. The film stars Natalie Portman, Jennifer Jason Leigh, Tuva Novotny, Gina Rodriguez, and Tessa Thompson as the members of the team, while Oscar Isaac plays the husband of Portman’s character. Annihilation — which just released its second trailer […]