Is the Latest Game of Thrones Rumor a Hoax Itself? 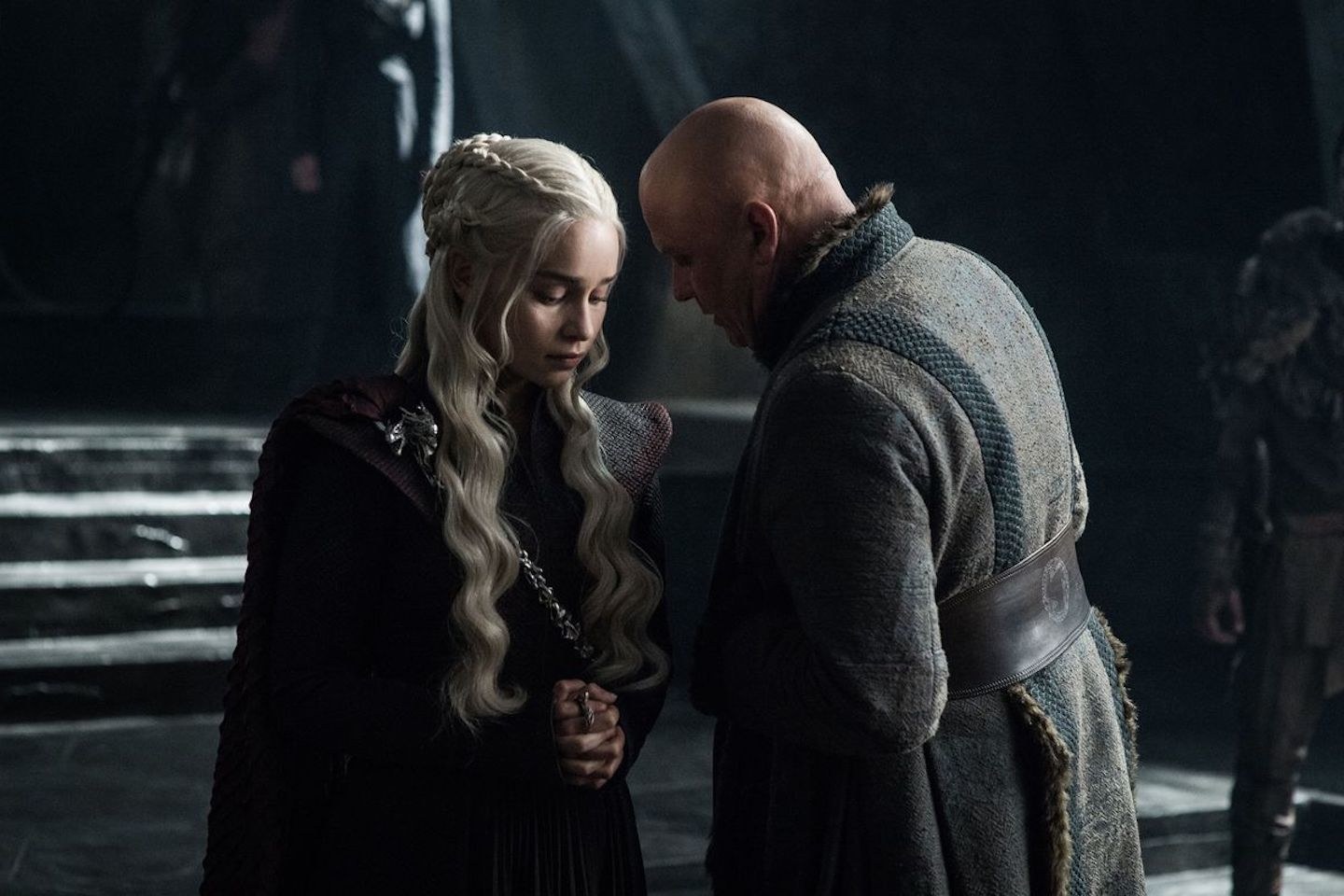 he latest rumor spreading like wildfire through the Game of Thronesfandom doesn’t come from behind-the-scenes leaks, hacks, or set reports, but rather straight from the horse’s mouth. During an event at Bethlehem Moravian College, HBO’s head of programming, Casey Bloys, seemed to unveil the network’s plans to keep the final moments of Game of Thrones a mystery by filming multiple endings. Wait, really?

Thrones wouldn’t be the first hit show to go to such great lengths. In 2016, stories claimed that 11 cast members of The Walking Dead had filmed death scenes in order to throw viewers off the scent after Season 6’s big cliffhanger, in which an unseen series regular fell prey to Negan and his barbed bat. That turned out not to be entirely true: while 11 cast members did get conked on the head in footage the show used as part of an anguished fantasy sequence, the series didn’t actually film protracted death scenes for each and every member of the cast.

As producer Greg Nicotero put it later in interviews: “We did shoot some alternate [takes], and we did shoot some other characters. That was a great device to really help get into Rick’s head as he’s imagining the horrific act happening over and over and over again—[and] it didn’t hurt to put that out there . . . to preserve the experience, because that’s first and foremost what we wanted to do.” Dallas pulled a similar ploy way back in the pre-Internet days in 1980, when multiple characters were filmed firing the gun that fatally shot J.R. Ewing and Sex and the City shotCarrie winding up with another suitor (and choosing herself) in order to throw off the show’s crew from her final (inevitable) reunion with Big.

But a bash of a bat, a giggling brunch, or the pull of a trigger isn’t the same thing, financially, as shooting several entirely different endings for a big-budget fantasy—which is what Thrones may have planned, according to what Bloys is saying. (HBO has not clarified his statement, though V.F. has reached out to the network for comment.) There is precedent for HBO spending some extra time and money to dupe inquisitive fans: Thrones star Kit Harington claimed on Jimmy Kimmel Live! that the show once spent 15 hours shooting three fake scenes in order to foil the drone-heavy spies circling the production. But while shots of Emilia Clarke and Harington monkeying around with some foam dragon heads on the beach may have fooled some fans, it didn’t hoodwink the most devoted Thrones production reporters; Susan Miller, of the fan site Watchers on the Wall, pointed out to Vulture that her team wasn’t taken in for a second. The dragons on Game of Thrones are never shot with those doofy foam heads—they’re green balls on sticks.) So if Thrones plans to follow this same gambit for Season 8, it may have to step up its prop game.

When information about the most recent season of Game of Thrones did leak, it came from detailed script descriptions and, in one case, an episode accidentally leaked by HBO itself. But really, none of that mattered: the show was more popular than ever this summer, with sky-high ratings despite being pirated more than 1 billion times. In a 2016 interview, actor Alexander Siddig, who played Prince Doran Martell, described how the cat-and-mouse game—of HBO keeping secrets, and fans (and hackers) trying to discover them—only adds to the hype around each season: “The more secretive it is, the more special it is. And certainly Game of Thrones plays that. They misinform the crowd and they give them tidbits to send them in wrong directions.“

Leaks and spoilers, frustrating as they are for the production team and for fans who want to remain in the dark, haven’t ruined Game of Thrones, and never will. Massive audiences keep tuning in—and, by and large, are still captivated by every twist and turn, even the ones they saw coming. So is it really worth the money to shoot elaborate alternate endings when the most-leaked season yet was also HBO’s most-financially lucrative? Maybe; maybe not. But it won’t hurt the mystery around the show for Game of Thrones not to shoot fake endings—but say they did anyway. 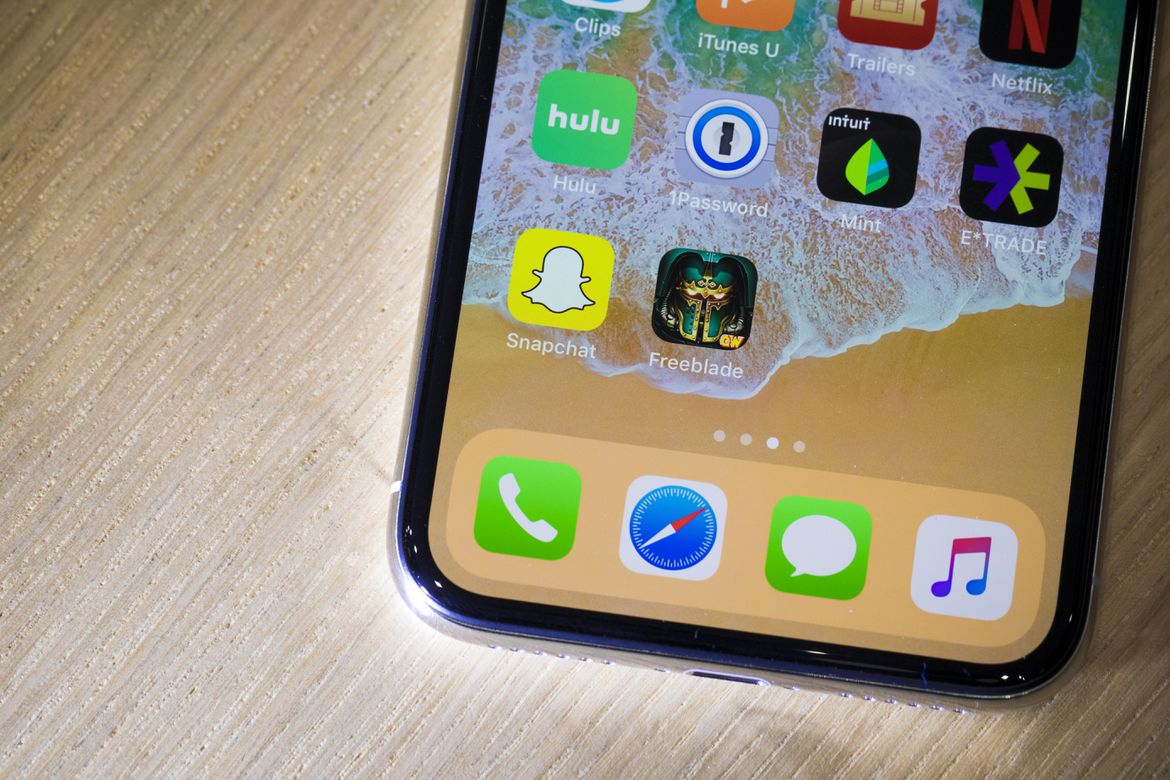 The brand new iPhone X -- that's pronounced "ten," by the way, not "ex" -- is Apple's iPhone zenith, the priciest, boldest iPhone the company has ever made. It already tops the iPhone 8 and iPhone 8 Plus in some pretty specific ways. For Apple, it's a phone of firsts. The first to have a 5.8-inch screen with ultraslim bezels. The first to use an OLED screen, a different technology than the typical LCD […]