A ‘Lord Of The Rings’ TV Series May Be In The Works, But Fans Aren’t Here For It 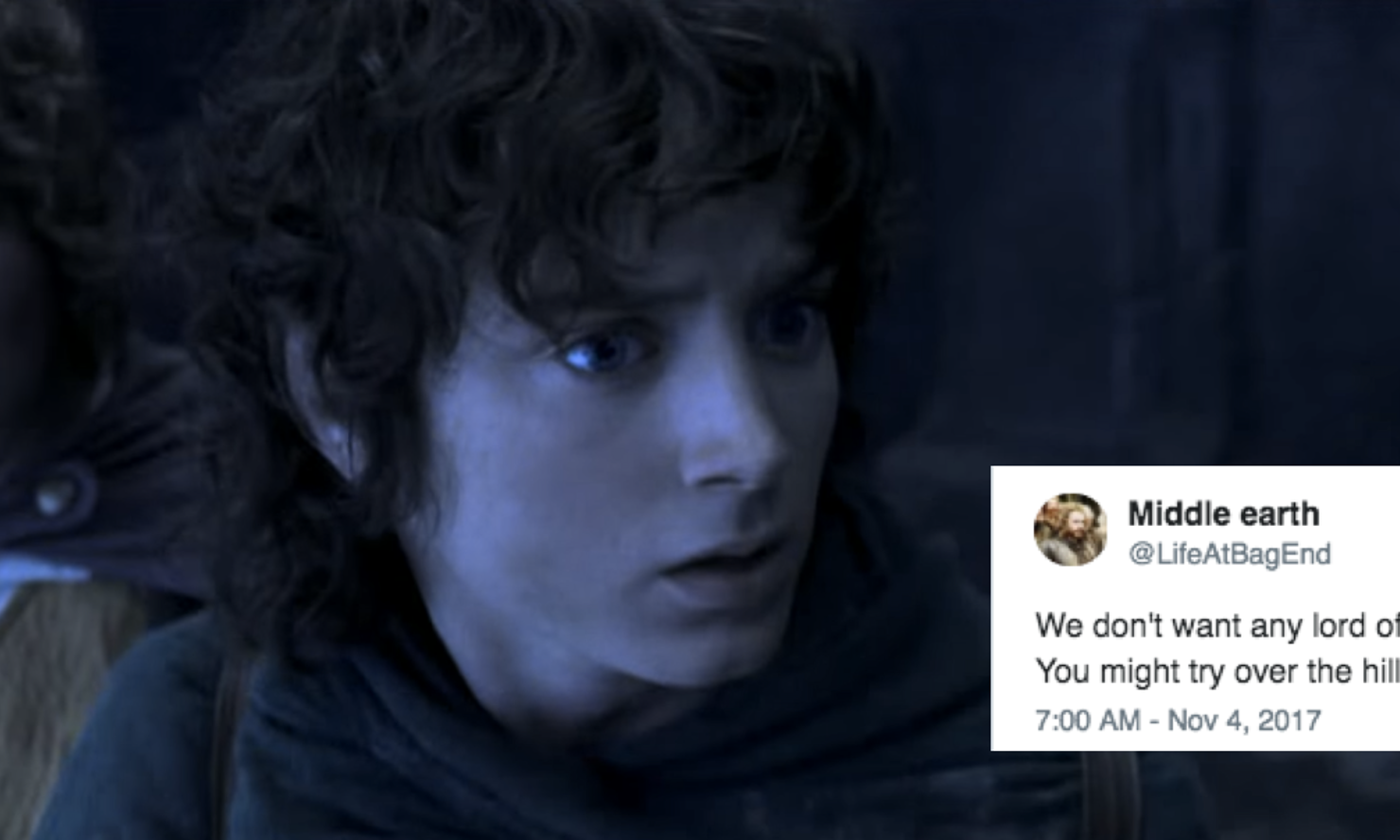 Much to the disappointment of several fans, Warner Bros. and the estate of J.R.R. Tolkien are reportedly in talks with Amazon Studios to create a scripted TV series based on The Lord of the Rings novels, according to Variety. Although some are pleased about the news, the majority of people on Twitter don’t seem terribly excited about these reports. Apparently the deal isn’t finalized, but Warner Bros. and Tolkien’s estate have reportedly recently been shopping the series, and Amazon Studios has emerged as the frontrunner with CEO Jeff Bezos being personally involved in the still-early negotiations. As Variety pointed out, this is not a common thing. (Bustle reached out to Warner Bros. and Amazon Studios for comment, but did not receive an immediate response.)

Bezos — who is a fan of the fantasy and science fiction genres — doesn’t usually participate dealmaking for Amazon Studios, according to Variety. So his involvement could indicate that this new LOTR series is actually going to happen, whether or not fans of the original films support it or not.

Directed by Peter Jackson, the original LOTR trilogy of films were released between 2001 and 2003, and were both critically and commercially successful. The live-action adaptions earned a total of 17 Academy Awards, according to the Deadline, and with a total of 30 nominations the trilogy surpassed the Godfather series to become the most-nominated franchise in the Academy’s history. As Mashable pointed out, Star Wars tied this record in 2016. However, if you include nominations for Jackson’s The Hobbit trilogy, then the LOTRuniverse is still ahead by eight nominations.

The three films in Jackson’s original LOTR trilogy generated just shy of $3 billion worldwide at the box office, according to Box Office Mojo. Oh, and that number isn’t adjusted for inflation. The movies were also a hit with fans, with all three given A ratings by CinemaScore. Technically, The Fellowship of the Ring (2001) received an A-, The Two Towers  (2002) received an A, and The Return of the King  (2003) received an A+.

Suffice it to say, a lot of people really loved Jackson’s live-action adaptations. And reactions to the reports of an Amazon Studios series are somewhat mixed.

Some Fans Are Unsure

A number of fans are simply uncertain about the potential of a LOTR series.

We don’t want any lord of the rings remakes here, thank you. You might try over the hill or across the water. pic.twitter.com/C2QdEpULDl

Bring On The Balrogs!

Unless The Lord of the Rings series includes More Balrogs, not interested. pic.twitter.com/oq0uhgG0TN

The majority of tweets about the LOTR series were definitely expressing disappointment, or a general lack of interest.

I’m not okay with this Lord of the Rings TV show announcement. LEAVE IT ALONE!!

Although I get the argument to leave the original movies alone, technically a new series doesn’t really impact the older films. It’s not like you suddenly won’t be able to watch them. Just saying.

What Would Michael Scott Think?

That’s big no for me on Amazon doing a Lord of the Rings television series.
I think 9 hours of film covered it.

“That’s a big no for me,” this person joked. “I think 9 hours of film covered it.” Valid point.

Amazon wants to do a Lord of the Rings series. pic.twitter.com/hpsqrJj0Mf

Unnecessary? Perhaps, but that doesn’t mean the new show won’t be good.

Breaking With The Dissent

Get me that Lord Of The Rings TV series immediately

But alas, not everyone was disappointed. This Twitter user is a potential fan of the new series.

It seems like no one else is excited about the idea of a Lord of the Rings tv show, but I’m over here like pic.twitter.com/d3gjY0YHSZ

Hey, a new LOTR show could be something to look forward to? Maybe once a teaser or trailer though to really get more people into the series.

A Glimmer Of Excitement

Excited the Tolkien family is shopping a Lord of the Rings TV show because it means they’ll aim for a more book-like version than the films.

Another user took a moment to explain why they were excited about a LOTRshow being shopped by the Toklien family. “It means they’ll aim for a more book-like version than the films,” user @GeekFurious speculated.

However, The Hollywood Reporter claims that a deal for a LOTR series “is far from official.” Their sources insist that the current negotiations are focused on rights issues with the Toklien estate, and that the search for a potential writer has not yet even begun. This means it could be a while before any of us have a chance to watch the series and decide whether or not we like it based on the shows own merits. 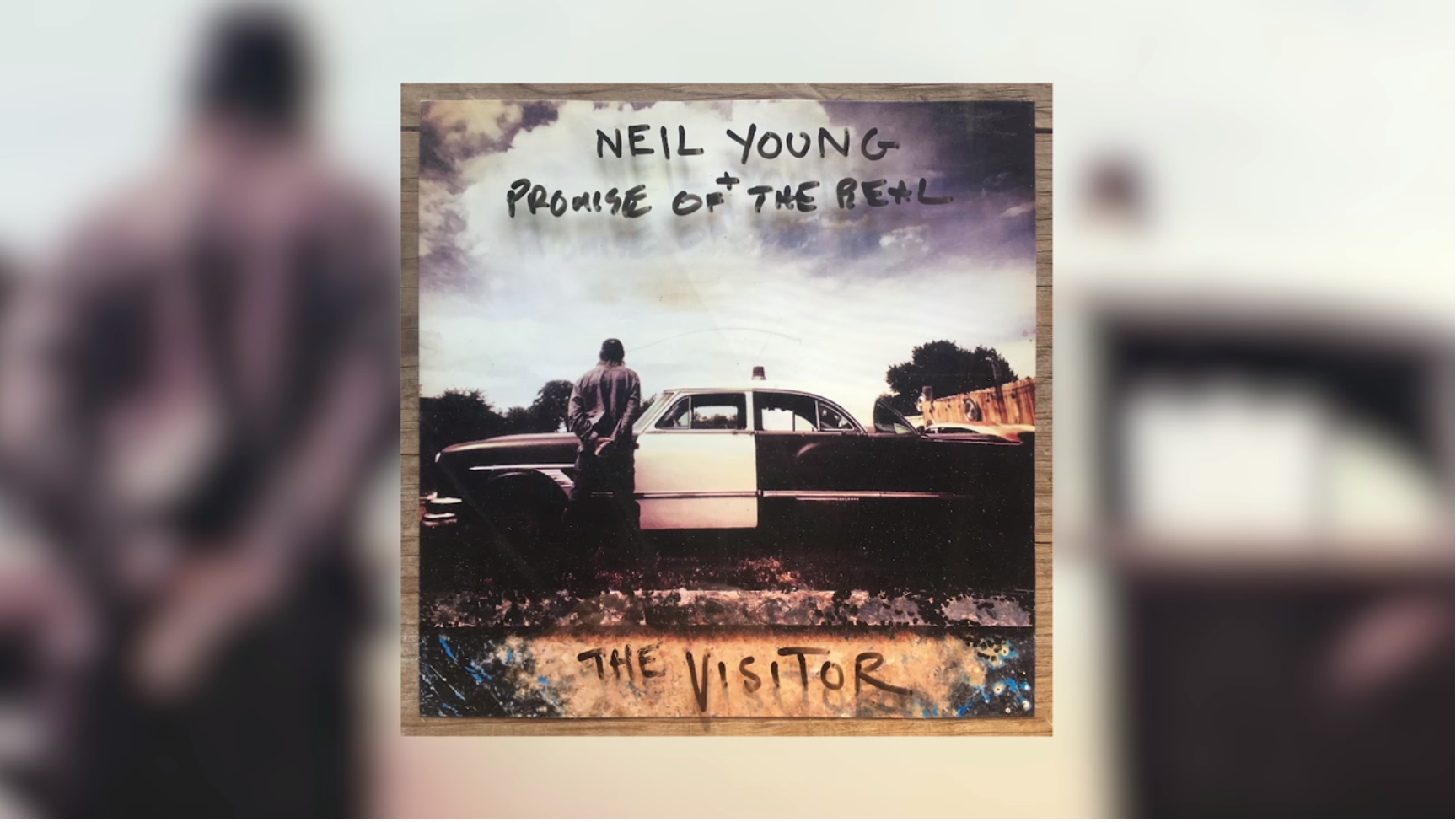 https://www.youtube.com/watch?v=oZHf3dDVcmg Neil Young reteams with Promise of the Real for a new album titled The Visitor, their second studio LP together following 2015's The Monsanto Years. The album, due out December 1st, comes just three months after Young released Hitchhiker, his long-lost LP of acoustic songs recorded over one night in August 1976. Young and Promise of the Real also shared the album's first single "Already Great," a rumbling, tongue-in-cheek response to Donald Trump's […]