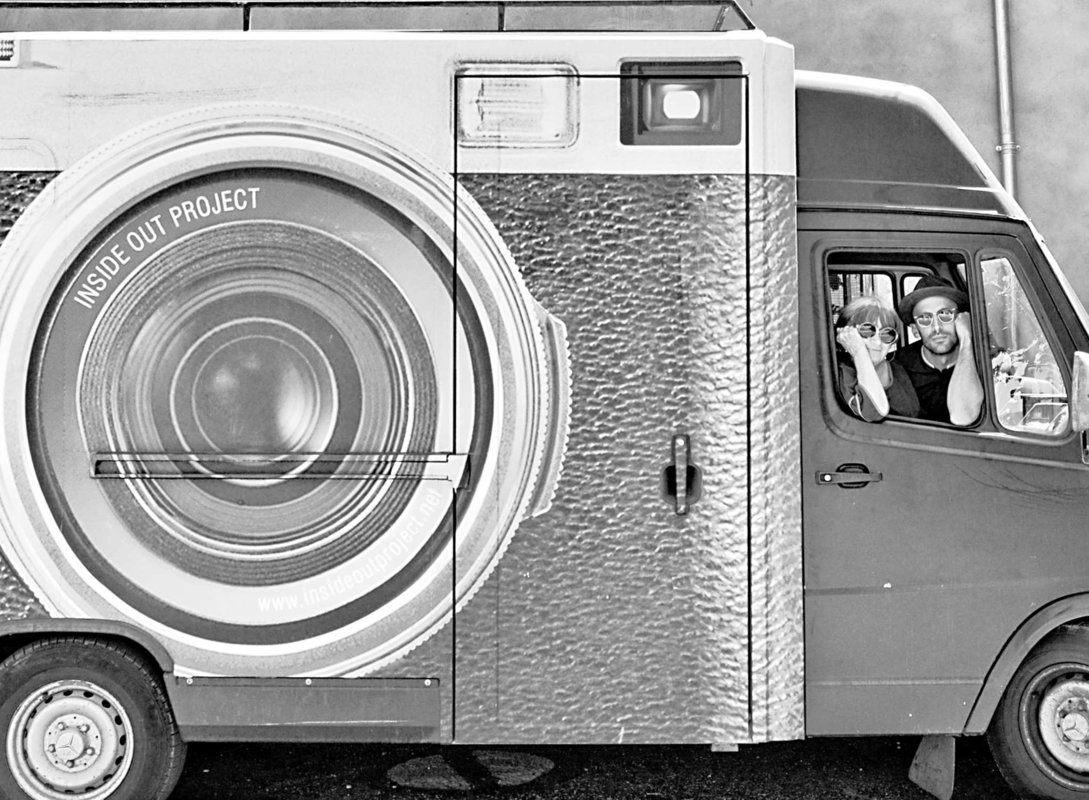 Thor: Ragnarok. Imprisoned Thor (Chris Hemsworth) must escape to protect his home from an evil princess (Cate Blachett) and other bad people (including Jeff Goldblum). PG-13

Jane. Documentary footage from half a century ago captures naturalist Jane Goodall and her groundbreaking work studying chimpanzees. Music by Philip Glass. PG

Blade of the Immortal. Another ultraviolent Takashi Miike film, this one about a samurai who is cursed with immortality until he can kill enough evil men. R

Bending the Arc Documentary about three young people, barely out of their teens – Jim Yong Kim, Paul Farmer, and Ophelia Dahl – who came together 30 years ago in a squatters’ settlement in Haiti, determined to provide a world-class level of medical care.

Blade of the Immortal The 100th film by director Takashi Miike features spectacular fight scenes and a climactic battle involving 300 people that took more than two weeks to film.

BPM (Beats Per Minute) Set in the early 1990s amid the AIDS crisis, the Paris branch of the activist group ACT UP tries to force action to speed up development and distribution of treatments.

The Killing of a Sacred Deer Colin Farrell plays a renowned surgeon forced to make an unthinkable sacrifice after his life starts to fall apart when the behavior of a teenage boy he has taken under his wing turns sinister. With Nicole Kidman.

The Big Sick Based on comedian Kumail Nanjiani’s life, a funny, touching comedy of a Pakistani American caught between his religious family and the American woman (Zoe Kazan) he loves. With Holly Hunter, Ray Romano. 1 hr. 59. R (sexual references) – G.T.

Two Trains Runnin’ Two groups of white blues nerds ventured, unbeknownst to each other, into Mississippi in the summer of 1964 hoping to locate and lure back into performing country blues legends Son House and Skip James. Interviews and music fill the film – including appearances by Gary Clark Jr., Buddy Guy, and Lucinda Williams – along with mesmerizing archival footage of House and James in their late phase of revitalized stardom. 1 hr. 22 No MPAA rating – W.S.

All I See is You *1/2 Botched thriller about a blind woman (Blake Lively) who has her sight restored, leading to problem in her marriage (to Jason Clarke). Interesting visual presentation gives way to ham-fisted thriller about marital discord and eyedrops. 1 hr. 50 R (nudity) – G.T.

American Made *** Tom Cruise stars in this fun but heavily fictionalized portrait of Barry Seal, a drug smuggler who found himself at the intersection of drug cartels and CIA adventurism in Central and South America in the 1970s and 1980s. With Sarah Wright and Caleb Landry Jones. Directed by Doug Liman. 1 hr. 55 R (violence) – G.T.

Battle of the Sexes **1/2 Women’s tennis champ Billie Jean King (Emma Stone) and aging male star Bobby Riggs (Steve Carell) square off in a publicity-stunt tennis match that ends up proving King’s point about the value of female athletes. Some fun moments, but aside from the two leads, the movie given to caricature and some on-the-nose dialogue. With Andrea Riseborough, Sarah Silverman, and Bill Pullman. 2 hrs. 1 PG-13 (nudity) – G.T.

Brad’s Status ** A man (Ben Stiller) takes his teen son (Austin Abrams) on a tour of a prestigious university, prompting comic introspection. A few laughs and some insights, but in the end it’s a movie examining the problems of a man who really doesn’t have any. With Jenna Fischer, Michael Sheen, Luke Wilson. Written and directed by Mike White. 1 hr. 40 R (language) – G.T.

Dina *** A locally filmed documentary that provides an affectionate and intimate look at the lives of an autistic couple, Dina Buno and Scott Levin, as they move in together in Glenside and prepare for their wedding. Co-directed by Dan Sickles. 1 hr. 41 No MPAA rating – G.T.

The Florida Project *** Engaging slice-of-life look at residents of an Orlando motel, the adults living paycheck-to-paycheck, their free-range kids having an improbably wonderful time on the ragged fringe of the Magic Kingdom. Written and directed by Sean Baker. With Willem Dafoe, Brooklyn Prince. 1 hr. 45. R (language) – G.T.

Geostorm **1/2 This passable action film is buried it under a tsunami of political muck. After interconnected satellites positioned around the planet to stop severe weather malfunction, the creative mastermind (Gerard Butler) who was fired for his snippy attitude is brought back to solve the issues. 1 hr. 49 PG-13 (action scenes, violence) – W.S.

Goodbye Christopher Robin ** Hello, nap. Stultifying story of A.A. Milne (Domhnall Gleeson) and his creation of Winnie the Pooh, which broadens into a story of the way the Milne’s exploited their own son to cash on the Pooh phenomenon. With Margot Robbie. 1 hr. 47 PG-13 (language) – G.T.

Kingsman: Golden Circle **1/2 A blue-collar British lad (Taron Egerton) recruited to a posh spy service journeys to the U.S., where he links up with his American counterparts (Channing Tatum, Jeff Bridges, Halle Berry) to pursue a cheerfully demented drug dealer (Julianne Moore). Has some of the wit and energy of the original, but has come down with a case of sequel-itis – it’s too long and overstuffed with CGI and cameos. 2 hr. 20 R (language, sexuality) – G.T.

Loving Vincent *** Each of the movie’s 65,000 shimmering frames is a high-resolution photograph of an oil painting based on Vincent van Gogh’s work in this speculative narrative attempting to penetrate the myth of the artist. 1 hr. 35 PG-13(thematic elements, some violence, sexual material, smoking) – W.S.

Lucky *** Written as a starring role for the late character actor Harry Dean Stanton, who stars as a version of himself in this meandering, sometimes moving story of an elderly man contemplating the end of his life in a small desert town. With David Lynch, Tom Skerritt, and Ed Begley Jr. 1 hr. 29 No MPAA rating – G.T.

Mark Felt: The Man Who Brought Down the White House ** Liam Neeson stars in this timely but tepid drama about the man better known as deep throat, an high-ranking FBI man who leaks information on the Watergate investigation to the press in order to combat the dangerous overreach of the Nixon administration. 1 hr. 43 PG-13 (language) – G.T.

The Mountain Between Us *1/2 A strange lack of chemistry between leads Kate Winslet and Idris Elba in this story of two people stranded by a plane crash on a snowy mountain peak, hiking to safety. With Beau Bridges. 1 hr. 40 PG-13 (sexuality) – G.T.

My Little Pony: The Movie **1/2 Buttressed by strong voice talent and amusing bits of business amid the nonstop action and pony personality quirks, the movie lays on the sweet without too much of the sticky. Included are 13 songs, including “Rainbow” performed by Sia as a pony whose mane covers half her face, in a nod to the pop star’s onstage persona. 1 hr. 39 PG (mild action) – W.S.

Take Every Wave: The Life of Laird Hamilton ** Documentary that’s a focus on the world’s best big-wave surfer and a study in obsession – and also a look into Hamilton’s startlingly ordinary (and very wealthy) family life with volleyball player Gabrielle Reece and their daughters. Hamilton is not widely known beyond his sport, and the movie doesn’t give us a reason to invest deeply in his story. 1 hr. 58 No MPAA rating (strong language) – W.S.

Viceroy’s House **1/2 Hugh Bonneville is Lord Louis Mountbatten, who as the last viceroy of India is entrusted to end British control in 1947 and partition the nation to create Pakistan, at the same time that violence between Muslims and Hindus escalated. The true story is more affecting than the fiction of this drama. 1 hr. 46 No MPAA rating (limited language, riots) – W.S

Victoria & Abdul *** Judi Dench stars as Queen Victoria, who late in life develops a rejuvenating friendship with an Indian servant (Ali Fazal) who teaches her about the customs of his native land, to her delight and to the consternation of her scandalized staff. With Eddie Izzard, Olivia Williams. Directed by Stephen Frears. 1 hr. 52 PG-13(language) – G.T. 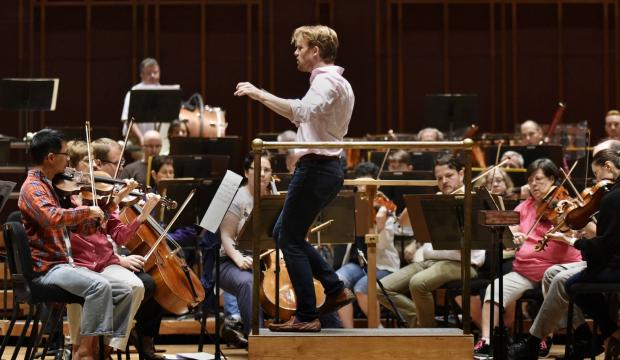 Conducting Electricity: Classical music doesn’t have to be old to be great

The first few weeks of the new season at the Jacksonville Symphony have been very exciting. We welcomed a group of nine new musicians – an unusually large number all at once. Including exactly half the wind section, it’s been fascinating to hear the sound of the orchestra change with the addition of new voices. My job is to work with the musicians by describing what I hear in rehearsals […]