Venice and Toronto have wrapped their annual film festivals, and now it’s New York’s turn to premiere some of the fall’s biggest and best new movies. The 54th New York Film Festival runs from Sept. 30 through Oct. 16 and will offer an array of eagerly anticipated domestic and international releases, including films that have won acclaim at other festivals this year, including Manchester By the Sea, Elle, Personal Shopper, Paterson, and Pablo Larrain’s buzzed-about Kennedy assassination drama Jackie. With opening night approaching, here are the six selections we’re most excited to see.

13th (World Premiere)
Ava DuVernay’s documentary — the first nonfiction film ever to open the NYFF — draws its title from the 13th amendment to the U.S. Constitution, which abolished slavery. But DuVernay’s film (her follow-up to 2014’s Selma) argues that slavery actually has not gone away, but has just taken a new form, via mass incarceration and the American criminal justice system. In a year of ongoing racial dialogue and anxiety, it’s a contention that’s bound to inspire heated debate when the film kicks off the fest on Sept. 30. (It will premiere on Netflix on Oct. 7.)

Billy Lynn’s Long Halftime Walk (World Premiere)
Ang Lee pushed the boundaries of 3D filmmaking with 2012’s Life of Pi, and he’ll again try to expand cinema’s techno-creative possibilities with his adaptation of Ben Fountain’s 2012 novel. The first film ever to be shot at 4K resolution in 3D at 120-frames-per-second, the drama centers on a young Iraq War vet remembering his traumatic battlefield experiences while being celebrated at a Thanksgiving Day football halftime show. It stars Joe Alwyn in the title role, with a supporting cast including Kristen Stewart, Vin Diesel, Chris Tucker, Steve Martin, and Garrett Hedlund.

20th Century Women (World Premiere)
Annette Bening earned an Academy Award nomination for her role as an unhappy suburban wife in 1999’s American Beauty, and judging by 20th Century Women‘s first trailer, it looks like she’ll be returning to similar ground in the latest from director Mike Mills (Thumbsucker, Beginners). Bening plays a single mother trying to raise her teenage son in 1979 Santa Barbara in this darkly funny drama, which seems like a sad-but-inspiring awards-season contender. It co-stars Greta Gerwig, Elle Fanning, and Billy Crudup.

The Lost City of Z (World Premiere)
James Gray is one of American cinema’s most critically beloved directors, thanks to films such as The Yards, We Own the Night, Two Lovers, and The Immigrant. His adaptation of David Grann’s 2009 book of the same name is one of the NYFF’s most eagerly anticipated premieres. Recounting the real-life story of Percy Fawcett, a British explorer who went missing in 1935 while trying to find a lost city hidden deep in the Amazon, the spring 2017 film boasts an impressive cast headlined by Charlie Hunnam, Robert Pattinson, Tom Holland, and Sienna Miller.

Neruda / Jackie
Having already debuted one drama in American theaters earlier this year (The Club), Chilean auteur Pablo Larraín will premiere two movies about larger-than-life historical figures at the NYFF: Neruda (scheduled for a Dec. 16 U.S. release),about the revered Communist poet and politician, and the just-announced Jackie (Dec. 2), which is making its domestic premiere and stars Natalie Portman as the widow of President John F. Kennedy. Both are unconventional biopics that take unique, formally daring views of their subjects at key moments in their lives. 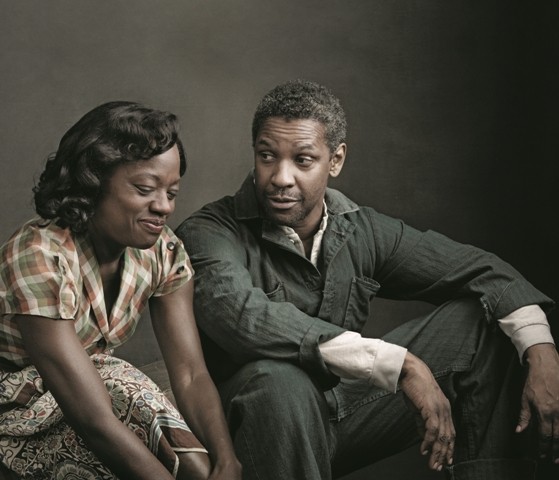 They are ruthlessly acting their way toward the Oscars. A new trailer for Fences, or Please Hurry Up and Give Viola Davis an Oscar, has arrived—and its quick, dramatic pace lives up to the hype that has built around the Denzel Washington–directed adaptation of the famed August Wilson play. Put away your lists and theories—this is one of the most anticipated films of the upcoming awards season. Starring Washington and […]