Oscar Beat: Which Films from 2018 So Far Could Be in the Awards Race?

We’ve reached the halfway point of 2018, believe it or not, which can only mean one thing: It’s time to check in on the Oscar race! I know, I know—it’s super early. But given how significantly the Academy has changed over the last few years, and the kinds of contenders we’ve seen arise in the major categories, a film doesn’t necessarily have to be released between September and December to be considered a major Oscar contender. It certainly helps, and it’s true that the large majority of the big awards contenders won’t be released until the fall, but films like Get Out, Dunkirk, Mad Max: Fury Road, Hell or High Water, and The Grand Budapest Hotel are proof positive that it’s foolish to discount the first eight months of the year.

So as we enter July, have we seen any major Oscar contenders yet? Well, one of the biggest question marks at this point continues to be Black Panther. With Logan’s screenplay nomination last year, the superhero genre appears to be inching closer to finally scoring a Best Picture nod, and Marvel Studios’ critically acclaimed February release could be the film that breaks that invisible barrier that The Dark Knight came so close to cracking a decade ago. Indeed, after the massive success of Black Panther’s release, Disney quietly started putting the pieces in place for a longterm Oscar campaign, and we’ll see just how seriously they are as we get closer to the end of the year. The film is likely a shoo-in for a nomination (at least) for Best Costume Design, but I genuinely think a Best Picture nomination is quite possible, along with the requisite technical categories (Sound, VFX, Makeup & Hairstyling) and maybe even a Best Supporting Actor nomination for Michael B. Jordan or a Best Director nod for Ryan Coogler. Again, it depends on how successful (and aggressive) Disney’s Oscar campaign is, and how crowded the field will be this year, but at least one “action” movie has made it into the Best Picture field every year for the last three years in a row.

I don’t necessarily foresee Deadpool 2 having the same success on the awards circuit that Deadpool did—critical reaction was a bit more muted in its praise this time around—but in terms of blockbusters, Ready Player One and Avengers: Infinity War could be below-the-line players in the Visual Effects and Sound categories. Aside from blockbusters, there are two other genre films that could make a splash later this year: the horror hits A Quiet Placeand Hereditary. A Quiet Place was a critical and commercial smash when it was released in April, with many praising director/co-writer/star John Krasinski’s emotionally grounded take on the material. I wrote about how the film should be considered Best Picture material, but its chances in the top category will no doubt depend on how crowded the field is later this year. A near-certainty, however, are nominations for Best Sound Editing and Best Sound Mixing, as sound is vital to the overall effect of the horror drama.

And then there’s A24’s Hereditary, which has proved somewhat divisive for audiences, but which garnered Oscar buzz as far back as Sundance in January for Toni Collette’s tour de force performance. Indeed, A24 should put some major backing behind getting Collette a Best Actress nomination here, because the performance has the goods and I could absolutely see her cracking the field. She was nominated for Best Supporting Actress for another horror film, The Sixth Sense, so it’s not exactly unprecedented, and Daniel Kaluuya scored a Best Actor nod last year for Get Out. As for the film itself, it may be a bit too “feel-bad” to crack the Best Picture field, but I would certainly not be angry at a nomination for Ari Aster’s meticulous screenplay or Grace Yun’s gorgeous production design. There are also a number of indies and dramas that could crack the awards race if their studios play their cards right. Lynne Ramsey’s You Were Never Really Here is one of the best-reviewed films of the year, with plenty heaping praise on Joaquin Phoenix’s performance. There’s also Ethan Hawke’s terrific turn in Paul Schrader’s critically acclaimed First Reformed, and recent Academy invitee Chloé Zhao’s The Rider, which has garnered immense acclaim on the arthouse circuit.

And of course in the Best Animated Feature category, Wes Anderson’s Isle of Dogs is probably a shoo-in for a nomination after his 2009 animated effort Fantastic Mr. Fox also earned a Best Animated Feature nod, and Pixar’s box office juggernaut Incredibles 2 will almost certainly earn a nomination as well. The Best Documentary Feature race is also off and running with the critically acclaimed RBG and Won’t You Be My Neighbor?, both of which have been massive box office hits. Although the Documentary arm of the Academy is notoriously fickle when it comes to actually nominating the films that dominate the circuit leading up to the ceremony.

Obviously it’s still early, and there are plenty of potentially hefty contenders on the horizon for the fall like First Man, A Star Is Born, and Widows, but as we saw with this year’s new invitees, the Academy is getting younger and more diverse, which could absolutely result in a more varied lineup of films that get nominated. We’ll have a better idea of the chances of films like Black Panther and Hereditary in a few months, but for now, it’s wise to keep an eye on them as potential contenders.

Oscar season will be upon us before you know it, folks. Stay tuned… 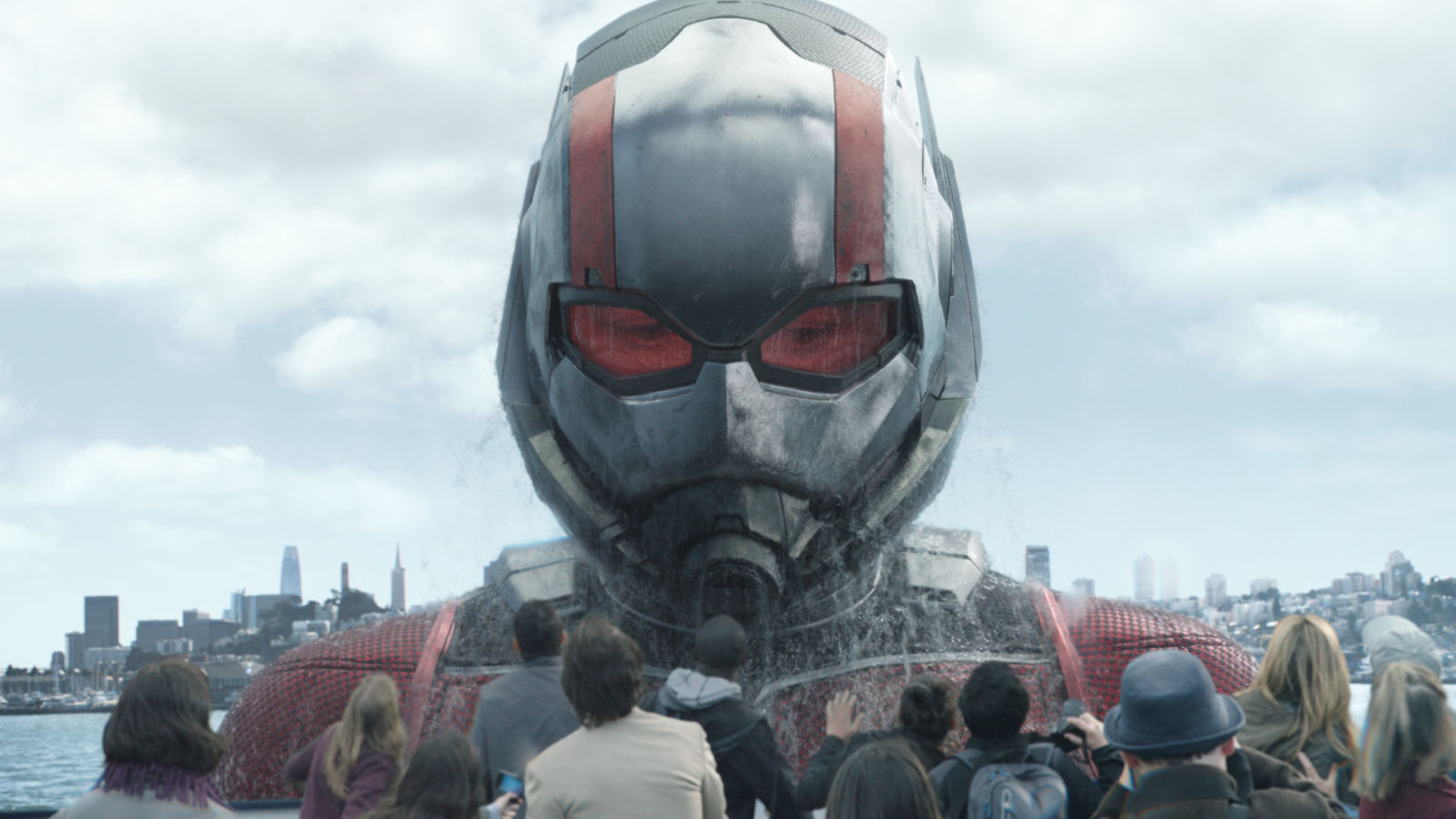 lessed with the wackiest superpowers and least essential backstory in the Marvel Cinematic Universe, Scott Lang (Paul Rudd), a.k.a. Ant-Man, has become the little guy of the blockbuster franchise, the closest equivalent to an everydude in this world of supersoldiers, geniuses, aliens, and kings. While other headlining heroes wrestle with the sins of the fathers (literally in the recent Guardians Of The Galaxy Vol. 2, Thor: Ragnarok, and Black Panther), the reformed small-time […]