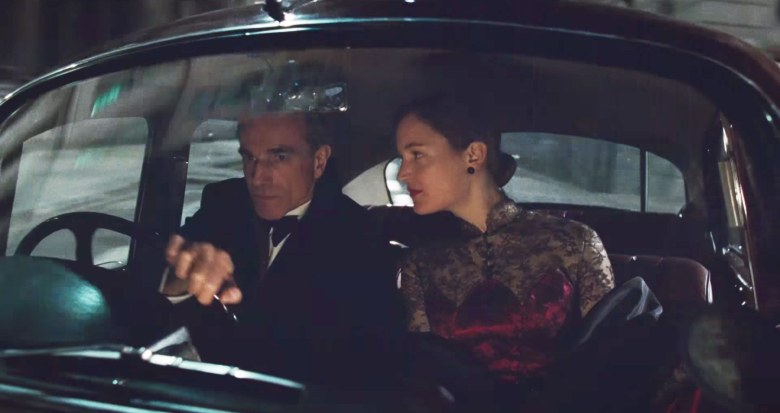 Paul Thomas Anderson’s filmmaking swings between ambitions — sweeping riffs on history (“Boogie Nights,” “There Will Be Blood,” “The Master”) and peculiar, enlightening character studies (“Hard Eight,” “Punch Drunk Love”). His ambling Thomas Pynchon adaptation “Inherent Vice” tried to merge those modalities, but “Phantom Thread” really pulls it off, with his most concise, endearing works in years, one that plumbs dark and mysterious Andersonian depths to unearth a surprising degree of warmth lurking within.

It also surprises with his strongest female lead in two decades of movies. Though some of the hype around “Phantom Thread” stems from Daniel Day-Lewis’ announcement of his retirement after this role, the world’s most revered Method Actor meets his match alongside stunning discovery Vicky Krieps. There’s no doubt that Anderson has crafted a memorable finale for his “There Will Be Blood” collaborator in British dressmaker Reynolds Woodcock, a stern perfectionist in his mid-50s who plucks immigrant Alma (Krieps) from obscurity to be his model and muse. But Krieps, whose wondrous face bookends the movie, takes charge of this seemingly male-dominated narrative and makes it her own.

Few American directors create such absorbing worlds with Anderson’s efficiency, and it doesn’t take long for “Phantom Thread” to follow suit: The movie charges into an operatic start, laying out the revered Woodcock House where Reynolds and his icy sister (Lesley Manville, a study in dismissive scowls) run a slick operation. Taking on cinematography duties himself, Anderson’s camera captures the angular staircases and immaculate interiors as if establishing the gates of heaven itself, while Jonny Greenwood’s wondrous orchestral score swoons. It’s Anderson’s most astonishing opening sequence since “There Will Be Blood,” an elegant assemblage of imagery on par with the dressmaker’s pristine technique.

A world apart from the scheming oil baron of “There Will Be Blood,” Day-Lewis’ Reynolds is a humorless engine of passive-aggressive tics, muttering orders to the models at his disposal while his sister keeps watch. Despite his evident successes, and the refined nuances of his patchwork, he’s a solitary figure lost in his process.

However, his passion takes subtler forms outside of the workshop, which explains his ability to turn on the charm when he spots young immigrant Alma waitressing while dining alone one afternoon. It doesn’t take advanced psychoanalysis to recognize Reynolds’ biggest hangup: He can’t separate his life and work, so an awkward dinner date with Alma quickly leads to a fitting in his studio. Rather than flee the premises, Alma’s entranced by Reynolds’ strange, insular world, and even rises to the challenge of his sister’s watchful gaze.

On the other hand, what choice does Alma have? Reynolds is on autopilot as he makes her his muse, bringing her further into his world without opening up, placing her at the the center of a system that homogenizes her role. She’s another body to wear his clothes, even if she just so happens to sit next to him at dinner and presumably shares a bed. (Anderson’s camera never follows the couple into their bedroom, leaving the specifics of their sexual chemistry hovering in a fascinating ambiguous state.) Krieps says little, but she looks — at Reynolds and the precision of his world, as well as the disconnect between the man who attracts her and the manic-depressive tendency that so often renders him emotionally unavailable. Anderson’s script burrows inside this unlikely pair with a startling calibration of moods, from the sweet dynamic of their initial courtship to the mounting discomfort as Reynolds pushes back on her attempts to take control of his life. “I don’t know what I’m doing here,” she says, after one heartbreaking attempt to give him a birthday gift gets a sour reception.

As she figures it out, the singular vision of “Phantom Thread” takes shape. Alma’s a weapon against the very idea of the artistic muse, a rejoinder to a masculine conceit that she cannily transforms into her own tool. Whenever Reynolds attempts to dismiss Alma’s intelligence, she’s quick to fire back. As they lob one-liners in frantic attempts to get the last word, Anderson dares to transform their dynamic into a dark twist on the classic screwball comedy. When Reynolds tells Alma she has no taste, she spits back, “I like my owntaste.”

Their prickly back-and-forth showdowns turn funny or shocking with ease, the brooding discomfort veering to highbrow bitchiness with astonishing fluidity. Reynolds is ostensibly an older, more successful iteration of the dyspeptic head case Adam Sandler played in “Punch Drunk Love,” and Day-Lewis rises to the challenge of embodying such emotional immaturity after so many characters at the other end of the spectrum. Marriage counselors will study the combustible ballad of Reynolds and Alma for years to come.

Anderson’s just as adroit at digging into Reynold’s fantastical relationship to his craft. “You can sew almost anything into a coat,” he asserts to Alma, and in his case, it’s a succinct manifesto: “Not cursed.” It’s a sly hint at the spiritual underpinnings of Anderson’s work. Notwithstanding the enigmatic finale of “Magnolia,” the filmmaker has never made an outwardly supernatural movie, but there’s an ethereal quality to his storytelling that always seems to hover just a few steps above reality. “Phantom Thread” positions Reynolds’ commitment to his work in near-religious terms as haunting and strange as Philip Seymour Hoffman’s L. Ron Hubbard in “The Master,” and Reynolds’ crisis of faith emerges from Alma herself. If this truly is Day-Lewis’ last role, he has chosen an appropriate window into the frustrations of throwing yourself into the work, only to realize that a greater world exists outside of it.

As Alma’s attempts to pierce Reynolds’ armor reach alarming extremes, Anderson warms up the frame. The movie is at once a Hitchcockian thriller and a touching portrait of what it means to live alongside artistic passion, and commune with it, rather than being repulsed by its extremes. Anderson, a finicky director who controls every frame of his oeuvre, can surely relate. The director’s most outwardly accessible movie in ages, “Phantom Thread” is at once an evocative period drama and a magical fable about lonely, solipsistic people finding solace in their mutual sense of alienation. Reynolds refuses to see his artistry reduced to pure commercial terms (one comic highlight finds him flipping out over the use of the word “chic”), but he’s more poetically inclined than he’s willing to let on, and catches himself at times when he reveals his true feelings.

The movie occasionally stumbles on prolonged exchanges, almost too enamored of its focused premise to care too much about plot, but it’s never far from an enlightening encounter. One aside in which Reynolds expresses a desire “to keep my sour heart from chafing” illustrates just how well Anderson has gotten inside his protagonist’s paradoxical headspace: He’s all about self-expression through art, but never feels totally comfortable expressing himself. The astounding historical backdrop, a wonderland of hand-stitched creations courtesy of costume designer Mark Bridges, exists only as an expressionistic playground for the two-hander at the movie’s core.

No matter where it falls on the spectrum of Anderson’s precision filmography, “Phantom Thread” is certainly in tune with everything preceding it. Anderson’s direction excels at pitting tenderness against the harsh realities of self-absorbed pariahs. Reynolds and Alma are anything but a perfect match, but as Anderson’s last few movies attest, dissonance can be a beautiful thing. 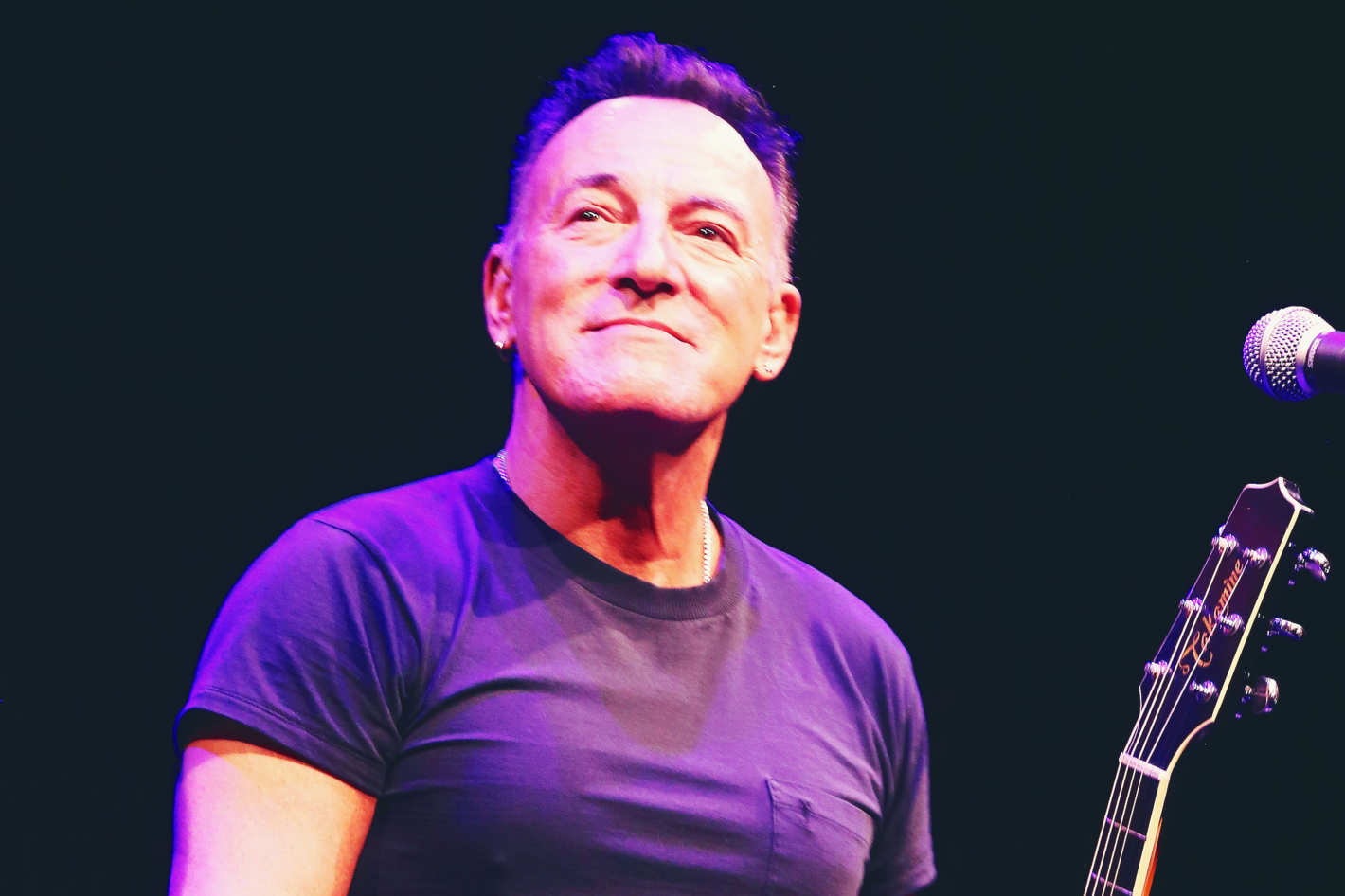 Just like every Nancy Meyers character facing a moment of emotional crisis, New Jersey son Bruce Springsteen is no stranger to drinking wine alone. “Page Six” reports that, during his Broadway run, the musical boss has been spotted enjoying solo wine lunches at Barneys New York’s Freds Madison Avenue restaurant. Apparently these lunches don’t happen every day, but Springsteen is “often” seen sitting alone at the bar with a fine vintage during his 3 p.m. […]