‘The Post’ Review: Steven Spielberg’s Journalistic Thriller Could Not Be More Timely The first thing to know about The Post, aside from the fact that it’s one of best and tick-tock timeliest movies of the year, is that it’s a love story. That’s right. Steven Spielberg’s tense, terrific new drama celebrates the passionate bond between a free press and every thinking human being, however diminished the species in Trump’s America.

The film is set in 1971, when Washington Postpublisher Katharine Graham (Meryl Streep) and editor Ben Bradlee (Tom Hanks) decided to defy threats from the Nixon White House and publish the Pentagon Papers, which exposed a massive cover-up involving the government and Vietnam. The powers that be continued to send young men overseas to die, even with full knowledge that the war was, in fact, unwinnable. It was military analyst Daniel Ellsberg (a very fine Matthew Rhys) who pilfered the papers, hoping to halt the carnage in Southeast Asia. And it was the New York Times who first published sections of the classified study until the President issued a stop order in the name of national security. It was up to the the Beltway daily to pick up the baton. If they flouted Nixon’s orders and published, however, the WaPo leadership would faced charges of conspiracy and jail time. Such a decision would also likely bring financial ruin to the newspaper that had been in Mrs. Graham’s family for decades.

That’s the story. And that’s the movie, a rabble-rousing journalistic thriller filled with fierce commitment and fervent heart. Working from a dynamite script by newcomer Liz Hannah and a polish by Josh Singer (the screenwriter of Spotlight, the 2015 Oscar winner about the Boston Globe’s expose of sexual coverups in the Catholic Church), Spielberg never lets exposition slow down the First Amendment imperative at the core of his film. The veteran director, 70, practically made the movie on the run, hurrying the film through production while finishing up his videogame epic Ready Player One; he’s called The Post “a chase film about journalists.” Whatever fine-tuning might be lost in that push is more than compensated for by the film’s this-just-in urgency. Though the events of the film took place 46 years ago, you watch every minute of it in a hyper state of expectation. In an inspired touch, Spielberg uses tapes of Nixon’s real voice as he divulges his crimes and rails against the press for revealing them. Sound familiar?

The Post works as an explosively exciting journalistic procedural and as a vigorous investigation into how action defines character. Shot by the gifted Janusz Kaminski with a propulsive score by John Williams, this unapologetically old-school film gets the details right – including the hot type, the printing presses, the bundling of newspapers that get thrown from trucks and into the hands of an eager, pre-digital public. And then there’s the shoe-leather reporting, embodied by star journalist Ben Bagdikian (a terrific Bob Odenkirk) pounding the pavement, dropping dimes into phones booths for secret calls and tracking Ellsberg to a motel room where the Pentagon Papers are scattered everywhere.

Still, it’s the two characters at the core of the film that raise the movie to must-see status. Hanks is fiercely alive as Bradlee, bringing out the editor’s ambition to publish the Papers and put the Post in the big leagues without softening the famed editor’s vanity and prickliness. It’s Bradlee’s wife, played by Sarah Paulson, who tells him off, stating that he’s not the one taking the risk. The man can always get another job if the paper folds – it’s Graham who stands to lose everything.

Truer words. Which leaves Streep to carry the film to the finish line with a portrait of a woman in full. For most of her life, Graham had deferred to men, starting with her father, Eugene Meyer, who handed control of the Washington Post to her husband Philip Graham. It was only after her spouse’s suicide that Katharine took on the role of publisher. And still, the men dominated. We watch her advisors, Fritz Beebe (Tracy Letts) and Arthur Parsons (Bradley Whitford), do all the talking, flashing tight smiles as they manipulate and patronize their boss. A socialite and mother of four, the female heir apparent has little faith in herself, keeping busy with parties and friendships with politicians, such as Attorney General Robert McNamara (Bruce Greenwood) – whom she’d have to destroy if the Post published its expose of politicians who lie to our faces.

Streep lets us see this journalistic legend’s resolve as she grows in confidence and social conscience. There’s a masterful scene of Bradlee and Graham at lunch, where she subtly moves him into her corner while stroking his ego; it’s as if she’s working for him instead of the reverse. And when Graham finally risks everything to say, “Let’s go. Let’s go. Let’s publish,” you may want to stand up and cheer. This is Streep at her finest, building her astounding performance layer by layer, like a gathering storm. Given today’s headlines, there’s an exhilarating kick in watching a woman emerge from the shadows to have her say at last.

The Post misses the classic-level of 1976’s All the President’s Men, which tackled Watergate practically as it was happening. But Spielberg’s film – which alludes to the coming of Nixon’s presidency-ending scandal in a coda – triumphs as an energizing call to arms against any political tyrant who’d deny journalists the right to speak truth to power. The Supreme Court ruled in favor of a free press in 1971. Would it do the same today? It’s a scary thought – and a major reason why this extraordinary movie is exactly the game-changer we need right this fucking minute. 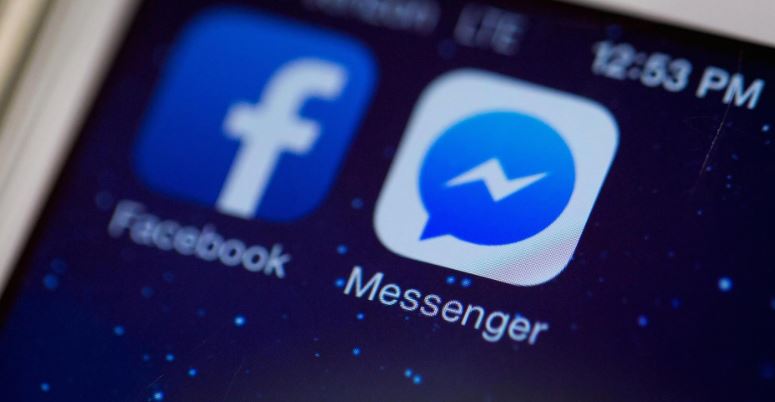 How to Use Facebook’s Messenger Ads to Grow Your Business

There's no doubting the power social media has to help businesses expand their reach, and so far, no social media platform can compete with Facebook. One survey revealed that as of June 2017, Mark Zuckerberg's creation has more than two billion monthly users. Facebook's closest competitor is YouTube at 1.5 billion. Meanwhile, WhatsApp and Facebook Messenger each boast 1.2 billion users. While Facebook is a virtual goldmine of prospects, using […]