Thousands gathered from Thursday to Sunday at the Javitz Center in New York City to check out panels and events around hit shows, including “The Walking Dead” and “Stranger Things,” and upcoming movies like “Power Rangers.”

Netflix also had a strong showing with its Marvel shows, including a surprise appearance from a possible new villain, played by an iconic actress.

Here’s a breakdown of all the big moments:

At the packed main stage Saturday evening, Marvel not only unveiled the new trailer for its upcoming Netflix series “Iron Fist,” but also assembled, for the first time, all of “The Defenders.” There were more surprises: notably, Sigourney Weaver has joined the Marvel family.

As part of a panel with “Iron Fist” star Finn Jones, the head of Marvel Television Jeph Loeb brought the house down by calling to the stage Mike Colter, who plays “Luke Cage,” Kristen Ritter, who plays “Jessica Jones,” and Charlie Cox, best known for playing “Daredevil.” Together, the quartet of Marvel’s “street-level” heroes make up the superhero supergroup that will have their own 2017 show on Netflix. “Iron Fist” will be ready to stream in March.

The cast also introduced Weaver — to thunderous applause — as “The Defenders” antagonist, thought the role is still a secret.

The movie reboot of the hit 1990’s TV show launched a trailer of its own Saturday at Madison Square Garden, an off-site for this year’s Comic Con.

The movie, out on March 24, stars the likes of Bryan Cranston and Elizabeth Banks. The trailer immediately went viral, earning more than 12 million hits on YouTube alone.

Last season, we met new villain Negan, and the finale teased him taking out one of Rick Grimes’ faithful followers.

“The Walking Dead” panel delved deeper into the new bad guy and showed fans a special bloody preview of season 7.

The preview clip was also tweeted out by the show after Saturday’s panel and it’s chilling. It’s 3 minutes, 30 seconds long, giving fans a look into Grimes and how he’s holding up after losing a dear friend. We still don’t know who.

“Not today. Not tomorrow. But I’m going to kill you,” Grimes tells Negan in the clip. He sits there shocked, blood on his face.

Fans weren’t happy to hear from Harbour that “I can assure you that Barb is very much dead,” according to Vanity Fair.

You can’t talk about New York Comic Con without mentioning the fans who spent hours, days, and even months creating costumes.

But the fun didn’t stop there. Here are some more looks from the weekend.

T-Rex v. T-Rex. Thanks for all the great #NYCC memories New York! #SuperMansionpic.twitter.com/FeElzpi8Kq

The #cosplay at New York Comic Con was no joke! Share your faves with #NYCC. #Joker #HarleyQuinn pic.twitter.com/oHU6VvmTGE

Got to hang with the “Guardians Of The Galaxy” at #NYCC little Groot, Gamora, and Star-Lord came an got #Voltron #AdventureTime autographs!😊 pic.twitter.com/cPKPOwx7lH

We’re excited to see all the families today for Kids Day! #StarWars#NYCCpic.twitter.com/Sfzetz4yIm 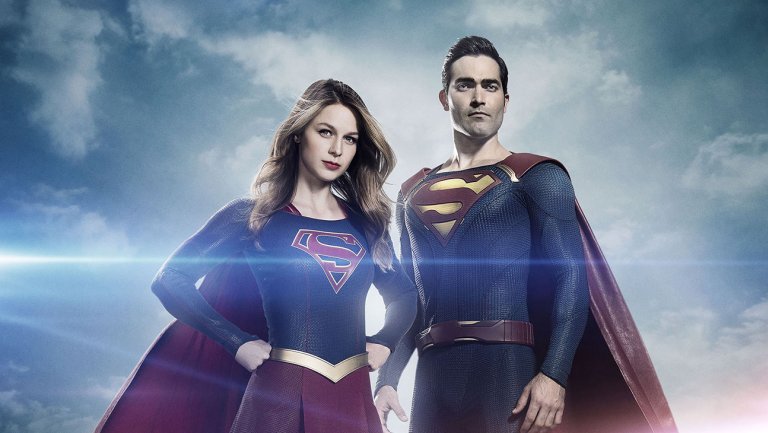 Critic’s Notebook: ‘Supergirl’ Makes a Smooth Landing at The CW (and Introduces Superman)

Tyler Hoechlin's Man of Steel doesn't detract from Melissa Benoist's centrality, and other observations about the season two premiere of 'Supergirl' (now on The CW). [This article contains some spoilers for the second season premiere of The CW'sSupergirl, but nothing you wouldn't find in a basic pre-airing review.] Supergirl premiered last fall as CBS' buzziest pilot in several years, with most of the conversation centered on some obvious questions like: […]