After a dramatic negotiation session at the Cannes Film Festival, Netflix has nabbed a film project pairing Grammy winner Rihanna with Oscar winner Lupita Nyong’o, in a concept that began as a Twitter sensation. Ava DuVernay (Selma) will direct, and Issa Rae (Insecure) is writing the screenplay.

According to sources, Netflix landed the project in a very aggressive bid, beating out multiple other suitors. Netflix had no comment.

The project began as an online meme when the photo below — a shot that was taken in 2014 of the two women in the front row of a Miu Miu fashion show — went viral, prompting calls to turn it into a movie.

Twitter users went so far as to ask for DuVernay (who is in post-production on A Wrinkle in Time for Disney) to direct, with Rae (whose second season of HBO’s Insecure will debut on July 23) to write. Soon after, all four women pledged their support to the project on the social media platform.

I’m down if you are @rihanna https://t.co/vwHBWeCbFZ

Since then, the buzz has only intensified, with some creating concept art of the “scammer story” they envisioned with Rihanna playing a woman who cons white men, while her brilliant co-conspirator (played by Nyong’o) orchestrates the heists. It’s unclear how faithful Rae will remain to the crowd-sourced concept. (Since this piece was published, reps for Rae told Vanity Fair “the original Twitter users who imagined the concept for this film will be credited and included in some form.”)

But if she needs a suggestion for the ending, Rihanna’s appearance on the Cannes red carpet sparked inspiration from her fans.

This looks like the end of that Rihanna x Lupita scammer movie and im so into it 😭👏👏👏 pic.twitter.com/PQTA4keykH

Sources say Rae is already working on the script and the studio is eyeing a production start of 2018 after DuVernay completes her current film.

The news comes at a time when Netflix is already a big topic of conversation at Cannes. The festival came under fire when it booked two Netflix premieres — Bong Joon-ho’s political fantasy Okja and Noah Baumbach’s family drama The Meyerowitz Stories (New and Selected) — even though the streaming service had no plans to debut the films in French theaters. The controversy continued when Cannes jury president Pedro Almodovar said last week that films without cinematic releases should not be considered for prizes. (Both Okja and Meyerowitz are competing for Cannes’ top prize, the Palme d’Or.) The news continued when the Okja premiere was marred by technical glitches and boos from the audience. Yet once the film, which initially screened in the wrong aspect ratio, was restarted, audiences settled in and praised the ambitious movie with a four-minute standing ovation.

Meyerowitz, which Netflix scooped up a couple weeks before the start of Cannes and stars Adam Sandler, Dustin Hoffman and Emma Thompson among many others, also debuted to a warm reception on Sunday. 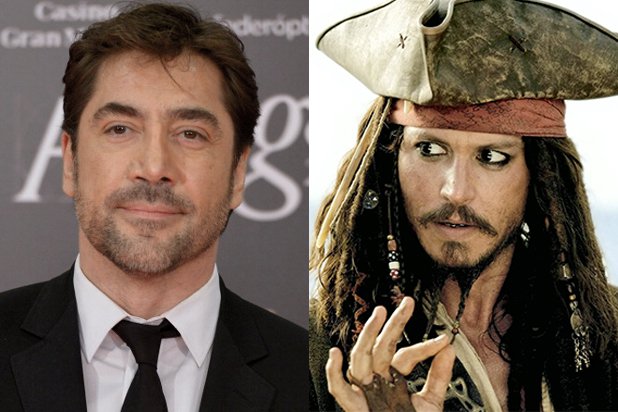 The monsters are back. Astute viewers have known for awhile now that Universal’s upcoming remake of The Mummy could serve as a jumping-off point for a new film franchise featuring Universal’s stable of classic monsters. After all, in addition to Sofia Boutella’s titular monster and Tom Cruise’s intrepid adventurer, Nick Morton, the film also features Russell Crowe as the conspicuously named Dr. Henry Jekyll. Now, with just a few weeks to go […]