From Scorsese’s ‘The Irishman’ To Kristen Stewart As Jean Seberg: 28 Movies That Could Light Up Film Festivals In 2019

share close
email
The impassioned debate about Netflix’s place at major European festivals looks set to continue in 2019, but here we run down some of the undeclared films we’d love to see grace the festival circuit in 2019.

Perhaps the most-anticipated stand-alone film of the year. Martin Scorsese directs Robert De Niro, Al Pacino, Joe Pesci, Harvey Keitel and Anna Paquin in the big-budget crime drama about a mob hitman who recalls his possible involvement in the slaying of Jimmy Hoffa. Cannes would be a dream scenario for film lovers but that currently looks unlikely given the ongoing impasse between the festival and Netflix, which backed and will release the pic. Could the two come to an arrangement? A release date has yet to be set.

Once Upon A Time In Hollywood

Quentin Tarantino’s anticipated ninth film is as starry as they come. Leonardo DiCaprio, Brad Pitt, Al Pacino and Margot Robbie are among cast in the story of a faded TV actor and his stunt double trying to make it during the Manson reign of terror in 1969 Los Angeles. This one is getting a July and August theatrical rollout via Sony, but wouldn’t a Cannes slot be special on the 25th anniversary of Pulp Fiction?

Cannes habitué Pedro Almodovar’s latest follows a film director reflecting on the choices he’s made in life as past and present come crashing down around him. Penélope Cruz and Antonio Banderas are among the strong Spanish-language cast. Sony has taken rights in multiple territories including Spain, where the film is set to debut in March. Would be a surprise if Almodovar wasn’t back on the Croisette.

Brad Pitt, Tommy Lee Jones, Donald Sutherland and Ruth Negga lead cast in James Gray’s adventure sci-fi about an astronaut who travels to the outer edges of the solar system to find his missing father and unravel a mystery that threatens the survival of our planet. Max Richter scores while cinematograher is Interstellar and Dunkirk‘s Hoyte Van Hoytema. Set to launch worldwide in May, could this be another to blast off in Cannes?

Set in France after WWI, Wes Anderson’s next film remains mysterious. Reports are that the film is a love letter to journalists. What’s clear is that it’s a heavyweight ensemble, even by Anderson’s standards. Timothée Chalamet, Benicio Del Toro, Bill Murray, Frances McDormand and Jeffrey Wright are aboard. There are rumours Natalie Portman, Brad Pitt and Lea Seydoux may also be along for the ride. Anderson’s films tend to debut at major festivals, Berlin getting the last two, but this is filming now so it may be tight to have it finished for a 2019 slot.

Jackie and No director Pablo Larrain’s Spanish-language drama follows a couple dealing with the aftermath of an adoption that goes awry as their household falls apart. Larrain is a festival favorite so expect this to get good play on the circuit. Gael Garcia Bernal is among cast.

Much in-demand Timothée Chalamet leads cast in this David Michod drama also starring Ben Mendelsohn, Joel Edgerton, Robert Pattinson, Lily-Rose Depp and Thomasin McKenzie. The British-American-Australian film will combine elements of Shakespeare’s history plays Henry IV and Henry V with Chalamet set to play the latter. This is another Netflix film, so an autumn festival berth may be more likely if it is to get the red carpet treatment.

A Terence Malick film will always command festival interest. Radegund, said to be one of the acclaimed but secretive director’s most accessible projects in some time, follows Austrian Franz Jägerstätter, a conscientious objector who refuses to fight for the Nazis in World War II. August Diehl, Alexander Fehling, Matthias Shoenaerts, Michael Nyqvist, Bruno Ganz and Jurgen Prochnow are among cast. The big question is why the film has been in post-production for more than two years.

Given that it’s in production now, it’s uncertain whether Kelly Reichardt’s new film will be ready for next year. The production described The Certain Women and Meek’s Cutoff director’s latest as follows: “Cookie Figowitz is the hired cook for a group of rough men on a fur trapping expedition in the 1820s Oregon Territory. One night in the woods he meets King-Lu, a mysterious man fleeing from some vengeful Russians. This is the story of their burgeoning friendship in the ever-changing Northwest landscape–and a get-rich-quick scheme involving the first cow in the territory.”

Horror-thrillers aren’t traditionally classic festival fare but this Scott Cooper movie has Fox Searchlight behind it and Cooper’s last couple of films have debuted at A-list fests. Keri Russell and Jesse Plemons star in the story of a small-town Oregon teacher and her brother, the local sheriff, who become entwined with a young student harboring a dangerous secret.

Ang Lee’s latest is about an over-the-hill hitman who faces off against a younger clone of himself. Will Smith, Clive Owen, Mary Elizabeth Winstead and Benedict Wong star. Lee’s last two films have debuted at the New York Film Festival and this one is set for an October release. Festivals will likely be queuing up.

The Last Thing He Wanted

Dee Rees follows Mudbound with this story of a journalist who quits her newspaper job and becomes an arms dealer for a covert government agency. The Joan Didion novel adaptation stars Anne Hathaway, Willem Dafoe and Ben Affleck. Yet another Netflix charge.

Brazilian director Kleber Mendonca Filho reteams with his Aquarius star Sonia Braga and Udo Kier on this Portuguese-language mystery-drama in which a filmmaker travels to a village in the interior of Brazil to make a documentary. As days go by, he begins to discover that the locals are not exactly what they appear to be and hide dangerous secrets.

Chinese powerhouse Zhang Yimou, director of Hero and House Of Flying Daggers, is in post-production on this 1970s-set drama about a movie fan in a remote part of China. Zhang Yi stars in the latest film from the prolific director who followed up misstep The Great Wall with Shadow.

The True History Of The Kelly Gang

Based on Peter Carey’s novel, Macbeth director Justin Kurzel tells the story of Australian outlaw Ned Kelly and his gang as they flee from authorities during the 1870s. George MacKay, Russell Crowe, Nicholas Hoult, Charlie Hunnam are among cast in this anticipated Western thriller.

Love Is Strange director Ira Sachs charts the story of three generations grappling with a life-changing experience during a vacation in Portugal. French release is slated for late September. Isabelle Huppert, Greg Kinnear, Marisa Tomei and Brendan Gleeson are among cast.

Maverick Swedish director Roy Andersson’s latest sounds typically offbeat and compelling: “We are guided through the world by the soft voice of a woman. Led by this voice, we see the dealings of man and life in all its banality and grandeur through a series of apparently trivial moments that reflect life’s splendour.” Andersson’s 2014 Venice Golden Lion winner A Pigeon Sat On a Branch Reflecting On Existence was a joy and his latest is sure to get strong festival play.

Steven Soderbergh’s Panama Papers pic follows the journalists who unearthed 11.5 million files, linking the world’s most powerful political figures to secret banking accounts to avoid taxes. Meryl Streep and Gary Oldman are among the strong cast for this Netflix film, which could be a fall festival title.

Festival favourite Mia Hansen-Love returns with the story of an American filmmaking couple who retreat to a Swedish island to each write screenplays. As the summer and their screenplays advance, the lines between reality and fiction start to blur. Mia Wasikowska, Anders Danielsen Lie and Vicky Krieps star.

The story of Elton John’s life, from his years as a prodigy at the Royal Academy of Music through his influential musical partnership with Bernie Taupin. Kingsman star Taron Egerton has the daunting task of playing the iconic singer. Bohemian Rhapsody‘s (uncredited director) Dexter Fletcher is helming. Paramount is lining up a May release, which could well chime with Cannes.

Amazon and Warner Bros’ adaptation of Donna Tarte’s acclaimed book about a boy in New York who is taken in by a wealthy Upper East Side family after his mother is killed in a bombing at the Metropolitan Museum of Art. Ansel Elgort, Nicole Kidman and Sarah Paulson are among cast. Fall release.

The true story of the battle between Ford and Ferrari to win Le Mans in 1966. Christian Bale and Matt Damon star in Fox’s charge, directed by Logan and Walk The Line director James Mangold. Due for a summer release.

After her anxiety-ridden mother disappears, 15-year-old Bee does everything she can to track her down, discovering her troubled past in the process. Richard Linklater’s latest, adapted from the hit book of the same name, stars newcomer Emma Nelson alongside Cate Blanchett, Judy Greer, Kristen Wiig and Laurence Fishburne. Annapurna is due to release in March, leaving only Sundance or Berlin as potential landing spots. Linklater’s charming Boyhood played at both.

Korean powerhouse Bong Joon-ho, director of The Host, Snowpiercer and Netflix’s Okja, makes his Korean-language comeback. Plot details are largely under wraps but the family drama is said to be “about four people with unique characteristics”. Neon has U.S. rights. The director’s regular collaborator, actor Song Kang-ho is aboard.

Harmony Korine’s latest was the one Venice head Alberto Barbera was most disappointed not to snag this year. Matthew McConaughey stars as rebellious stoner Moondog who lives life by his own rules. Snoop Dogg, Martin Lawrence, Jonah Hill, Zac Efron and Isla Fisher are also along for the ride. Neon will release in March so festival options are narrowing.

Jordan Peele’s Get Out follow-up is getting a March rollout for Universal so the chances of a festival berth seem slim. But what a fun surprise the film would be at Sundance or Berlin. Elisabeth Moss and Lupita Nyong’o are among cast in the horror-thriller about a mother and father who take their kids to a beach house but get some unexpected visitors. 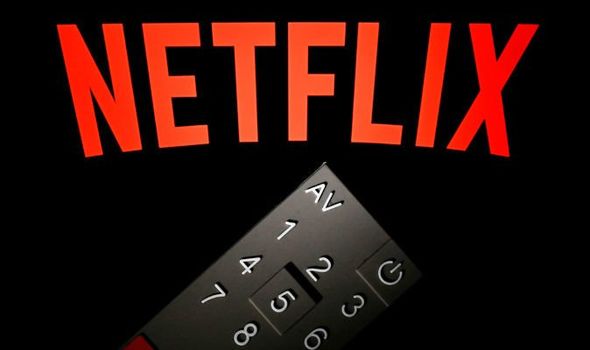 NETFLIX Christmas codes are the perfect way to filter the streaming service's plethora of content so you can find the best films and TV shows. Here is every combination you need to unlock hidden movies on Netflix. Netflix is one of the most popular streaming services around, but sometimes finding the right film or show can be extremely tricky. That is because the service has a deluge of offerings that can […]