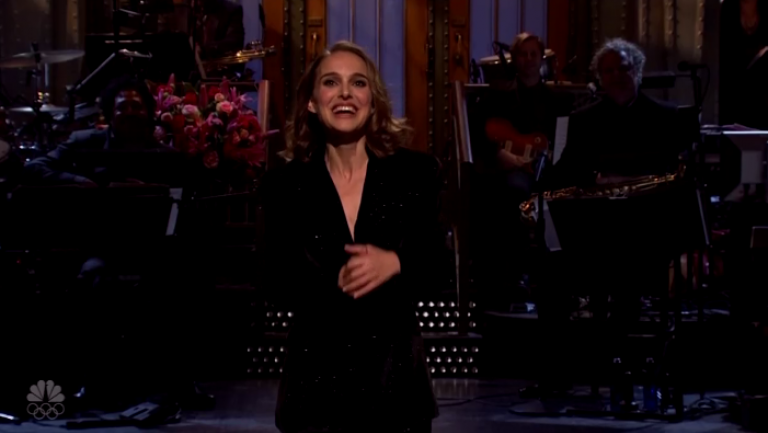 The actress kicked things off with a monologue that played on NBC’s persistent Winter Olympics promotion, with castmembers Kenan Thompson and Kate McKinnon interrupting to do sportscaster-style commentary. Leslie Jones, who will be contributing to the network’s Olympics coverage this year, also appeared to offer her expertise.

Portman’s most memorable moment from her first turn as SNL host in 2006 was a rap music video she did starring former castmembers Seth Meyers, Andy Samberg and Chris Parnell in which she played a very enraged, vulgar version of herself. This time out, she starred in a new version of “Natalie Raps,” which was even more explicit than the first. The music video included a birthing sequence and Portman in her Queen Amidala costume from the Star Wars prequels, threatening someone with a gun. Samberg also made a cameo.

The music video ended with Portman shoving a Time’s Up pin into Beck Bennett’s head. During this year’s Golden Globes, the actress pointedly called out the fact that all of the nominees in the best director category were men. When introducing Lipa later in the episode, Portman wore a Judge Aquilina shirt.

She also appeared in a Stranger Things season three spoof, playing Eleven, whose nosebleed side effect from her powers was mimicked by new characters with increasingly absurd powers and accompanying side effects, like a character played by Aidy Bryant who can do a very good Borat impression which puts her in a coma for three days.

Portman late appeared in a Star Trek-esque sketch alongside Bennett, who played an alien self-conscious of his body.

In a sketch that brought back McKinnon’s Ellen DeGeneres impression, Portman played a co-host of the Nickelodeon Kids’ Choice Awards who lost her voice from screaming too much.

In addition to Samberg’s cameo in the digital short, Alec Baldwin appeared as President Donald Trump in the cold open and Rachel Dratch and Tina Fey reunited for a Super Bowl-inspired sketch. 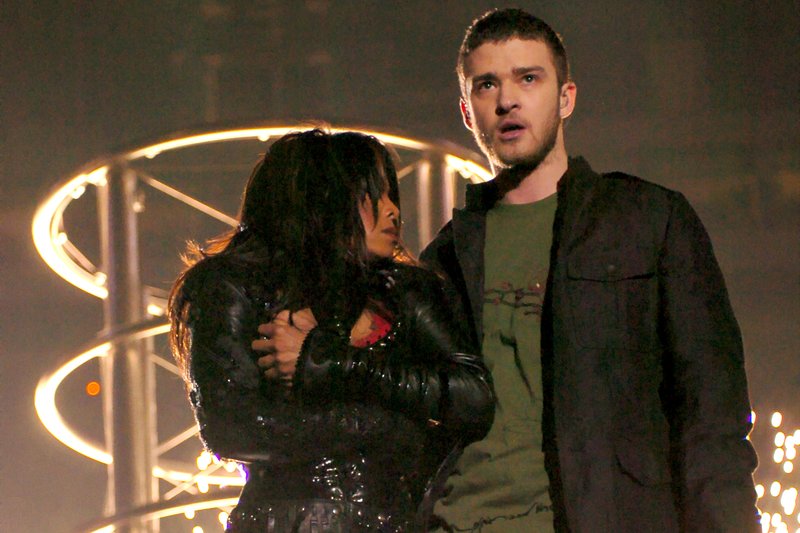 Janet Jackson is setting the record straight. The iconic singer says she will not perform with Justin Timberlake during his Super Bowl LII halftime show on Sunday, despite ongoing fan speculation. “To put to rest any speculation or rumors as to whether I will be performing at the Super Bowl tomorrow: I will not,” Jackson said in a statement to PEOPLE. She added, “Thank you for your support and I do look forward to seeing you all […]