ny Pictures is looking forward while looking back, announcing release dates for 15 films in 2016 and 2017 and one in 2019, including two “Bad Boys” sequels, a “Jumanji” reboot, a film based on Stephen King’s “The Dark Tower” series and a “Barbie” movie.

Sony’s far-reaching announcement could be seen as a move by Tom Rothman, the studio’s new motion picture chairman, to put his stamp on the studio’s outlook and output.

The newly announced dates are: 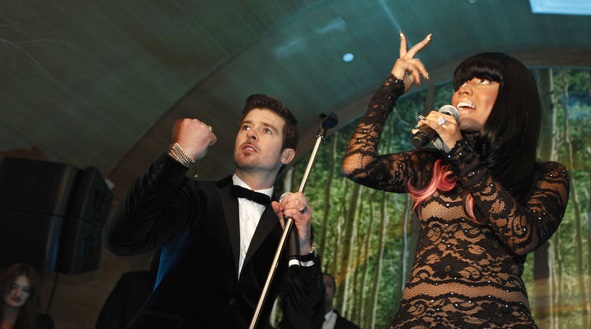 Just when we were hedging our Song of Summer bets, Robin Thicke has enlisted Nicki Minaj for a new pop confection. Thicke served up the track on Twitter Wednesday night while shrugging off rumors about his love life: Not engaged, but I do propose that you check out my new track with my girl @NickiMinaj #BackTogether http://t.co/00JTMlE3d4 — Robin Thicke (@robinthicke) August 6, 2015 The pair previously collaborated together on […]