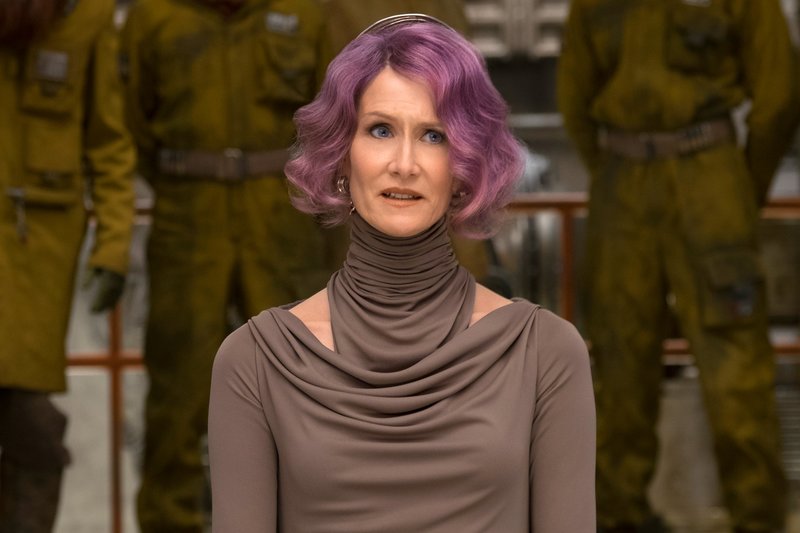 Rian Johnson made several fresh, unconventional choices in his helming of the divisive Star Wars: The Last Jedi, but one scene in particular has forced some movie theaters to intervene.

The scene in question features what Star Wars VFX supervisor Ben Morris has called a franchise first. Deciding to sacrifice herself to save the Resistance, Holdo (Laura Dern) crashes her ship at light-speed directly into a First Order destroyer in order to release the escape pods. At the exact moment of collision, Johnson cuts all sound, with a vacuum-like effect creeping in against the image of the fatal crash.

Morris recently acknowledged that it’s an unusual but effective choice for a Star Wars film. “We had always hoped that would resonate, both as a story beat and as a striking visual, and when I heard all of the cries and gasps in the silence, it was just fantastic,” he told Collider. “We realized that it worked. That’s never really happened in Star Wars before.”

Moviegoers seem aware of this: A warning posted by some AMC theaters assures viewers that the silence is an intentional creative choice, and not a technical glitch or other mishap, as many have reportedly complained. Per the theater chain, it’s been a repeated point of confusion.

“Please note: The Last Jedi contains a sequence at approximately 1 hour and 52 minutes into the movie in which ALL sound stops for about 10 full seconds,” reads an AMC note to moviegoers that was posted on Facebook by Paul Scheer, among others. “While the images continue to play on the screen you will hear nothing. This is intentionally done by the director for a creative effect.”

https://www.youtube.com/watch?time_continue=7&v=OHujZuWDTsU Neal Sugarman, Cochemea Gastelum and Binky Griptite of Sharon Jones' backing band the Dap-Kings, reflect on writing and recording "Sail On!" in the latest installment of Rolling Stone series, "Levels." The song appears on Jones' final album, Soul of a Woman, which was released in November, one year after the beloved soul singer died of cancer. Gastelum, Sugarman and Griptite give a detailed musical explanation of "Sail On," describing […]