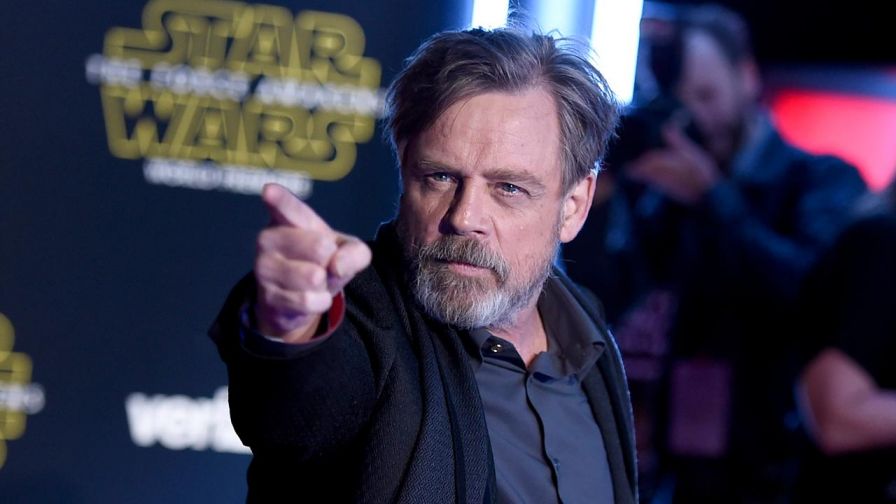 Mark Hamill, also known as Luke Skywalker in the famed “Star Wars” franchise, will finally receive a star on the Hollywood Walk of Fame. And the actor is celebrating with an apparent jab at President Trump.

The force will be with the original Luke Skywalker on March 8, as Hamill joins the ranks of Hollywood’s top icons on the legendary Walk of Fame in Hollywood, Calif. The “Star Wars” veteran will receive the 2,630th star on the walkway, according to Variety. The traditional Walk of Fame ceremony will take place on Hollywood Blvd. in front of the El Capitan theater.

Hamill tweeted his excitement about the news on Thursday morning, apparently mocking the president in the process by writing that “someone got a ‘star’ for one crappy reality show.”

Can’t say this is a dream come true because I was never foolish enough to think something like this could ever happen. When part of me doubts I deserve such an honor, I remind myself that someone got a “Star” for just one crappy reality show. #BeyondGr8ful 🙏 https://t.co/CEzO0jdD3k

Ana Martinez, producer of the Walk of Fame ceremonies, said in a statement, “’Star Wars’ fans will be over the moon that hearing their idol Mark Hamill is going to be honored with a star on the Hollywood Walk of Fame. We are proud to add this extraordinary actor to our historic Walk of Fame.”

The actor started out in the industry doing minor television spots, but landed his first film role as Luke Skywalker in George Lucas’ premiere “Star Wars” film in 1977. The series, which has spanned over four decades, has allowed Hamill to continue to reprise his iconic role.

The 66-year-old actor made headlines in December after he revealed in an interview with Vanity Fair that he disagreed with his character’s dialogue in the latest “Star Wars” franchise installment, “The Last Jedi.”

“I, at one point, had to say to Rian, ‘I pretty much fundamentally disagree with every choice you’ve made for this character. Now, having said that, I have gotten it off my chest, and my job now is to take what you’ve created and do my best to realize your vision,'” Hamill said.

He later expressed his regret about criticizing director Rian Johnson’s creative decisions regarding his iconic character.

“I regret voicing my doubts & insecurities in public,” Hamill tweeted Tuesday. “Creative differences are a common element of any project but usually remain private. All I wanted was to make good movie. I got more than that – [Johnson] made an all-time GREAT one!”

Despite Hamill’s initial reservations, the movie has grossed more than $790 million at the box office and has received rave reviews from critics.

A $426.6 Million Opening Makes ‘Black Panther’ The Top-Grossing Film With A Black Cast

Marvel Studios' Black Panther bounded to success at the President's Day box office, notching $242 million domestically over the four-day weekend--the second-highest such opening behind only Star Wars: The Force Awakens, and the biggest ever debut for a black director. In a triumph that could impact onscreen representation, its $184.6 million overseas total disproves a long-held industry myth that films with black casts underperform overseas. The Ryan Coogler-directed action flick beat expectations to score the fifth biggest North American debut of all time. […]