Barry (Grant Gustin) will need Cisco’s (Carlos Valdes) help when new threats start arriving in the alternate universe that they’re in, in the upcoming season of “The Flash.”

As per the promo released by The CW, Barry’s decision to meddle with time will usher in “Flashpoint.” In that world, his parents are still alive. Unfortunately, the people he is friends with, like Iris (Candice Patton) and Cisco, do not remember him.

Iris, however, appears to be close to knowing who Barry really is. In the clip, she asks him if they know each other, since he is familiar to her. Cisco, on the other hand, has no memory of his old friend, whatsoever. Now the richest man in the city, Cisco’s world revolves around his corporation and does not have time to mingle with ordinary people.

It has been previously teased that the technology genius will be the billionaire owner of Ramon Industries. Cisco has made a name for himself in the alternate universe, using his talent and skills to make it big. His business is booming and he is basking in his success.

When Cisco first sees Barry in the teaser, he angrily asks his assistant who the interloper is. It looks like Barry will have to find a way to become friends again with Cisco, since he needs his help to succeed in his upcoming missions as The Flash. Will Iris, who is the only one who appears to remember him, help him in this task?

Patton hinted in a recent interview that her character would prioritize her romance with Barry in season 3.

“We’ve seen her grow so much since Season 1, where she was a barista at a coffee shop, and then she had an online blog, and now she works at Picture News, and she’s finally got her family situation in order in terms of making peace with her mother and finding a brother, so yeah, I think now she’s moving into the last part of life, which is trying to make the romance thing work,” Patton told Den of Geek. 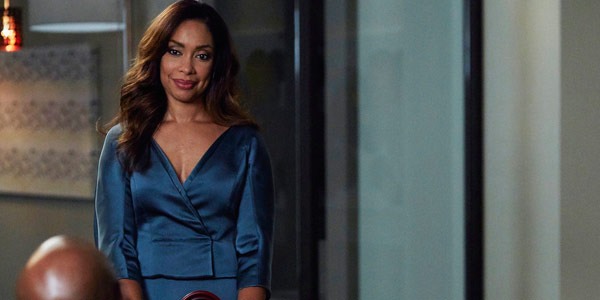 TV Line reports that Gina Torres has landed a gig on the sophomore season of The Catch. The flashy drama stars Peter Krause and Mireille Enos as a con artist and a fraud investigator, respectively. The Catch isn't expected to return to the schedule until midseason, so it could be some time before we know what sort of character Torres will be playing on the drama, but we do know […]