The Secret Symbolism of the Game of Thrones Finale This past Sunday’s Game of Thrones finale “The Winds of Winter,” Cersei (Lena Headey) capped a season full of female domination by ascending to the Iron Throne. It was a complexly triumphant moment for Cersei—who had just killed off her enemies and exacted merciless revenge on those who humiliated her, but was also reeling from the loss of her last surviving child. In taking the crown, however, Cersei finally overcame the long-festering limitations of her gender.

To mark the character’s triumphant milestone, the show’s Emmy-winning costume designer Michele Clapton returned to the series to create the episode’s badass costume centerpiece—a coronation gown made from lightweight Italian-cut leather (from D’Alessio Galliano) and silver and black textured brocade (from London’s Altfield).

The feat was all the more impressive considering that Clapton had been working on a different series in Africa when she was called in to design four costumes for the season’s final two episodes, including the coronation gown.

“When they requested me, I couldn’t say no,” Clapton told us via e-mail on Tuesday. “There was to be a very short turnaround on this [dress]—four to five weeks—and I had to try to pull my team together to make it happen. Luckily, when I received the script I was immediately sure how this dress should look and Cersei’s direction. As soon I shared my sketches with [executive producers] David [Benioff] and Dan [Weiss], they loved it, as did Lena. We were all of the same mindset.”

“I knew it had to be leather and I knew it had to be linked to [Cersei’s father] Tywin,” Clapton said of the design. “I wanted a distinct, strong silhouette, so I squared her shoulders. I also wanted the dress to skim her ankles, so that you could see her feet—again, strength.”

“The silver shoulders are decorated in a similar manner to Jaime’s gold hand—the one person that she still has something with,” Clapton explained, noting that every detail of the dress represents something. “There is no ‘decoration’ to Cersei.”

Given that every detail of the dress is significant, Clapton took great care in deciding on the precise color of the gown.

“Black was the obvious choice,” Clapton said. “Yes, it is for mourning her children, her father . . . but it’s more than that. To me, it represents a deadness inside her—the overwhelming desire for power at any cost. The multi-layered effect created by mounting the leather onto silver brocade gives a more complex feeling, implying that nothing achieved is ever simple.”

Even the metallic adornments were chosen to reflect this deadness inside Cersei—“because there is a coolness/ sharpness to it.”

“It is again the Lannister lion sigil in silver,” explained Clapton, “but we wanted it to be abstracted further. It took more time to develop—its mane now represents the iron throne.” With the new design, Clapton revealed, “Cersei has made it her own. She is reborn.” 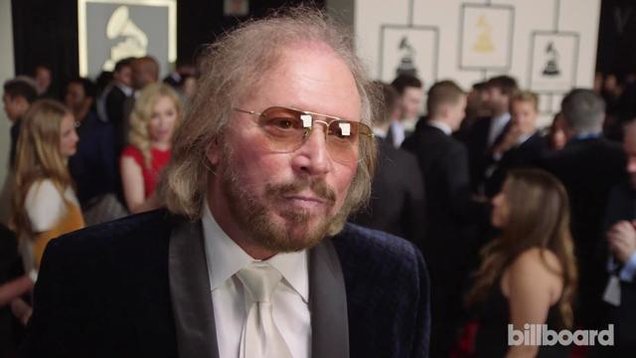 Gibbs' second solo album is scheduled to drop in the Fall. Columbia Records has signed Barry Gibb to a record deal and will release his second solo album in the Fall. Entitled, In the Now, all songs were written by the last surviving member of the Bee Gees and his sons Stephen and Ashley and co-produced by Gibb himself with John Merchant. “This is a dream come true for me,” Gibb said in […]