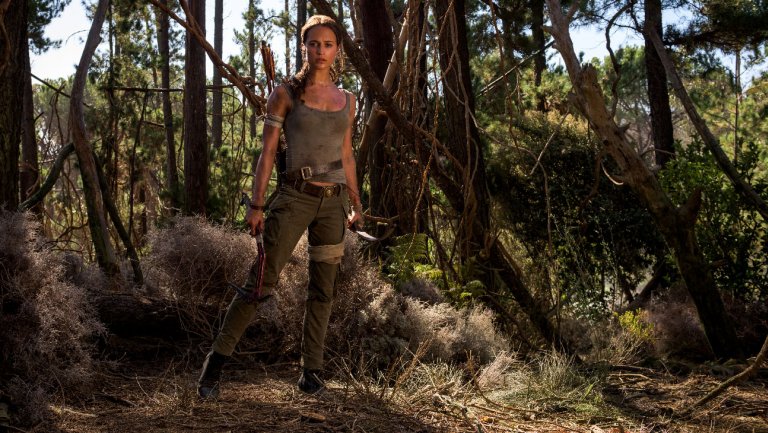 Alicia Vikander stars as Lara Croft in this reboot of the Angelina Jolie-fronted action franchise based on the video game.

It’s a new package for old goods in Tomb Raider, a grimly determined by-the-numbers rehash of the same sort of plots and action moves that animated the first two Lara Croft films back in the early 2000s. Brandishing impressively packed abs and enough upper body strength to pull herself out of countless jams, Alicia Vikander gamely steps into the kick-ass role twice played by Angelina Jolie, but the derivative story and cardboard supporting characters are straight out of 1930s movie serials.

Spurred by the successful videogame reboot in 2013, the revival of the brand’s big-screen profile offered the opportunity to sharpen the reborn franchise’s edge, a notion encouraged by the recruitment of Norwegian director Roar Uthang (The Wave). But after a pacy early scene in which courier Lara leads a wild bike chase through East London, the action reverts to the tried-and-true as the narrative focuses once again on tomb raiding, ruthless mercenaries, mad races through the jungle, much hanging from precipices, secret chambers being penetrated and dormant curses being unleashed after two thousand years.

Once again, we learn that the fabulously wealthy English businessman and widower Richard Croft abandoned his young daughter to search for a mysterious tomb on a remote Pacific isle, the opening of which could unleash demons, and resultant mayhem, upon the planet. While seven years have passed — enough for reasonable folks to assume Richard has now become ancient history as well — Lara refuses to believe it and treks off to locate the source of her dad’s obsession.

First stop Hong Kong, where the crowded harbor serves as a not-unfamiliar setting for a boat-hopping chase-and-fight between Lara and three young goons, and then a quick alliance with drunken sailor Lu Ren (Daniel Wu), the son of one of her dad’s contacts, who agrees to take her to forbidding Skull Island.

Upon arrival they do not find King Kong but, alas, someone far smaller and less photogenic, mercenary Mathias Vogel (Walton Goggins), whose goons lord it over a gang of poor souls unfortunate enough to have been dashed upon the rocks there. Jungle chases, shootouts, rides down rapids toward a towering waterfall and much more await our heroine, who, it can be said without undue spoilage, finally reunites with dear old dad (Dominic West), who’s thus far been able to avoid detection by Vogel.

The script by Geneva Robertson-Dworet and Alastir Siddons is very much a connect-the-dots affair, unburdened by the need for subtlety, subtext or deep characterization — how many times we hear the father go all soft and call his daughter by her pet name “Sprout” cannot be tabulated. The comic book-worthy dilemma is that Vogel, sensing vast riches and untold powers, is determined to open up the tomb of the evil Queen Himiko, who was buried alive therein 2,000 years before, whereas Croft is convinced that only disaster will result from her disinterment.

This disagreement triggers a final act of videogame-like action inside an extensive cave complex with numerous moving parts, the sort of thing gamers take great pleasure in negotiating. Here, of course, it’s all entirely fixed and laid out and entirely predictable, with unsurprising fates awaiting all the central characters. Most assured of all, of course, is the safe return of Lara to London, where a sequel will no doubt start if box-office returns for this one warrant it. (For the record, the 2001 Lara Croft: Tomb Raider pulled in $274.7 million worldwide, while the dreadful 2003 sequel, Lara Croft: The Cradle of Life, fell off dramatically with a $156.5 million global take, making quick work of the franchise’s first incarnation.)

When all the one-dimensional supporting characters and familiar action moves fall by the wayside, the one thing left standing is Vikander. Slim and not tall, she doesn’t cut the figure of a muscled powerhouse, but here she fully embodies physical tenacity and grit, along with absolute determination not to give in or up. The film strains credulity even for a vid-game fantasy by letting the leading lady recover awfully quickly from bad injuries, but other than that Vikander commands attention and is the element here that makes Tomb Raider sort of watchable. 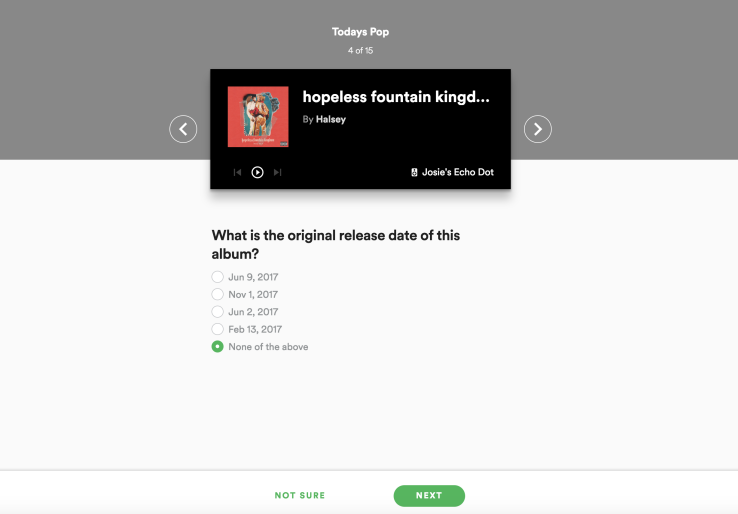 Spotify wants you to fix its bad music data

Spotify announced today the launch of a new tool called Line-In that will allow its community members to offer input about the music data it has on file, like genre, mood, explicitness and more. The goal is to leverage the wisdom of the crowds in correcting and expanding Spotify’s data over time, which could give it a competitive advantage against rival services like Apple or Pandora, for example. Notes Spotify in its FAQ, by […]