The western springs back to life with ‘Hostiles,’ a brutal tale of moral survival 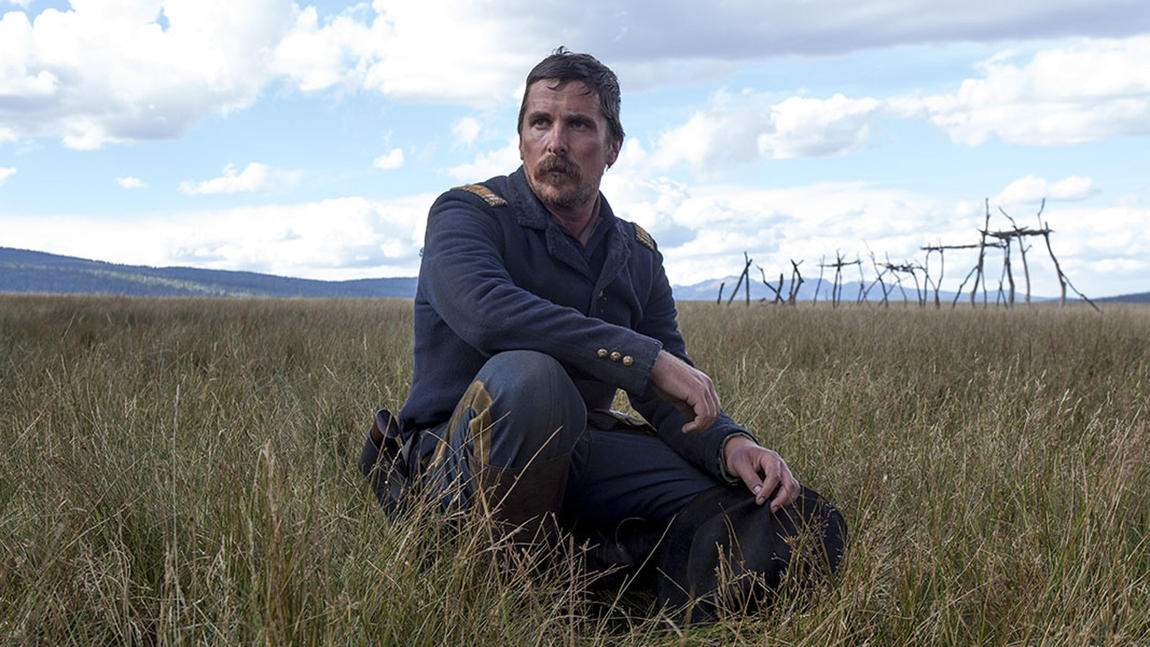 Once feared dead but found instead only sleeping, the western has sprung back to strong and compelling life with the intense, involving “Hostiles” being the latest case in point.

Written and directed by Scott Cooper and powered by a dynamic trio of interwoven performances by Christian Bale, Wes Studi and Rosamund Pike, “Hostiles” grabs you by the throat and holds on for the duration.

Like the year’s previous tip-top examples of the genre, the contemporary “Wind River” and the classic era “The Ballad of Lefty Brown,” “Hostiles” does not so much modernize the western as concentrate on character psychology and dramatic tension, creating a force field of emotion from start to finish that is as enveloping as anyone could wish for.

While the protagonists and what they go through can sound familiar, Cooper, working from unfinished material by the late Donald E. Stewart (“Missing” and a trio of Tom Clancy adaptations) has made sure that what we see surprises us, not just in terms of plot but also in who his characters are and how they act.

A tale of physical, emotional and even moral survival, “Hostiles” deals in people pushed to their limits and then some, individuals marked in the deepest way by the violence of the frontier.

More than that, and this is key, each of the film’s central figures, though still alive, has reason to feel his or her life is as good as over.

Cooper, a former actor, directed Jeff Bridges to an Academy Award in “Crazy Heart” and Johnny Depp to one of his best performances in “Black Mass.” As a filmmaker he has a matter-of-fact approach that works especially well with incendiary material.

The film’s title gives an immediate sense of what is to come. On the most obvious level, western fans know that “hostiles” is the descriptor the U.S. Cavalry traditionally used when talking about armed and dangerous Native American opponents.

The word, however, has a more specific meaning here, referring as well to two implacable enemies, Joseph Blocker (Bale), a captain in the U.S. Cavalry, and Yellow Hawk (Studi), a war chief from the Northern Cheyenne who has been an Army prisoner for seven years.

Not to put too fine a point on it, these men completely despise each other — they are intractable enemies of long standing whose mutual hostility is based not on philosophical differences but concrete actions both men have taken that neither one regrets in the least. That is not the end of “Hostiles,” however, just the beginning.

Before either man is met, the film opens in 1892 with shattering catastrophe overtaking frontier wife and mother Rosalee Quaid (Pike) at the hands of a band of terrifying Comanche (the same tribe that figured in the classic “The Searchers”).

The thickly mustachioed and goateed Capt. Blocker, for his part, is introduced listlessly overseeing the sadistic roundup of the last of the remaining Apache opposition outside his Ft. Berringer, N.M., post.

A hard-bitten career soldier who we experience as having been hollowed out by years of violence, Blocker hates his opponents with a passion he feels is justified.

Taunted by a journalist back at the fort for having taken “more scalps than Sitting Bull,” Blocker stoically maintains he is “just doing his job,” no emotions, no regrets.

About to retire, Blocker, who over the years has learned Yellow Hawk’s Northern Cheyenne dialect, is given one last assignment, very much against his will.

The chief is dying of cancer and the president, as much as a public relations gesture as anything, is allowing him and his family, including his son Black Hawk (Adam Beach), to return to their ancestral lands in Montana. The captain is to lead the escort party.

Impeccably played by the veteran Studi, perhaps best known as the dangerous Magua in 1992’s “The Last of the Mohicans,” Yellow Hawk is no misunderstood pacifist.

Though ill and past his prime, he has as long a history of violence as the captain does, and he has no second thoughts about defending his land and his people by any means necessary.

It’s a given that Blocker and his soldiers (including a cameo by “Call Me by Your Name’s” Timothée Chalamet) will run into the traumatized, nearly catatonic Rosalee Quaid and take her along, but not much else about the film’s intricate plot line plays as predictable.

As in Cooper’s previous films, the acting — including an unexpected Peter Mullan as a lieutenant colonel and the always compelling Ben Foster as a sergeant — is excellent across the board. And having key dialogue between Blocker and Yellow Hawk take place in subtitled Northern Cheyenne adds a kind of resonance to those sections.

Its period and plot line mandate that the nature and consequences of prolonged violence is one of “Hostiles'” strongest themes. The key question it poses is not one of responsibility, however (“We’re all guilty of something,” one character says), but whether we have to continue to be prisoners of what we’ve done in the past. 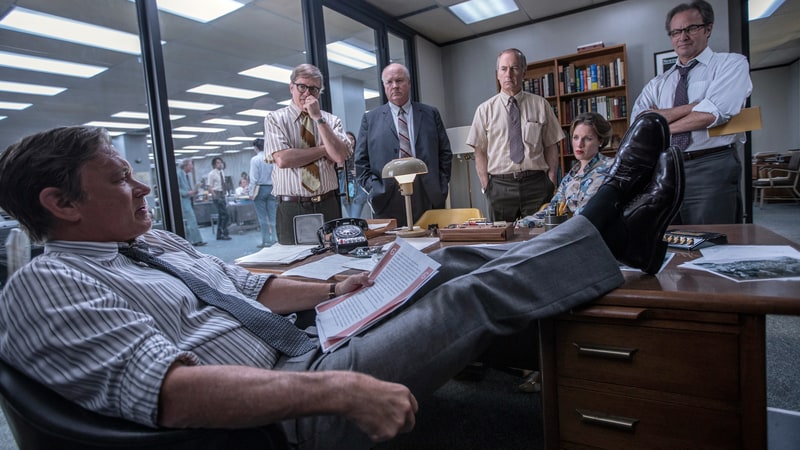 ‘The Post’ Review: Steven Spielberg’s Journalistic Thriller Could Not Be More Timely

The first thing to know about The Post, aside from the fact that it's one of best and tick-tock timeliest movies of the year, is that it's a love story. That's right. Steven Spielberg's tense, terrific new drama celebrates the passionate bond between a free press and every thinking human being, however diminished the species in Trump's America. The film is set in 1971, when Washington Postpublisher Katharine Graham (Meryl Streep) and editor […]