50 Years Ago: Rolling Stones Release First ‘Live’ Album, ‘Got Live if You Want It’ 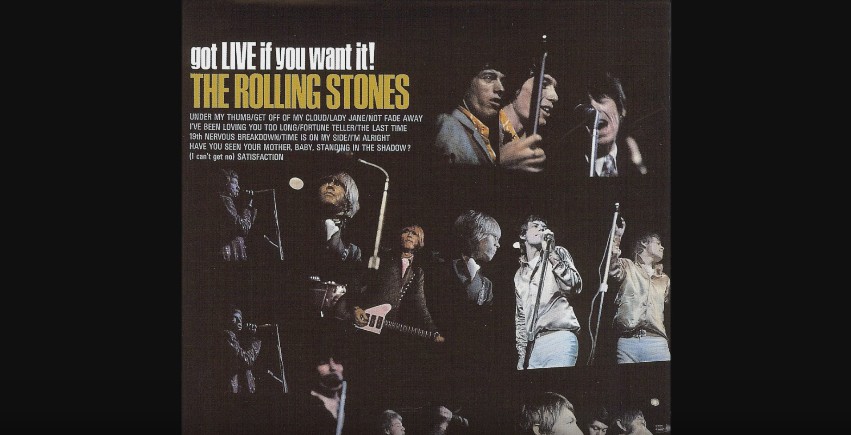 It’s no wonder the Rolling Stones disowned Got Live If You Want It as the band’s first live LP. With the amount of studio tracks and overdubs featured on the recording, the album is barely “live” at all. Lucky for them, there are no truth-in-advertising statutes for rock ’n’ roll.

Ever since the album – named after Elmore James’ “Got Love if You Want It” – was released in the U.S. in December 1966, Stones fans have debated what portions are studio creations and what parts were actually recorded on stage. The simultaneous release of a European export version, titled Have You Seen Your Mother Live, and subsequent CD reissues only added to the confusion.

The controversy begins with the original LP’s claim that the tracks were captured during a concert at the Royal Albert Hall – a flat-out lie (although it puts the Stones in good company when it comes to material supposedly recorded at the London venue). The Rolling Stones attempted to record their performance at the Albert Hall, the first concert of a fall British tour, but an incredibly raucous crowd stormed the stage during the opening number and pretty much ruined any chance of a decent recording.

“The tour has been an enormous success because it’s brought the young people back again,” guitarist Keith Richards remarked at the time. “In the ‘It’s All Over Now’ era, we were getting adults filling up half the theater and it was getting all draggy. We were in danger of becoming respectable! But now the new wave has arrived, rushing the stage just like old times.”

The fervor of the crowds was incredible in the moment, but not so great for posterity, especially given the relatively primitive sound and recording quality available for live shows in the mid-’60s. Still, the Stones attempted more concert recordings at the band’s October dates in Newcastle upon Tyne and Bristol. At the very least, those tracks would form the foundation of Got Live If You Want It.

Listen to “(I Can’t Get No) Satisfaction”

Although those live recordings fared better than the attempts at the Albert Hall, the results were still messy, with Mick Jagger’s vocals buried in a tangle of instrumentation and crowd screaming. In addition, there were technical difficulties that sometimes prevented the use of one, heterogeneous take.

“Kids would get onstage, attack me, attack Brian [Jones], Charlie [Watts], Mick and Keith,” bassist Bill Wyman wrote in Rolling With the Stones. “So you would have the guitar go out for 20 seconds, drums, etc., half a minute where you would lose the bass or drums completely.”

To correct these issues, some of the Stones went into the studio to overdub missing or unsatisfactorily captured performances on songs such as “Get Off of My Cloud,” “Under My Thumb” and “(I Can’t Get No) Satisfaction.” Wyman has claimed that only Jagger and Richards contributed vocal and guitar overdubs, although evidence suggests that “sixth Stone” Ian Stewart contributed some studio piano and dulcimer.

But even with Mick re-recording all of his vocal parts and Keith strengthening the riffs, the band still didn’t have enough material for a full live LP. After all, the Stones were playing concerts that only lasted about 25 minutes anyway.

That’s how two full-fledged studio recordings (at least), ended up on the album. Covers of “That’s How Strong My Love Is” and “Fortune Teller” had been recorded in 1965 and ’63 (respectively) and a studio technician hastily overdubbed crowd noise onto the tracks to make them sound “live.” It’s been long rumored that the same method was undertaken for “Have You Seen Your Mother Baby, Standing in the Shadow?” but the track used was an alternate version from the single released earlier in ’66.

Listen to “Have You Seen Your Mother Baby, Standing in the Shadow?”

After all that patchwork, the Stones had their first “live” album. Although it wasn’t the band’s first live release, as an EP also titled Got Live If You Want It was put out in the U.K. in 1965. With the Stones’ popularity cresting at a new high in the States, London Records was thrilled to have more product to bridge the gap between Aftermath (released earlier that year) and Between the Buttons (which was currently in progress). Got Live didn’t disappoint, hitting No. 6 on the Billboard chart and going gold.

As for the Stones’ first truly live album, that would come four years later in the form of Get Yer Ya-Ya’s Out! 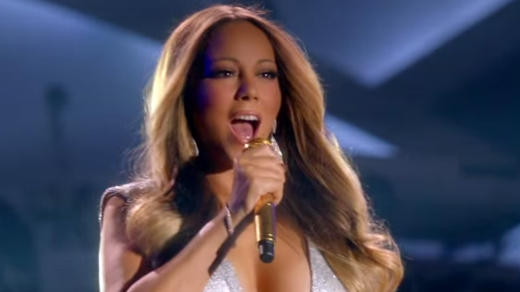 https://www.youtube.com/watch?v=3zQ53oXITyk Some people can’t get enough Christmas music... some people are sick of it before December even rolls around. Finally, there’s a song to please both camps. This new mashup from YouTuber oneboredjeu mixes Mariah Carey’s “All I Want For Christmas Is You” with “Welcome To The Black Parade” from My Chemical Romance. Somehow, the emo classic and Christmas favorite seem to blend right into one another for “Welcome To […]