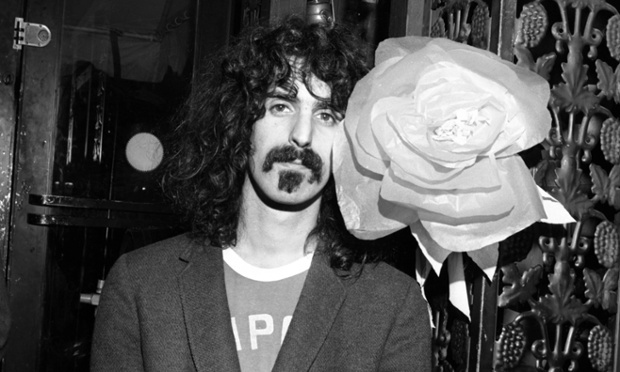 Dance Me This, the last album Frank Zappa recorded before his death in 1993, will be finally released in 2015. Joining his extensive discography – which begins with 1966’s Freak Out and includes approximately 100 releases – the album gets a release date of 1 June.

Despite news of the long-anticipated album initially emerging on April Fool’s Day on Zappa’s website, the post still remains online with a pre-order link and a message that urges fans to “Tap your foot algorithmically to this!”

Frank Zappa died of prostate cancer in December 1993, aged 52. Speaking with Guitarist Magazine before his death, he explained that he was working on a new album, describing it as “a Synclavier album called Dance Me This, which is designed to be used by modern dance groups. It’s probably not going to come out until next year.”

The Zappa estate has released a number of posthumous albums by the artist over the past decade. Rumours of Dance Me This’s release have been circulating for some time, and it is said that promo cassettes for his final album surfaced in 2004, even though the record never got an official release.

According to JamBase, an email from Zappa’s family describes Dance Me This as “the last title FZ finished in 1993 along with Trance-Fusion; the last chapter in his Master Work, Civilization, Phase III; and of course, The Rage & The Fury, The Music of Edgard Varèse.”

Dance Me This is cited as Zappa’s 100th album, with titles including Pachuco Gavotte, Goat Polo and five movements of Wolf Harbor.

Samsung’s Galaxy S6 and the Edge are released next week, and early reviews indicate that it could be enough for Samsung to challenge the iPhone 6 as the flagship phone of choice. The Android phone was unveiled at the beginning of March. When it was launched, The Independent’s David Phelan said that this was the phone that Samsung had to really get right, given the problems with its predecessor the […]