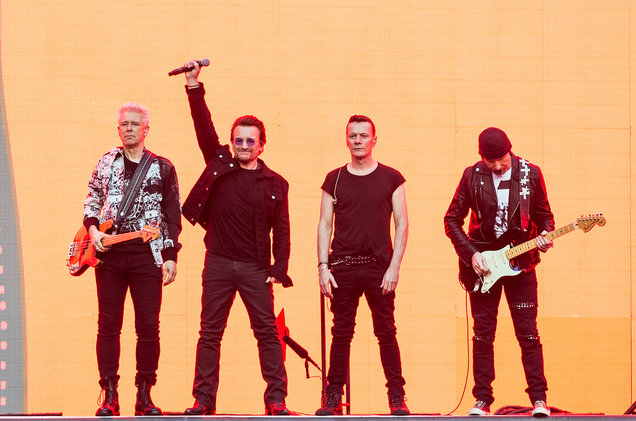 ‘One of my favorite things is to hear how our songs get reinterpreted,’ The Edge says.

U2 unleashes its fourth No. 1 and first in 17 years on Billboard‘s Dance Club Songschart, as “Love Is Bigger Than Anything in Its Way” rises 2-1 (on the list dated July 28). The track from 2017’s Songs of Experience, which bowed as the band’s eighth No. 1 on the Billboard 200 albums chart dated Dec. 23, was remixed by Cheat Codes, Will Clarke, and Funk Hunters, among a host of others.

U2’s The Edge tells Billboard, “One of my favorite things is to hear how our songs get reinterpreted by our club remix collaborators. It’s an even bigger thrill to find out that so many people like the ‘Love Is Bigger’ remixes.

“To be at No. 1 on the Billboard Dance Club Songs chart is huge.”

The death toll in Avengers: Infinity War exceeded all expectations. Sure, we figured Vision would die and perhaps Tony Stark or Steve Rogers if Marvel Studios and Disney were feeling exceptionally cruel. But Doctor Strange, Black Panther, Bucky Barnes and Scarlett Witch?! Pretty much all the Guardians of the Galaxy, too?! And even Spidey? As Nick Fury and Maria Hill collapsed into dust in the post-credits scene, it just felt like one more twist of the knife. But […]