George Clooney has the world’s most handsome face 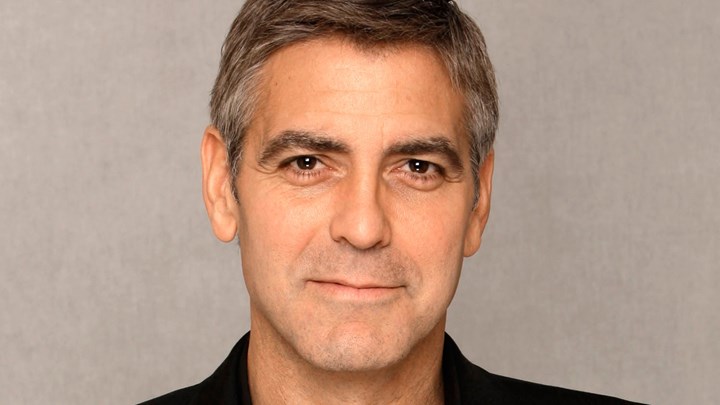 He’s regarded as one of the world’s biggest pin-ups and now scientific research has officially confirmed that George Clooney has the world’s most handsome face.

The 56-year-old actor’s features were found to be 91.86 per cent accurate to the Greek Golden Ratio of Beauty Phi – which for thousands of years was thought to hold the secret formula of perfection.

Using the theory, computer mapping technology also found Ryan Gosling had the perfect nose, Harry Styles had the most beautiful eyes and the best chin, and David Beckham had the most perfectly shaped face.

Clooney, who last month became the father of twins Ella and Alexander with his lawyer wife Amal, was tested with the latest facial mapping techniques by Harley Street surgeon Dr Julian De Silva.

His eyes, eyebrows, nose, lips, chin, jaw and facial shape were measured and came closest to the Greeks’ idea of perfection.

Bradley Cooper came second with 91.80 per cent, Brad Pitt was third with 90.51 per cent, One Direction singer and Dunkirk star Harry Styles was fourth with 89.63 per cent and David Beckham was fifth with 88.96 per cent accuracy of his features to the beauty ratio Phi. 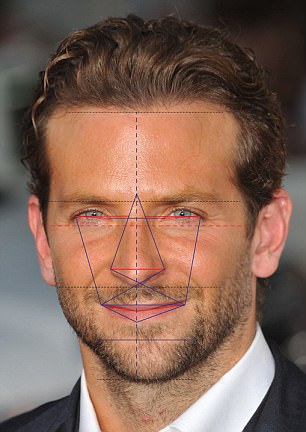 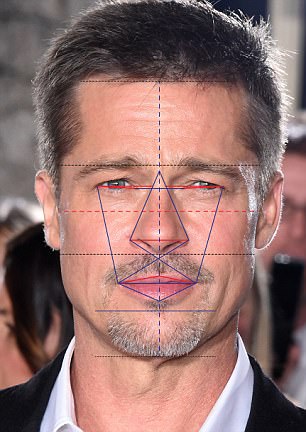 Bradley Cooper, left, came second with 91.80 per cent, Brad Pitt, right, was third with 90.51 per cent. The Greek Golden Ratio of Beauty Phi was thought to hold the secret formula of perfection 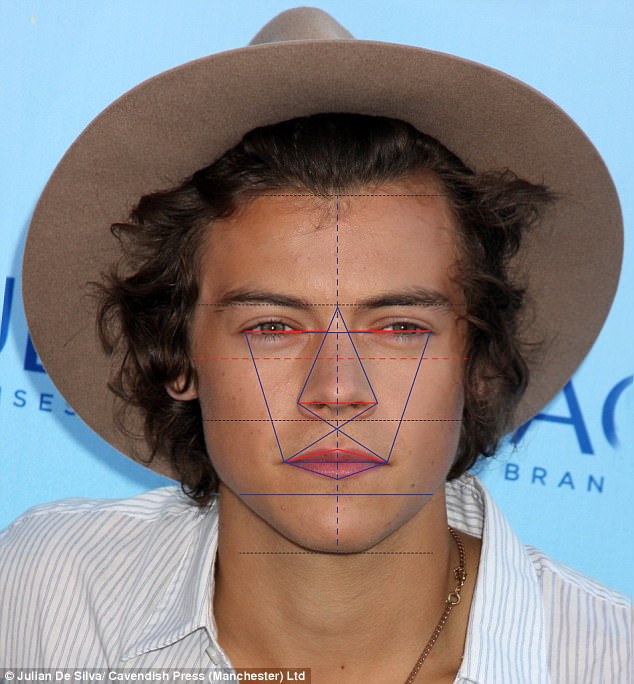 Harry Styles came out top of the most perfect chin measurements, with an almost perfect score of 99.7 per cent 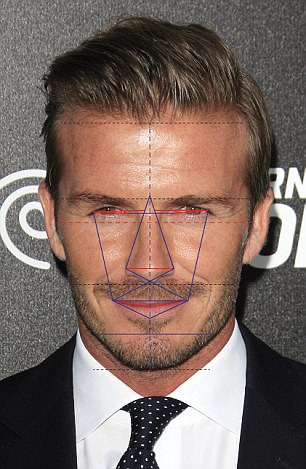 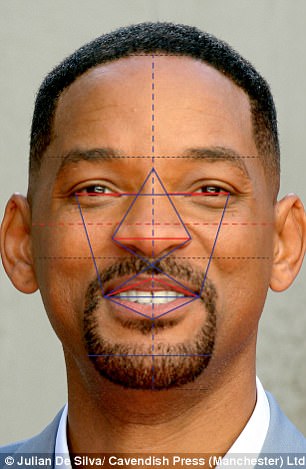 David Beckham, left, has the most perfect face shape; figures are calculated from measuring the three sections of the face – the forehead from hairline to top of the nose, the nose itself from top to base, and from the base of the nose to the bottom of the chin should all be of equal length to score a perfect 100 per cent. Will Smith, right, came in sixth place overall

Dr De Silva, who runs The Centre For Advanced Facial Cosmetic And Plastic Surgery in London, said: ‘George Clooney has been feted as the world’s most beautiful man for decades – and it is great that his status has now been proved by science.

‘He has beautiful facial symmetry and gets closer than any other man to having what the Greeks considered the perfect face.

‘George had a near perfect ratio of nose to lip dimension of 99.6 per cent and his chin and eye spacing were almost perfect as well. Across the 12 key markers he had the highest combined score.

‘These brand new computer mapping techniques allows us to solve some of the mysteries of what it is that makes someone physically beautiful.

‘The Phi ratio of 1.618 has long been thought to hold the secret of beauty, and now with the computer mapping we can calculate exactly how it applies to men.’

The Golden Ratio was a mathematical equation devised by the Greeks in an attempt to measure beauty.

While the ratio can be applied to anything and was used by Leonardo Da Vinci for the perfect human male body in his famous work the Virtruvian Man.

The premise behind this is that the closer the ratios of a face or body are to the number 1.618, the more beautiful they become. 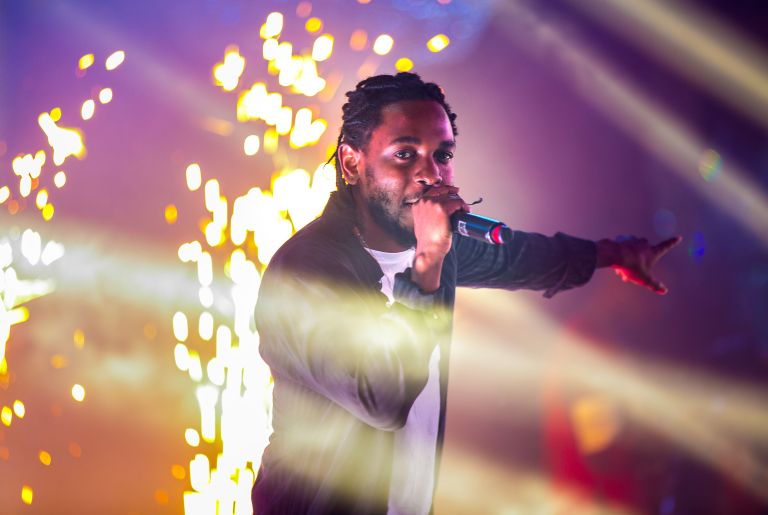 Kendrick Lamar and his video for “Humble” led the way with eight nominations today as the MTV Video Music Awards noms were announced. Katy Perry and The Weeknd landed five noms apiece for the show, which will air live August 27 from the Forum in Inglewood, CA. Like MTV’s earlier Movie & TV Awards, the network has combined categories to remove gender designations, with the former Best Female Video and Best Male Video categories combined to become […]