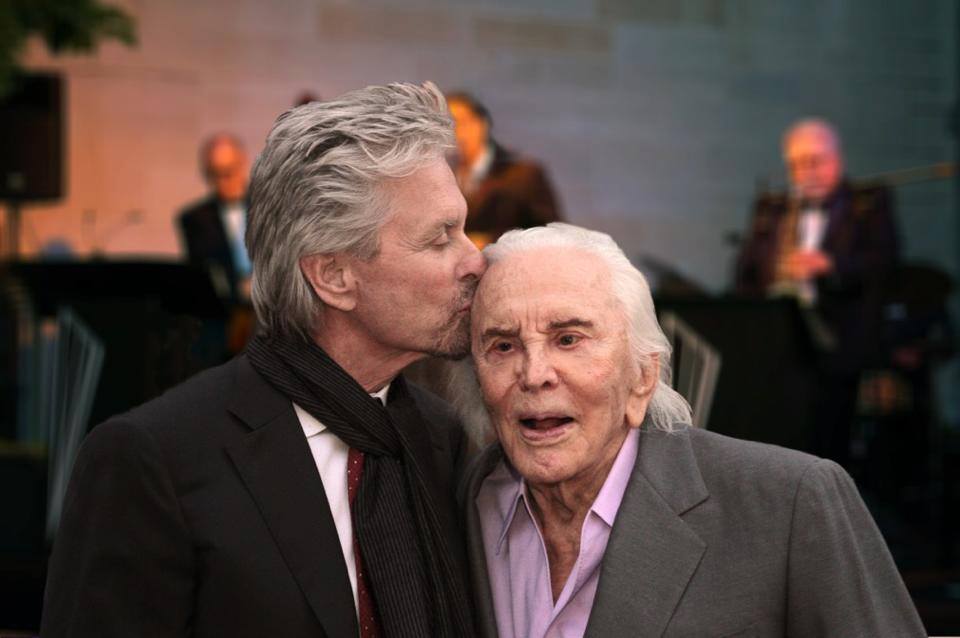 Kirk Douglas celebrated his 100th birthday with a party attended by some of the biggest names in Hollywood.

His son, Michael Douglas, and daughter-in-law, Catherine Zeta-Jones, were in attendance, as well as other members from the Douglas clan, including Michael and Catherine’s two children, Dylan Michael and Carys Zeta.

About 135 guests arrived to a private room in the Beverly Hills Hotel at about 2:30 p.m. on Friday before later gathering at tables named after some of his favorite films. Kirk’s family table was named, “Lonely Are the Brave.”

“It’s Kirk’s favorite film of his,” a source tells PEOPLE.

The Douglas family arrived at the hotel at 3:00 p.m., with Kirk wearing his rust-colored tweed jacket, comfortable shoes and plain slacks.

His son, Michael, kicked off the speeches, saying, “I owe a lot of my career and success to him,” and remembering how his father gave the reins of One Flew Over the Cuckoo’s Nest to him when Kirk couldn’t make a deal on it.

Michael also played tribute to his stepmother, Anne, who has been married to Kirk for 62 years.

“She was never the wicked stepmother. My father wouldn’t be sitting here if it wasn’t for Anne,” he said. He also added an emotional message to his father, “He is always asking about what kind of father he was. Dad, you are an amazing, amazing father.”

Anne paid tribute to her husband, calling him her “friend” and “lover,” before turning to her stepson, Michael, and thanking him for doing “such wonderful things at a time he needs them most.”

Zeta-Jones lit the candles on the birthday cake — a chocolate cake from The Butter End with a gold bust of Kirk’s head on top — and led everyone in a rendition of “Happy Birthday.”

The wishes were quickly followed by Kirk’s speech, where he jokingly told the crowd, “My three boys got together and they took a vote and they decided that Michael would be the host because, after all, he has the most money.”

Spielberg arrived late and on crutches, after suffering an accident on set about a week ago. He delivered a speech in which he mentioned that his own father, Arnold, was turning 100 years old in February.

“I’ve worked with the best of them,” he said of Kirk. “But, you’re the only movie star I’ve ever met.”

He spoke of Kirk’s “optimistic ferocity on the screen,” claiming he makes his “actors watch your movies to inspire them.”

The party ended at about 5 p.m., but not before Kirk’s cardiologist, Dr. PK Shah, handed him a large glass of vodka that he’d promised Kirk years ago when he’d forbidden the actor from drinking alcohol.

Back at the Douglas’s house, a source tells PEOPLE the home was jam-packed with flowers from well-wishers … and there were still 100 more on the way from none other than Tony Bennett. 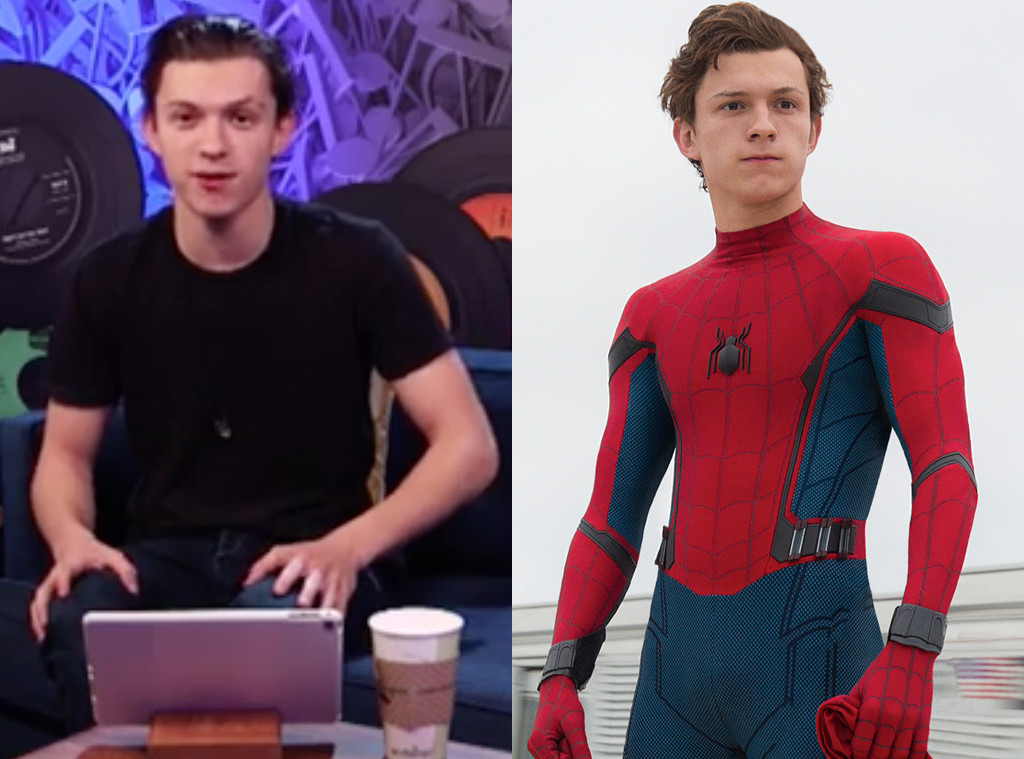 Tom Holland Says He Went Undercover at a High School to Prepare for Spider-Man: Homecoming

Talk about method acting: Tom Holland really is Peter Parker. The 20-year-old British star played a little 21 Jump Street while preparing for his role in Spider-Man: Homecoming by pretending to be a new student at a New York City high school. Holland revealed his undercover operation in a Facebook Live session Friday. "The coolest thing I think I did for the movie was I was enrolled in a high school in New […]