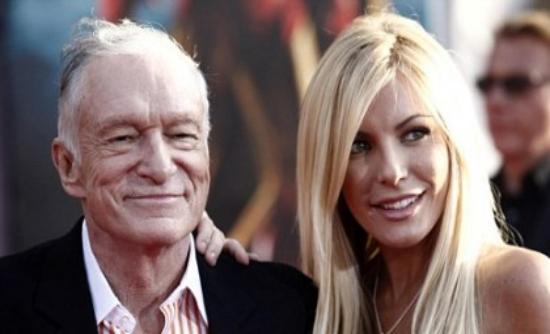 The 32-year-old billionaire owner of Twinkies has added the Playboy mansion in Los Angeles to his collection.

Daren Metropoulos, the son of Greek American billionaire and private equity tycoon C Dean Metropoulos, has bought the infamous home of celebrity pornographer Hugh Hefner for about $200m. He currently lives in a $18m mansion next door and plans join the two properties together to create a 7.3 acre compound.

But, there’s a catch. Metropoulos won’t be able to move into the 29-room Playboy mansion in the exclusive Holmby Hills neighbourhood until its current tenant, “Mr Playboy” dies. Hefner is 90.

“We can confirm that the Playboy Mansion is in escrow with Daren Metropoulos as the buyer,” a Playboy Enterprises spokesman told the Guardian. “Due to confidentiality restrictions, we are not able to comment on any specifics, including what contingencies need to be cleared to close the sale.”

Metropoulous, whose private equity firm bought Twinkies-owner Hostess Brands in 2013 and previously bought and sold Pabst Blue Ribbon (PBR) beer, did not respond to requests for comment. He told the Wall Street Journal that: “The heritage of this property transcends its celebrity and to have the opportunity to serve as its steward would be a true privilege.”

The young entrepreneur is no stranger to the Playboy mansion. In 2013 he and his brother Evan hosted a party with Snoop Dogg in the mansion’s grounds where they partied with Hefner and the Playboy bunnies.

The mansion, which Playboy Enterprises bought for just over $1m in 1971, boasts according to its $200m listing, 12 bedrooms, a wine cellar, home theater, separate game house, gym, tennis court, a swimming pool “with a large, cave-like grotto” and, of course, an official zoo license and pet cemetery.

Playboy put the property up for sale earlier this year as part of the magazine’s restructuring as it struggles in an age of boundless free internet pornography. At the time Playboy’s chief executive Scott Flanders promised that Hefner would not be asked to leave the property until he dies. “The Playboy mansion has been a creative center for Hef as his residence and workplace for the past 40 years, as it will continue to be if the property is sold,” Flanders said.

A-list celebrities are regularly invited into the estate’s gates, past the “Playmates at Play” sign, to extravagant parties where alcohol flows freely and scantily clad women abound. Leonardo DiCaprio, Rihanna and Naomi Campbell attended a party there last year.

There is a rumor that John Lennon put a cigarette out on a Matisse there while separated from Yoko Ono. And in March 2015, Playboy reporters found blueprints that showed tunnels built from the mansion to the homes of celebrities including Jack Nicholson and Kirk Douglas.

Hefner said in 2011 that he paid young women living at the mansion with whom he was sexually involved a $1,000-a-week allowance in cash and held them to a 9pm curfew.

One of Hefner’s ex-girlfriends, Izabella St James, wrote in her book Bunny Tales about the mansion’s dirty carpets and stained mattresses. “Although we all did our best to decorate our rooms and make them homey, the mattresses on our beds were ­disgusting – old, worn and stained,” she wrote. “The sheets were past their best, too.”

Then there was the health scare in February 2011, when more than 100 people fell ill after a party at the mansion. Health authorities said it may have been caused by bacteria identified in the whirlpool spa. 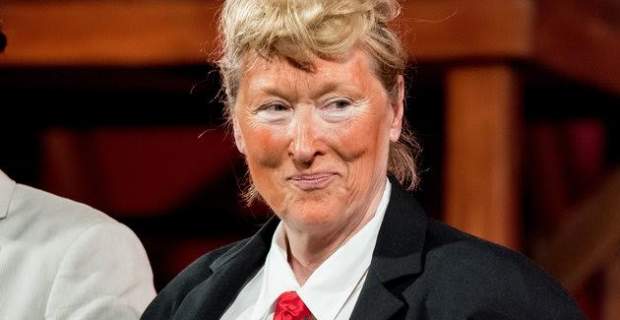 Meryl Streep’s latest physical transformation for a role has taken a red tie, a hairpiece, and a face full of fake tan. The three-time Oscar winner also donned a padded suit to impersonate Donald Trump at the annual Shakespeare in the Park Public Theater Gala in New York City on Monday night. The New York Times said Streep’s Trump was “more than credible ... down to the pursed lips and […]