Was Beyoncé too expensive for Bradley? 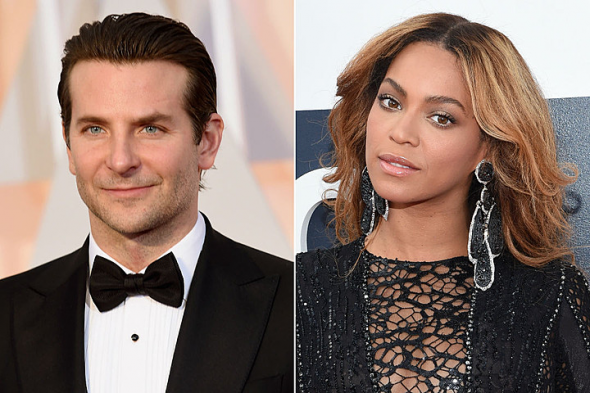 It seems that film fans’ hopes will be dashed after all, as Beyoncé’s mooted appearance in the remake of A Star Is Born appears to have fallen through. The film – set to be actor Bradley Cooper’s directorial debut – won’t star the singer in the lead role because her fees can’t be met by the project’s budget, sources report.

“Beyoncé wanted too much money and Warner Bros balked at her price,” a source told Page Six. “The production budget was also said to be an issue with the studio, so the project has fallen apart.”

The film tells the story of a woman who enters show business and falls in love with an established male star, whose career declines as hers ascends. It has has already been remade twice since its 1937 release, starring Judy Garland in 1954 and Barbara Streisand in 1976.

But Beyoncé’s withdrawal from the film doesn’t mean that it won’t go ahead, sources claim:  “This project is something Bradley has been involved with for a long time. It has gone on the back burner, but he’s still working on it, among other projects.”

Google has hit a milestone for artificial intelligence, as its AlphaGo computer outwitted the world champion of the ancient Chinese board game of Go. “We are very excited about this historic moment,” said Demis Hassabis, chief executive of Google DeepMind, the London-based unit behind AlphaGo. Lee Se-dol, the South Korean who has been the top Go player for a decade, said after the game that he was in “shock” and […]