In a post in its product forums today, Google said that the rollout of the Android 5.1.1 update for Android Wear smartwatches is imminent. And just so, Android Police is reporting that some owners of the LG G Watch and LG G Watch R have already received it. The update adds some great new features, including support for getting notifications on any Wi-Fi network, wrist gestures, and the ability to draw emoji. We laid it all out in our LG Watch Urbane review, which ships with the update already pre-installed.

The update should come to all Android Wear smartwatches, but Wi-Fi support won’t be as widespread. Currently, only the Urbane, Moto 360, Sony Smartwatch 3, and the Samsung Gear Live will support Wi-Fi. The G Watch R does have a Wi-Fi chip inside it, but for now it won’t work (though LG told Android Police that might change someday).

Another thing the update enables is apps that can work in Android Wear’s black-and-white ambient mode. So far, only Google Keep worked for us, but apparently Google Maps is getting installed on some watches as well, and it should support the new mode. But according to Android Central, if it hits your watch without the Wear update, you could be in for a slightly buggy experience.

And yes, the update came just hours after Apple rolled out its first update for the Apple Watch. Touché, Google. 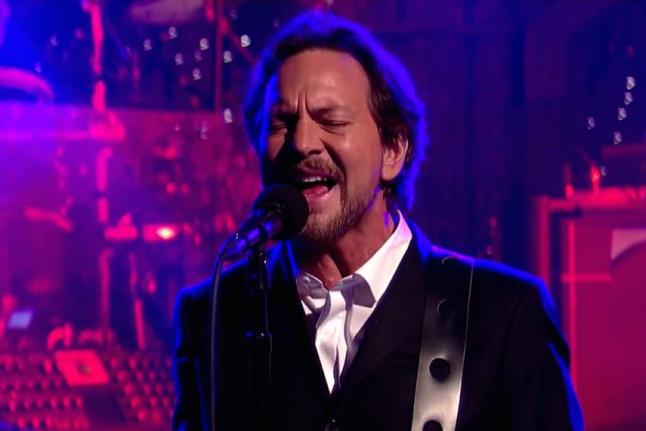 David Letterman has entered his final three days as host of The Late Show, and his guests are each presenting their own version of a proper goodbye. Pearl Jam's Eddie Vedder, alongside Paul Shaffer and the CBS Orchestra, bid his own farewell Monday night with a memorable performance of the classic hit, "Better Man." Before introducing the artist, Letterman noted that Vedder has been on the show multiple times and […]