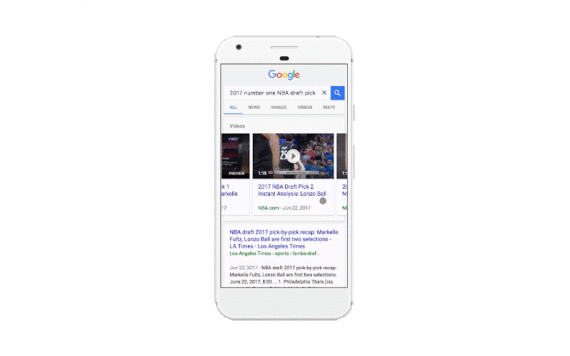 If you’re looking for a video using Google’s mobile search app, thumbnails will most likely come up, but you can’t be sure which among them is the correct one, so you either select them one by one until you get to the right one or choose a random video and hope you get lucky. Google has now changed that.

Google has begun slowly rolling out a new mobile search feature called “video previews,” which sounds self-explanatory. How does it work? Well, if you search for a video of a cat playing the piano, you’ll get several hits. Now, those videos are going to play a preview — about six seconds — so you don’t have to rely on the title and thumbnail alone.

The feature will first debut on Android, appearing on both Chrome and the Google app. It will support English at first, but Google has plans to roll it out worldwide and add more languages. The company also says it wants to expand video previews to other platforms, so it could perhaps come to iOS in the future.

Google says the feature is a way for users to get a better sense of what video they’re searching for. Still, there’s fair reason to think this could clutter up search results and irritate people who are normally annoyed by autoplaying videos. Google actually had tested a similar feature earlier the other week, but that has since ended. Perhaps Google thought of the feature as a better fit for mobile.

Video previews will work readily with YouTube videos, obviously, though Google says it will also work with other providers. Search rank will not be affected by whether or not video platforms support the feature.

Additionally, the video preview will only be available on Wi-Fi, perhaps because it eats a lot of data, which isn’t a good thing for someone who’s connected to a mobile network. If you want the feature enabled when on data, you are free to do so. Finally, if you find it annoying, you can turn it off for good.

Video preview follows a previous feature which put video in “Snippets,” a boxed-in summary of a search result.

“Video previews is the next step in helping you find information faster. More to come — but for now, Search on!” said Google.

What do you think? Will video preview be useful to you or will you find it as annoying as autoplaying ads and videos on the internet? Feel free to sound off in the comments section below! 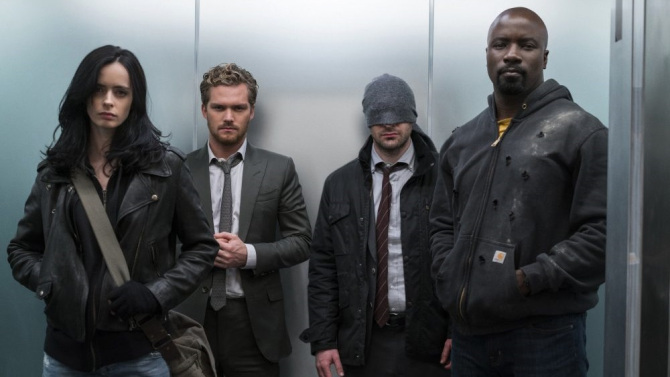 There are no standard “ratings” for Netflix. But “Marvel’s The Defenders,” the streamer’s newest original series in the street-hero franchise, could be one of its biggest hits ever, independent research indicates. The four preceding Marvel series leading up to “Defenders” — “Daredevil” season 2, “Jessica Jones,” “Luke Cage” and “Iron Fist” — were among the top five most-viewed recently released Netflix originals in the first 30 days after their premieres, according […]